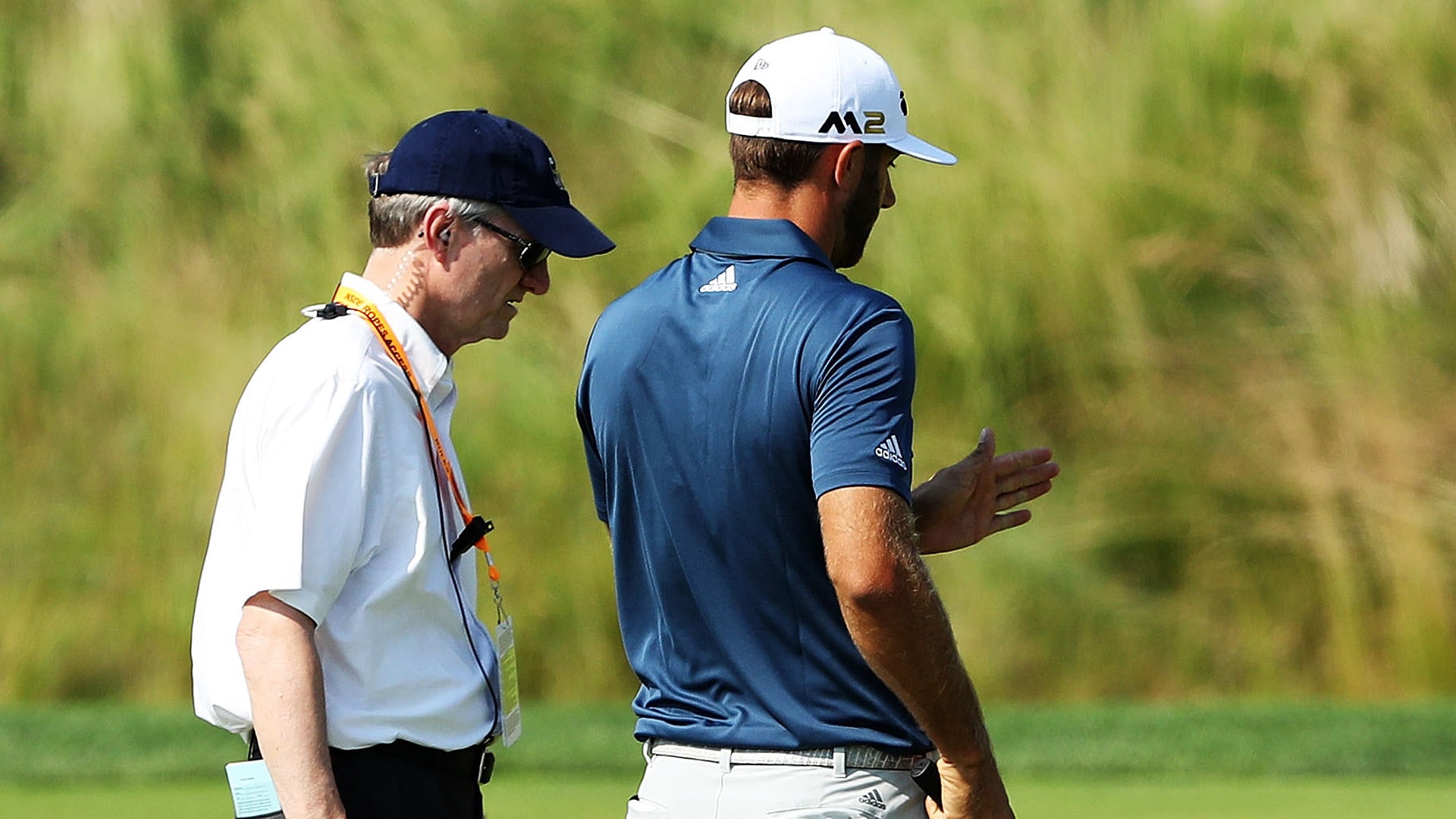 On a welcome rules change:

A little common sense is always a welcome addition, even if it comes six months too late. What players and fans alike knew in real time - that whatever factors conspired to move Dustin Johnson's ball ever so slightly during the final round of the U.S. Open shouldn't have resulted in a penalty - was finally confirmed this week in a new local rule introduced by the USGA.
It's another minor bit of progress, similar to the HD rule introduced a few years ago (if an infraction is visible only through a high-definition camera, it shouldn't be penalized), and shows that the USGA isn't quite as blindly wedded to its arcane rule book as it appeared to be in the Oakmont aftermath. Rest assured, there are still plenty of head-scratching rules contained within its pages, and the governing bodies still seem blissfully ignorant of the threat posed by ever-advancing golf ball technology. But progress comes in a variety of forms, and at least now we can all rest easy knowing we've (hopefully) seen the last rules official meekly step up to a player to question how or why a ball moved a fraction of an inch. - Will Gray

On Leadbetter and Ko's father:

Papa Ko (Gil Hong) and Mama Ko (Tina) aren't comfortable being out front publicly in Lydia Ko's career. They've remained resolutely positioned in the background, until late this fall. They've done a great job not only raising a prodigy, but raising a sweet-natured daughter. Lydia isn't only the Rolex world No. 1. She might be the most adored player on tour. Her sister/manager, Sura, is an older version of Lydia. Obviously, the Kos are doing something right.
But David Leadbetter, Ko's now ex-coach, is right about the practice tee. There can't be two voices there, the way there was in the LPGA's fall finish. With the Kos obviously concerned about Lydia's second-half swoon, Papa Ko got more involved. We all saw him on the range prominently positioned behind Lydia in her work with Leadbetter at the season-ending CME Group Tour Championship. He wasn't just watching and listening. It was like having two cooks in a kitchen, and that's a recipe for an unappetizing stew.
Papa Ko isn't looking to take over as Lydia's swing coach, according to those close to the Kos. They're expecting to announce a new coach in January, before the new season begins. Whoever comes aboard next, it will be interesting to see what the practice tee looks like, and who's really the top chef in charge of the recipe. - Randall Mell

On John Daly, the sequel:

David Duval and stepson Nick Karavites won the PNC Father/Son Challenge, but the biggest star to come out of the silly-season event in Orlando was "Little John" Daly. The Dalys finished 36 holes at 17-under 127, good for a tie for ninth place. “The way LJ played this week, I’m so proud of him,” said Daly the elder.  “He’s been clutch all week. It’s been a great week for me.  The progress for him to see it under the gun, the way he performed, it was incredible.” "Little John," whose real name is John Patrick Daly, is 13, the son of Daly's fourth wife, Sherrie Miller, and attends the Gary Gilchrist Golf Academy in Clermont, Fla. He has played on the U.S. Kids Golf Tour and won a tournament in 2015. In the Father/Son, he displayed a solid-looking swing and a deft touch with his short game. Not to mention his faather's fashion sense. Perhaps there will be a John Daly on the PGA Tour again after all. - Al Tays