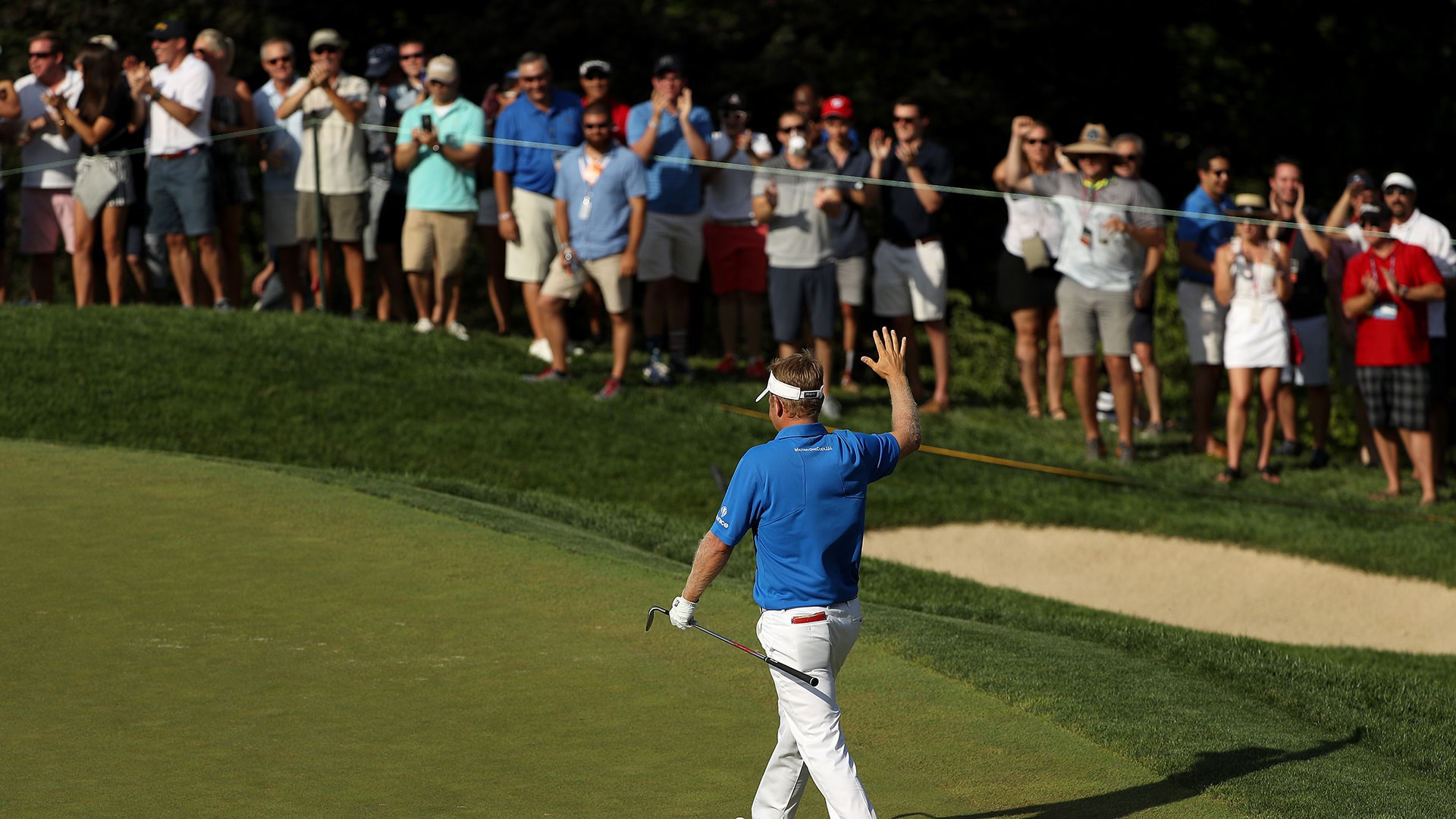 On Billy Hurley's win at the Quicken Loans ...

Some stories transcend sports. Stories like Billy Hurley III, who won on Sunday at the Quicken Loans National in his 104th start on the PGA Tour. Players win every week on Tour, but Hurley was more than just another player.

A graduate of the U.S. Naval Academy, Hurley joined the Tour in 2012 but twice failed to retain his card. But it’s his resilience to overcome the death of his father, Willard Hurley Jr., who went missing just before last year’s Quicken Loans National, which is so impressive. Two weeks after Hurley’s father went missing he was found dead from a self-inflicted gunshot wound.

Winning on Tour is always emotional, and one can only imagine the emotions Hurley had to deal with on Sunday. – Rex Hoggard

On yet another young talent making noise ...

Make room for another member of the celebrated Class of 2011 on the PGA Tour.

Ollie Schniederjans was seen as a can’t-miss prospect coming out of Georgia Tech, but he missed qualifying for the Web.com Tour Finals last year by the thinnest of margins. It meant a full season on the developmental circuit this year, but Schniederjans earned a promotion for the 2016-17 season with his playoff win Sunday at the Air Capital Classic.

Schniederjans grew up playing junior golf alongside the likes of Jordan Spieth and Emiliano Grillo, and he has taken a path to the big leagues trod by Justin Thomas just a couple years ago.

Schniederjans showed last year at the Open Championship (T-12) that he has the chops to compete with some of the game’s best players, even on a big stage. Expect him to start proving that point once again this fall. – Will Gray

On Lydia Ko's third win of the season ...

But it's important to appreicate this amazing talent, because she has already hinted at an early retirement, ala Lorena Ochoa.

At just 19 years old, Ko has won 13 titles and two majors. Just this year alone, she has three titles, one major and nine top-6 finishes in 12 LPGA starts.

With three majors left, Ko has a chance to put together another historic season. – Ryan Reiterman