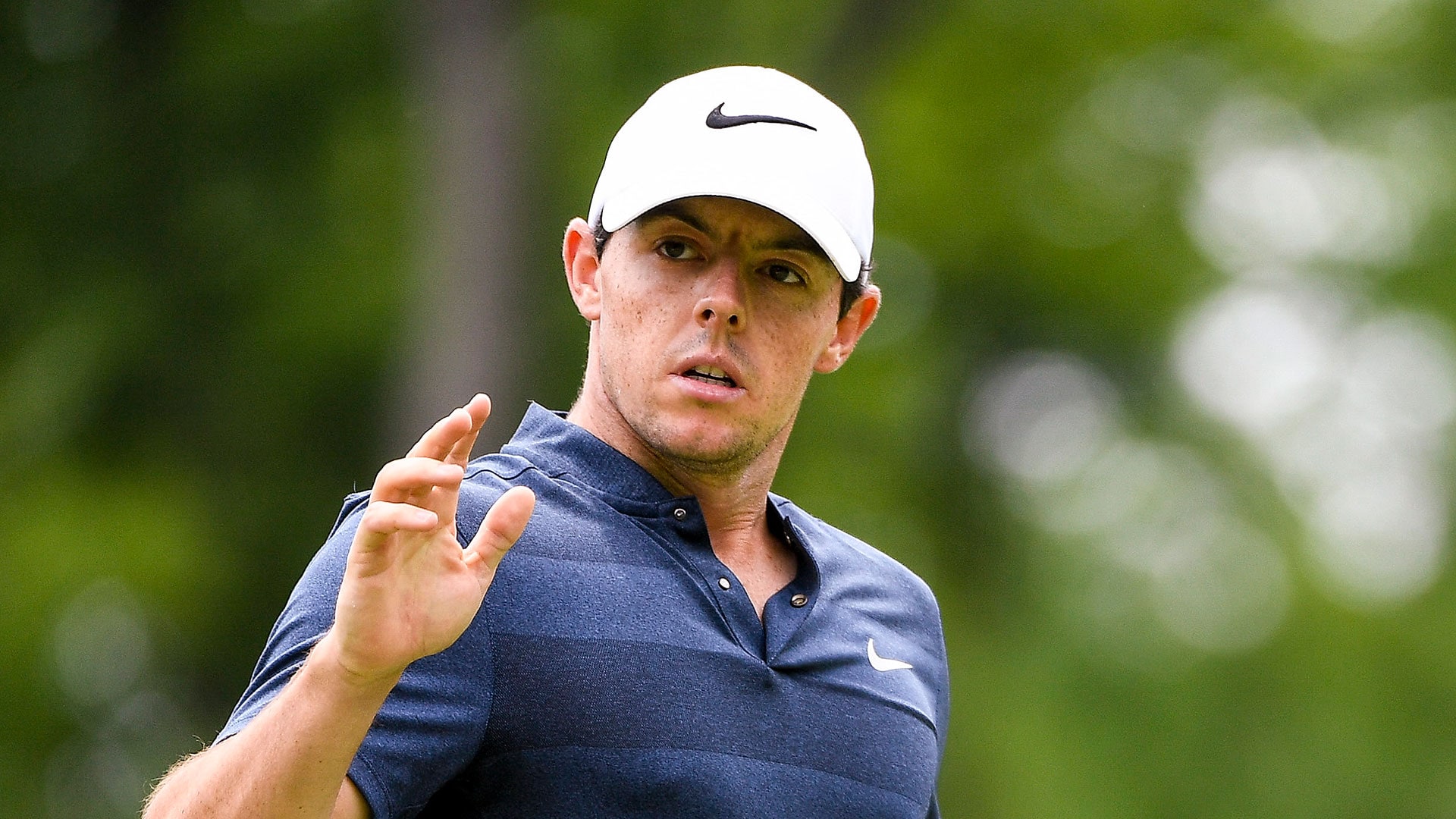 With the world’s top three players all entering this week off a win, the one best able to maintain that momentum in Ohio was, somewhat surprisingly, Rory McIlroy.

Jordan Spieth was the one who had the best record at Muirfield Village entering the week, and Jason Day managed to contend heading into the final round. But over 72 holes it was McIlroy who played the best, spinning a final-round 68 to finish in a tie for fourth. What’s more, McIlroy bested nearly the entire field in both strokes gained tee-to-green and strokes gained putting.

McIlroy came up two shots short because of some iffy play around the greens. But both the results and stat line should bolster McIlroy as he heads to Oakmont to begin his formal U.S. Open preparation. The biggest takeaway should be on the greens, where McIlroy switched back to a conventional grip to begin the week and still managed to hole putt after putt, essentially validating the decision to move away from his brief experimentation with a cross-handed grip.

According to many sports books, Day, Spieth and McIlroy are essentially co-favorites for the season’s second major. After a strong performance at the Memorial, though, McIlroy may have just inched to the front of the pack. - Will Gray

On Donald Trump and the PGA Tour leaving Doral ...

Whatever your thoughts on presidential politics and Donald Trump, the PGA Tour’s move away from Doral is a setback for professional golf.

Doral was traditionally the start of the Tour season before the resurgence of the West Coast swing, anchored the Florida swing and fit seamlessly into the geographical flow of the schedule.

Now, that history – the event was first played at Doral in 1962 – is gone, not to mention the flow of the Sunshine state schedule, which will likely impact all the events that were played around Doral.

Finding a sponsor willing to share the spotlight with Trump, an issue mentioned by Tour commissioner Tim Finchem, was undoubtedly difficult; but considering all of the unintended consequences it would have been worth the effort. - Rex Hoggard

On Olympic concerns about the Zika virus ...

This past week, cyclist Tejay van Garderen became the first American athlete to withdraw his name from Olympic team consideration.

With his wife pregnant, van Garderen didn’t want to put her or his unborn child at risk if he contracted the Zika virus, no matter how small that risk may actually be. Also last week, a group of 150 health experts called for the Olympic Games to be moved from Brazil, or postponed, because of the threat of the mosquito-borne illness.

Even with assurances from Olympic officials that the rate of infection will be “very near zero” with the Rio Games being played in the Southern Hemisphere’s winter, Zika is sure to be a hot topic of conversation with the world’s best female golfers gathering in suburban Seattle for the KPMG Women’s PGA Championship this week. For Olympic women golfers, who will be spending so much time outdoors practicing and playing in Rio, van Garderen’s decision has to give them pause. - Randall Mell