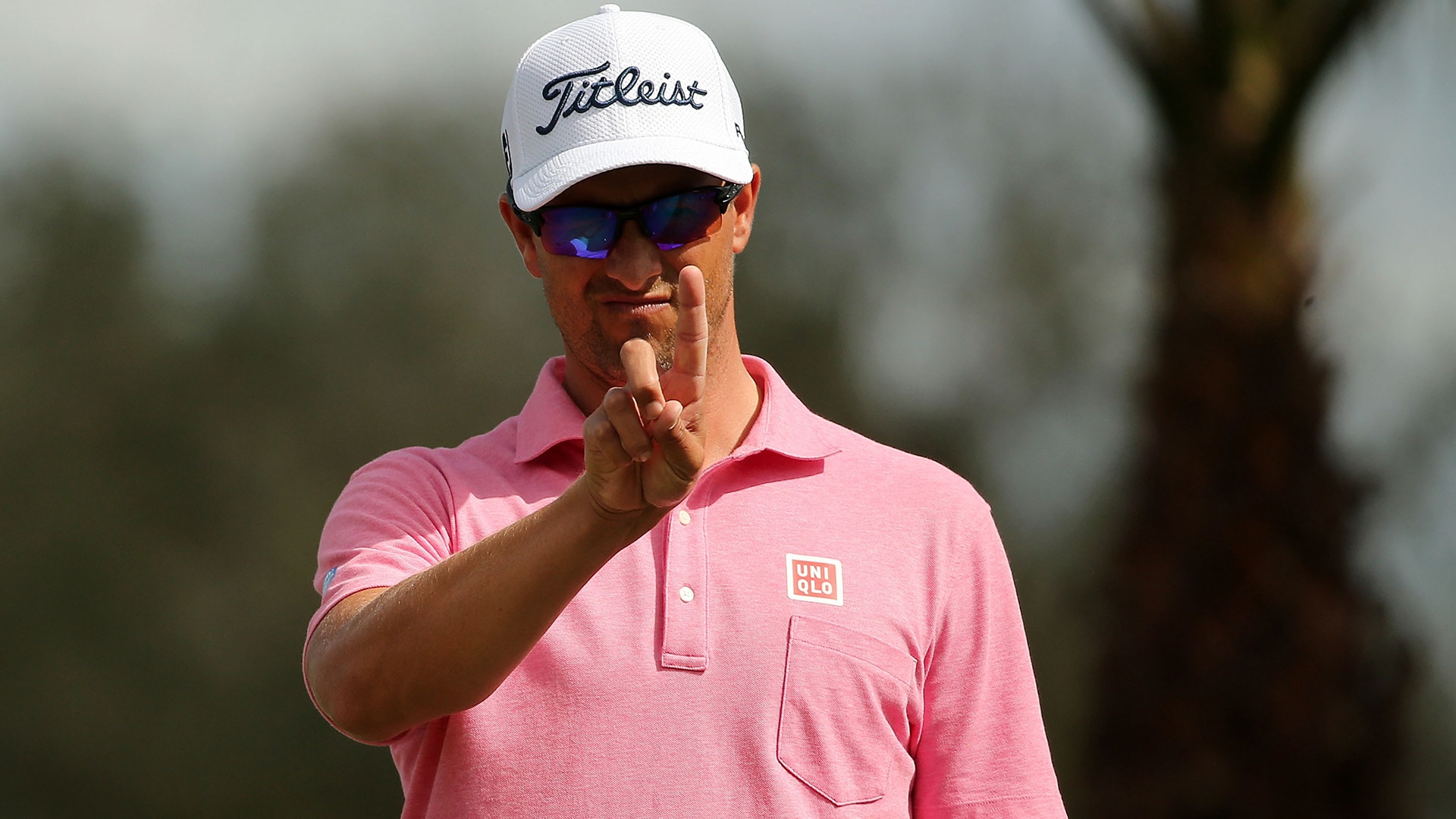 On Adam Scott winning without an anchored putter ...

Few players needed a win as badly as Adam Scott.

Two years removed from his last PGA Tour victory, the Australian had been asked about a gazillion times how he was going to survive the brave new world without an anchored putter. On Sunday his answer was impressive.

A week after finishing runner-up at the Northern Trust Open, Scott held off Sergio Garcia to win his 12th Tour title. For the week Scott gained 2.688 strokes on the field with his putter in just his third start since the USGA and R&A banned anchoring.

Scott said all along he wasn’t worried about making the transition back to a standard-length putter. On Sunday he showed why. – Rex Hoggard

Cite whatever metric or cutoff point you’d like, but the fact remains that Justin Thomas’ absence from Thursday’s gathering of potential U.S. Ryder Cup participants was a mistake.

Thomas won earlier this season at the CIMB Classic in Malaysia, but the rule that fall events don’t count for Ryder Cup points meant that guys like Thomas, Kevin Na and Kevin Kisner won’t get their just due for strong stretches of play. Unable to get anything going on the West Coast Swing, Thomas was 45th in points this week when the top 40 were invited to dine with captain Davis Love III and pick the brain of host Jack Nicklaus.

Thomas’ T-3 finish at the Honda Classic will help him move up the standings, but it doesn’t forgive the oversight. At age 22, Thomas has minimal scar tissue, a strong match-play record as an amateur, an expressed desire to make the team at Hazeltine and a recent PGA Tour trophy on his mantle.

Round up the usual suspects. That’s what it’s beginning to feel like with past Masters winners rounding into form with a trip to Augusta National just six weeks away.

Scott’s victory at the Honda Classic just a week after his tie for second-place at the Northern Trust Open shows he’s still a real threat three years after winning amid the Georgia pines.

Who’s next? What former Masters winner is going to step up at Trump Doral? Could this be Phil Mickelson’s week? – Randall Mell