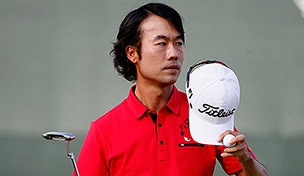 Getty Images
CHARLOTTE, NC - MAY 06: Rickie Fowler hits a shot on the 10th hole during the second round of the 2016 Wells Fargo Championship at Quail Hollow Club on May 6, 2016 in Charlotte, North Carolina. (Photo by Streeter Lecka/Getty Images)
-

Each week, GolfChannel.com takes a look back at the week in golf. In this edition of After Further Review, our writers weigh in on the pace-of-play issue that reared its ugly head again at this week's Tour stop, the latest in John Daly's world and a brutal Florida swing that may or may not be the best preparation for Augusta.

The subject of slow play once again reared its ugly head this weekend, with Kevin Na playing in the final pairing during both weekend rounds. And once again, amateur golfers were up in arms that a professional twosome needs close to four hours to finish 18 holes while hackers can play their Sunday morning foursome in 30 minutes less. With a nod toward common sense, let's stop comparing the two. That's like me saying I'm a more conscientious driver than anyone in NASCAR because I've never wrecked making a left turn. We're talking proverbial apples and oranges here. If you don't believe it, try this neat little experiment the next time you peg it at the local muni: Play a match for $10,000. That's less than one percent what the winner of a PGA Tour event receives. Suddenly, you'll be double-checking the wind and reading putts from behind the hole and will undoubtedly understand what should be the mantra for Na and other pros accused of slow play: The higher the stakes, the longer it takes. – Jason Sobel

John Daly continues to receive sponsor exemptions on the PGA Tour … why, exactly?

Because he’s a two-time major champion? Sorry, but his most recent major triumph was 19 years ago. Jordan Spieth was about to celebrate his first birthday. At least use an excuse from this century.

Daly, No. 582 in the world, has made five sponsor-aided starts this season – or one more than talented up-and-coming American Peter Uihlein, who is No. 73 in the world. Something is wrong with that picture. – Ryan Lavner

The Florida swing is no place to go to get your game ready for the Masters. Not anymore. Really, you have to play the West Coast swing just to get your game in fighting shape to survive the brutish Florida swing. If your game isn't quite right, you don't go and play PGA National, the new Trump National Doral, Innisbrook and Bay Hill to work things out. All you'll get is your confidence beaten to a pulp.

For the first time in the history of the Florida swing as we know it, the winners of the first three legs of the swing did not reach double digits under par. That's going all the way back to 1962 and the creation of the Doral Tour stop.

Russell Henley won the Honda Classic at 8 under, Patrick Reed won the WGC- Cadillac Championship at 4 under and John Senden won the Valspar Championship Sunday at 7 under. There isn't a major in March, but it's the toughest month on the PGA Tour schedule.

On the other hand, if you play the Florida gauntlet well, you can go to Augusta National with a load of confidence. – Randall Mell