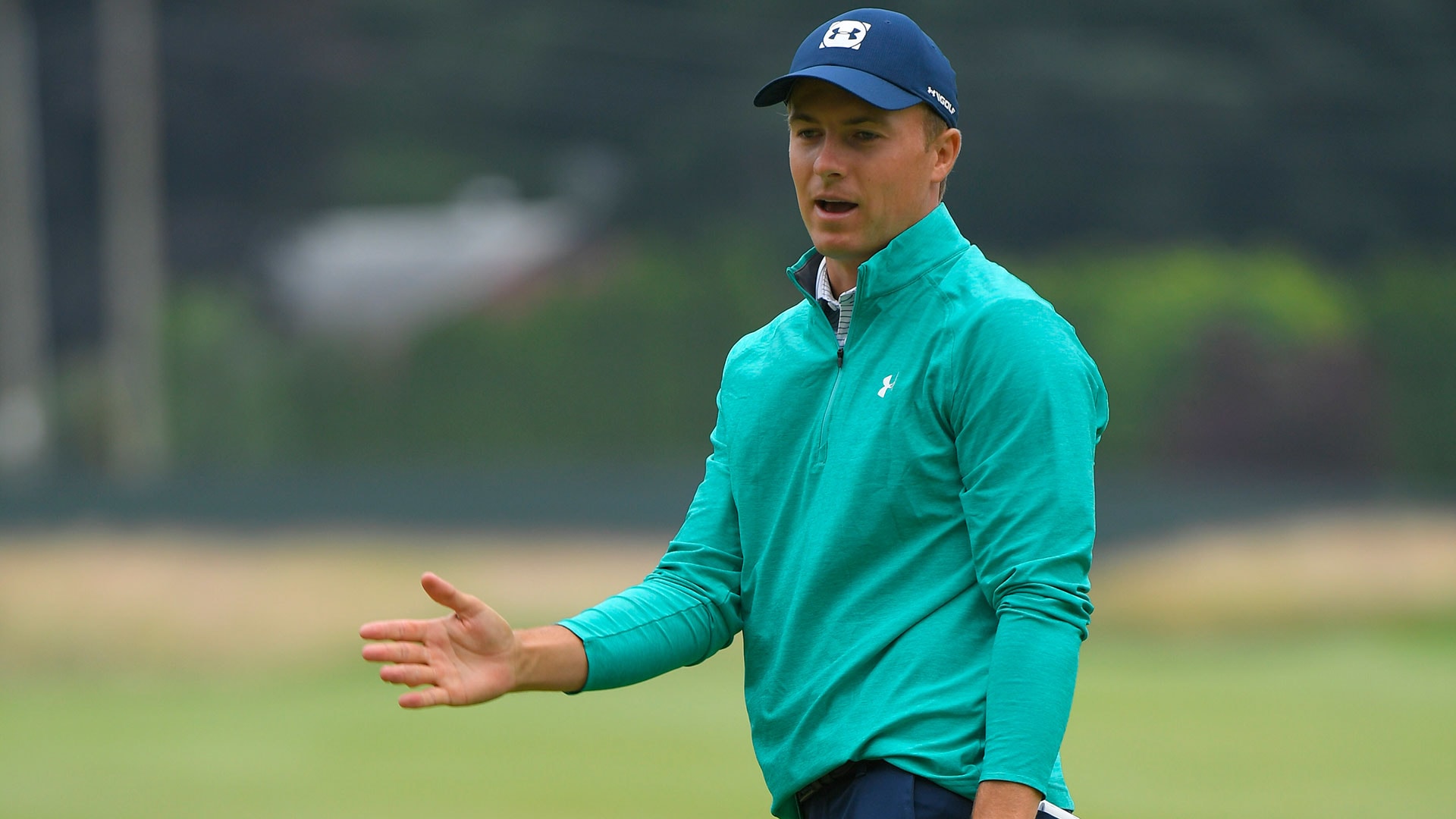 Jordan Spieth is heading for a break, and that’s probably a good thing.

Spieth just wrapped a run of six events in seven weeks that featured largely underwhelming results. A third-place finish at the Masters that stemmed from a nearly-historic final round deflects attention away from the fact that Spieth has yet to enter a final round this year less than six shots off the lead.

A return to his home state didn’t work, nor did a fight against par at Shinnecock or a title defense outside Hartford where everything went so well a year ago. His putting woes appear to have bottomed out, as Spieth finished 21st in putting at Travelers, but now the alignment issue that plagued his putting appears to have bled into other parts of his game.

So heading into another title defense next month at Carnoustie, Spieth plans to take some time off and re-evaluate. Given how fast things turned around last summer, that might prove to be just what he needs. - Will Gray

On the difference between this week and last week ...

There wasn’t a single outraged tweet, not a lone voice of descent on social media following Bubba Watson’s victory at the Travelers Championship, a 17-under par masterpiece that included a closing loop of 30.

Nobody declared that golf was broken, no one proclaimed the royal and ancient game a victim of technology and the age of uber athletes. The only response was appreciation for what Watson, a bomber in the truest form, was able to accomplish.

At 6,840 yards, TPC River Highlands was built for fun, not speed. Without wild weather or ill-advised hole locations and greens baked to extinction, this is what the best players in the game do, and yet no one seemed outraged. Weird. - Rex Hoggard

On the emergence of another LPGA phenom ...

Add another young star to the favorites list heading to the KPMG Women’s PGA Championship at Kemper Lakes outside Chicago next week.

Nasa Hataoka, the 19-year-old Japanese standout who needed her rookie season last year to acclimate to the LPGA, broke through for her first LPGA title Sunday at the Walmart NW Arkansas Championship.

This wasn’t a surprise to LPGA followers. Hataoka won the Japan Women’s Open when she was 17, the first amateur to win a major on the Japan LPGA Tour, and she has been trending up this year.

Her tie for 10th at the U.S. Women’s Open three weeks ago was her fourth consecutive top-10 finish. She won going away in Arkansas, beating a deep field that included the top nine in the Rolex Women’s World Rankings. She outplayed world No. 2 Ariya Jutanugarn and No. 3 Lexi Thompson on Sunday. - Randall Mell