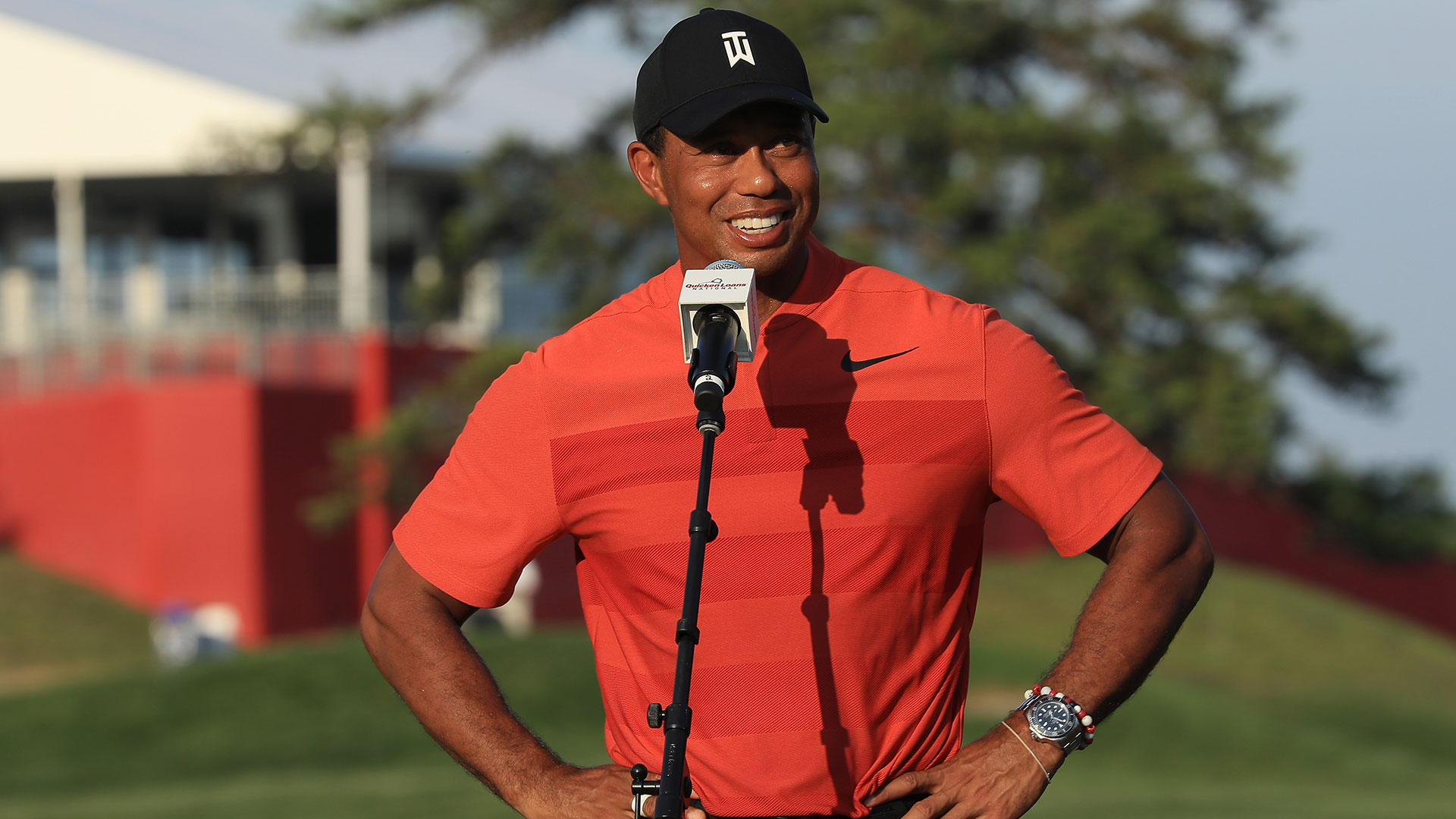 On the future of Tiger Woods' event ...

Tiger Woods’ vision for The National was specific and personal. Woods’ father, Earl, had served in the U.S. Army during the Vietnam War and Tiger wanted an event to honor the military. He also wanted the tournament to be a celebration, holding it in the nation’s capital during the Fourth of July weekend when it began in 2007. The event was played at Congressional, one of the country’s most storied layouts, and initially attracted a strong field.

But slowly things began to unravel. First AT&T, the initial title sponsor, pulled its support; then Congressional, and finally the vast majority of PGA Tour stars.

This week’s field at what will be the last National was one of the year’s weakest, and TPC Potomac is no Congressional. Quicken Loans will hold an event next year in Detroit, but Woods will not be involved. A tournament that started with so much promise and passion will now become a footnote in the history books. Woods deserved better, Washington, D.C. deserved better. - Rex Hoggard

On the success of the KPMG Women's PGA ...

The KPMG Women’s PGA Championship is already a crown jewel in the women’s game. You could say it only took three years, but that wouldn’t be true. It was so impeccably conceived, it was a “Grand Slam” hit in its inaugural year at Westchester Country Club in 2015.

Seamlessly presented, it felt as if it had been a part of the LPGA since the organization’s inception 68 years ago. Players and caddies raved about the PGA’s tough but fair setup at Kemper Lakes this week.

KPMG’s Women’s Leadership Summit, with its “Inspire Greatness” theme, elevates the event with a larger purpose beyond golf. And the historic venues the PGA are successfully pursuing elevates the golf for players, fans and media alike.

A salute to PGA CEO Pete Bevacqua and LPGA commissioner Mike Whan, who made this happen. - Randall Mell