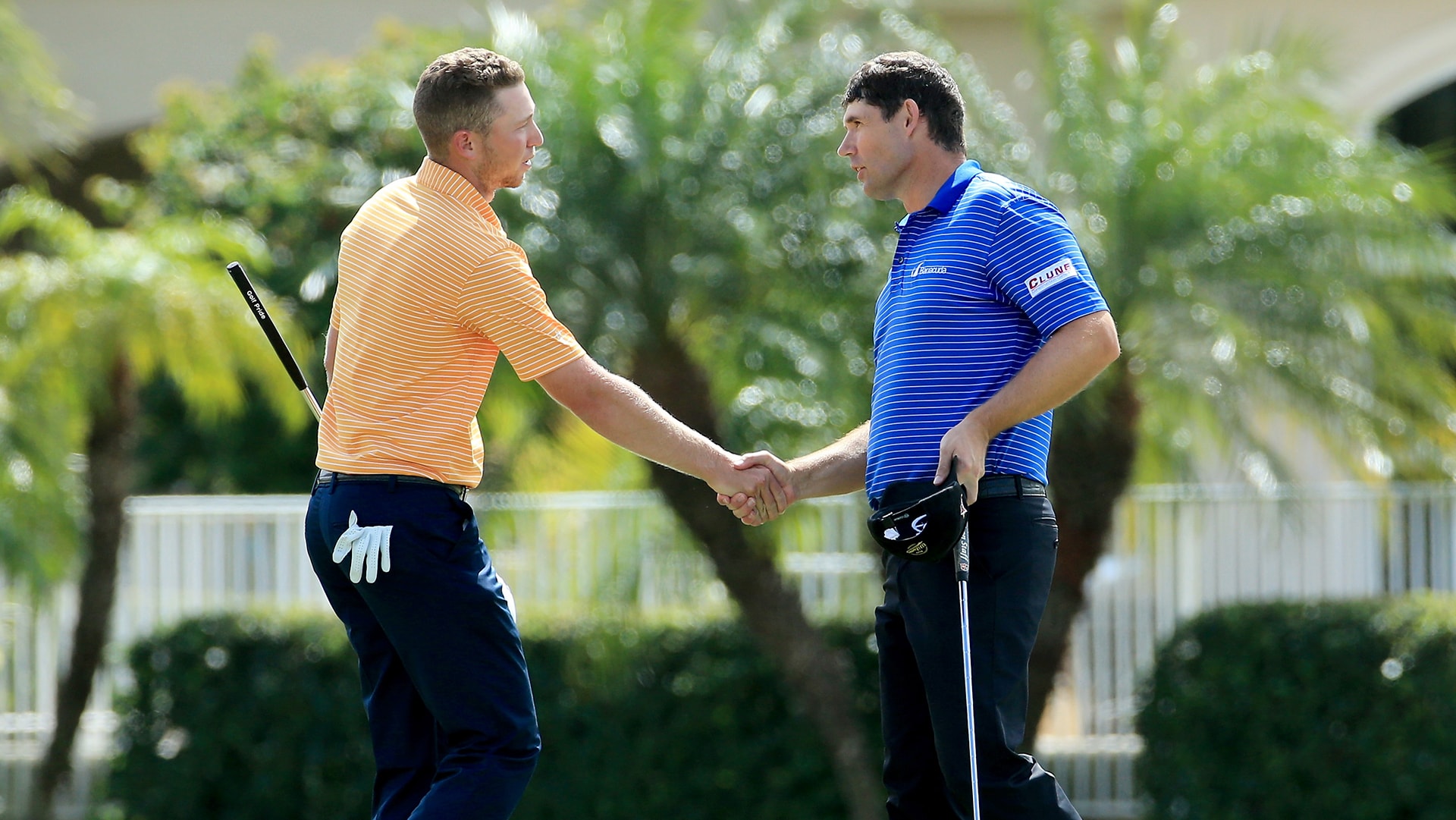 As a rookie last year, Berger was brilliant through the Bear Trap while getting himself in the hunt for a chance to win the Honda Classic. He played the difficult 15th, 16th and 17th holes in 5 under through 72 holes.

Nine shots down starting the final round, Berger closed fast and hard, posting a 64 early and then watching the leaders come back to him. He ended up getting into a playoff with Padraig Harrington after Harrington rinsed a shot at the 17th and made double bogey.

“I wasn't even sniffing a chance, and you get the last three groups coming through there, and the next thing you know, you have a chance to win,” Berger said.

But the Bear Trap turned on Berger in the playoff. He hit his tee shot at the 17th into the water and lost at the second playoff hole.

The playoff led to a friendship between Harrington, 44, and Berger, 22. Harrington is a six-time PGA Tour winner with three major championships on his resume. Berger was the PGA Tour’s Rookie of the Year but is still seeking his first victory.

“I think he's in a great place,” Harrington said. “It's all a learning curve for him at the moment, but I think he comes from the right sort of attitude, that if you want to be a professional golfer out here, you've got to ultimately learn to hustle a bit. He has that. He's a fighter, and if he hits a bad shot, he'll try and get it up and down. He won't worry about the bad shot, and you kind of get that when you're competing a lot out there. The word I use is hustle.”