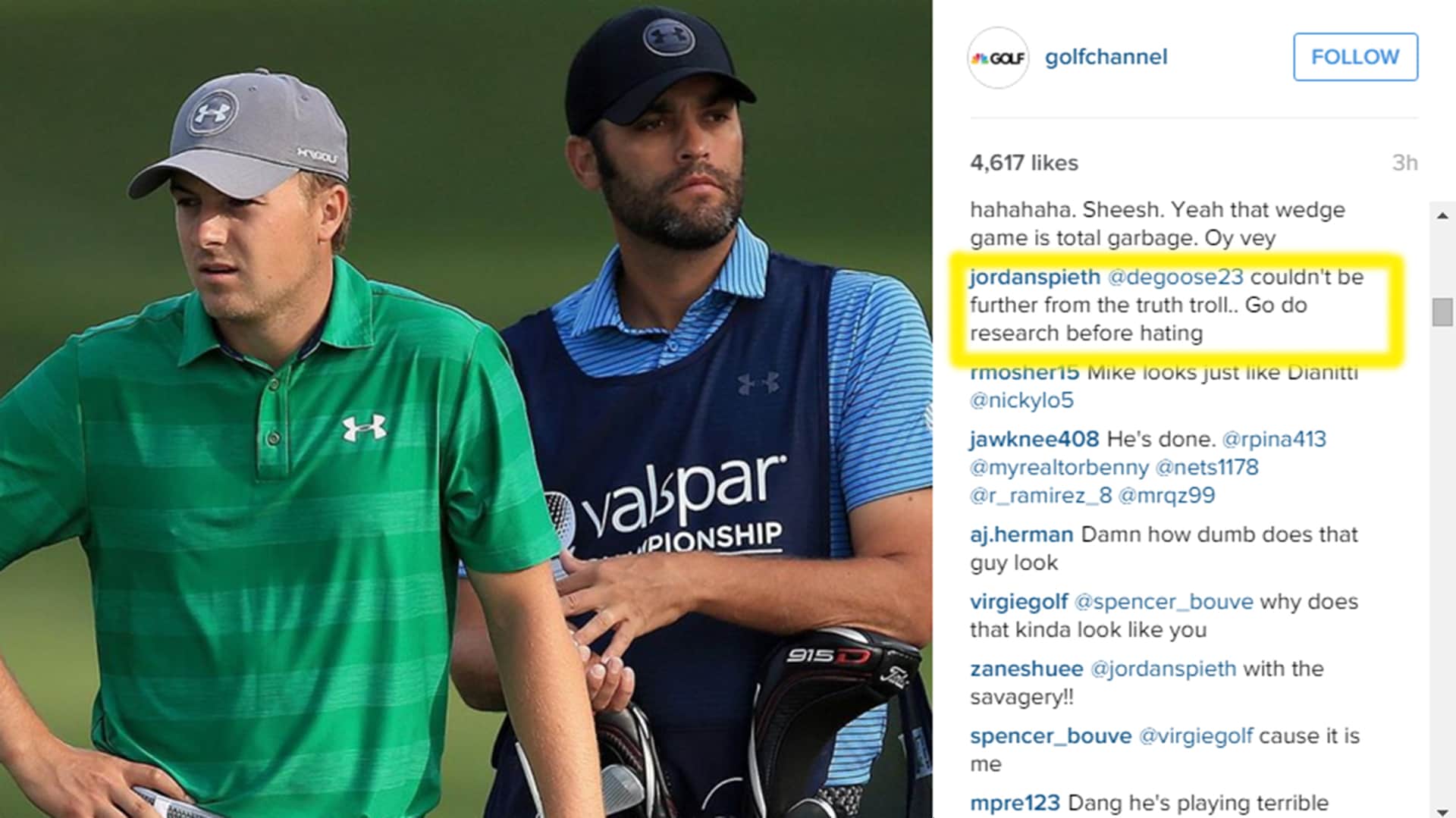 Jordan Spieth made it clear earlier this year at the Hyundai Tournament of Champions that he was looking to limit his social media usage.

“I struggle a bit with social media,” he said. “Trying to quiet the noise there…I’ve just gone away from looking at any comments on Instagram, Twitter. People just want to say stuff just to say stuff."

But after his opening-round 5-over 76 at the Valspar Championship on Thursday, Spieth responded to an Instagram user who wrote: "IF HIS PUTTER IS NOT WORKING, HES GARBAGE. Every other aspect of his game is very average." 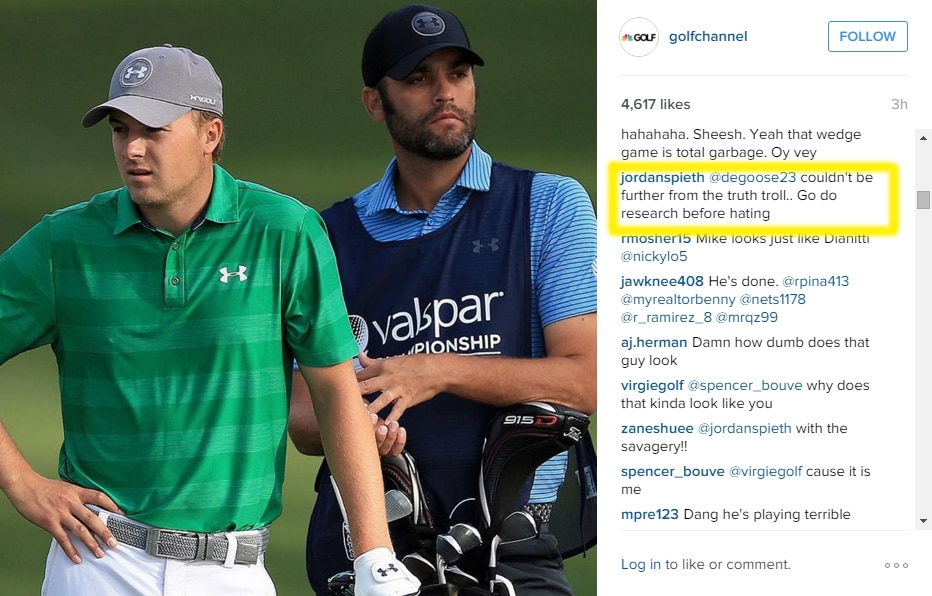 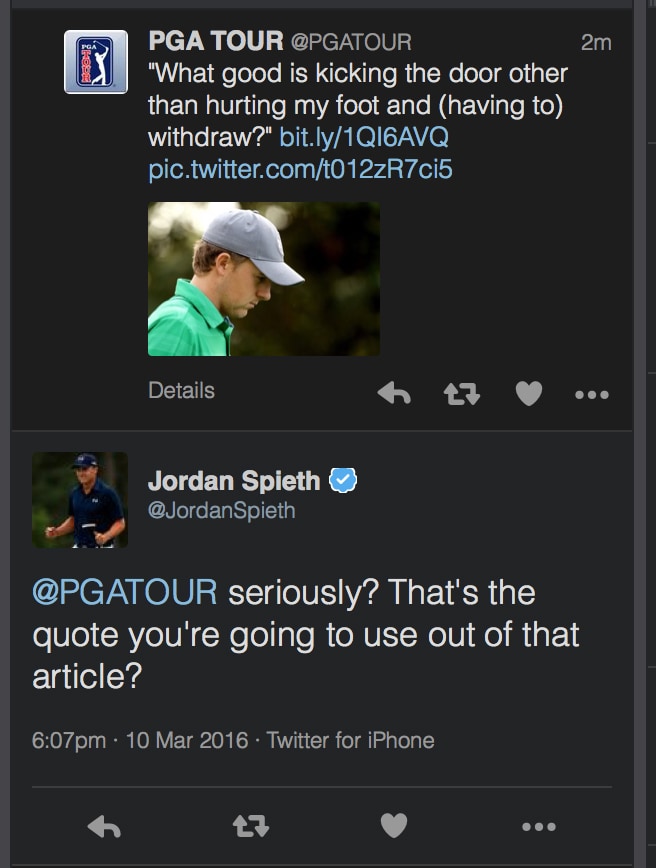 Both Spieth and the Tour have since deleted the tweets. Spieth tees off in the second round at 12:57 p.m. ET on Friday.