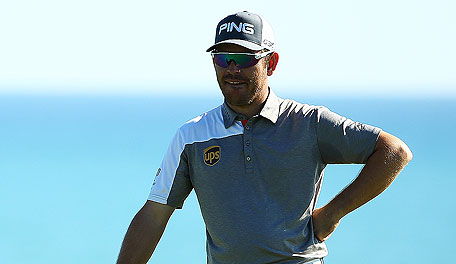 He returns to Whistling Straits playing as well as anyone over the last two major championships. Almost as well as anyone. Oosthuizen finished T-2 at both the U.S. Open and Open Championship, the latter he lost in a playoff. He has three runner-up showings in majors since his victory at St. Andrews five years ago.

“It takes a lot of hard work … to put yourself in (that situation). And that's what you see from top guys winning two, three, four majors. They've got the ability to put themselves in that situation and then pull it off and they have a great victory,” Oosthuizen said. “I think there's only a handful of guys that win more than two majors. It's great to see when they get in that situation to be able to just pull it off.”

Oosthuizen, 32, has not had a lot of major consistency. In 29 career starts, he has five top-10 finishes, compared to 14 combined missed cuts and withdrawals.

However, he's made the most of his times in contention as four of those five top-10s include a trio of second-place finishes and that lone victory.

“I would like to get myself more in those situations to see if I can get that second and maybe even a third major,” he said. “But it's a great place to be in and that's what we all work hard towards to be in that situation, to win a major.”