After T-11 in Phoenix, Mickelson pumped for Pebble 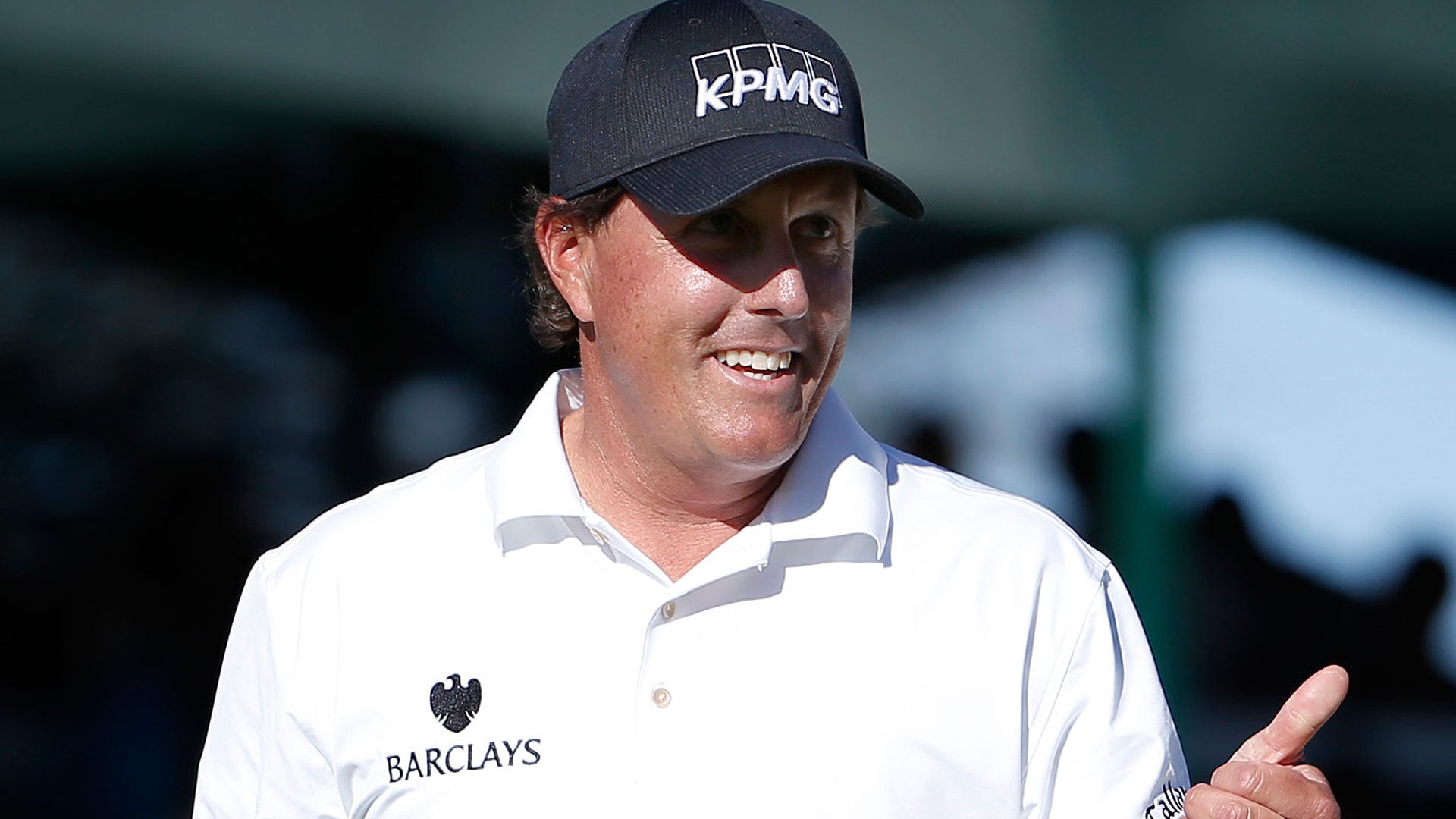 SCOTTSDALE, Ariz. – Phil Mickelson bounced back from a missed cut at Torrey Pines and finished T-11 Sunday at the Waste Management Phoenix Open.

And while he wasn't able to mount a final-round charge at TPC Scottsdale, Mickelson said he gained plenty of momentum this week that he hopes will carry over to next week's AT&T Pebble Beach National Pro-Am.

"I'm having more fun right now playing than I have had in years because I have control of the golf ball," Lefty said. "I feel like the game is starting to feel easy again."

Mickelson will make his fourth start in a row at Pebble, and the four-time AT&T champion is in the middle of a stretch where he is playing six out of seven weeks from the CareerBuilder Challenge – where he finished T-3 – through the WGC-Cadillac Championship at Trump National Doral.

The 45-year-old Mickelson is playing so much early in the season because he's trying to groove his swing changes with new coach Andrew Getson.

So far, the changes seem to be working.

"I look forward to each shot and each event," he said. "I can't wait to get to Pebble."