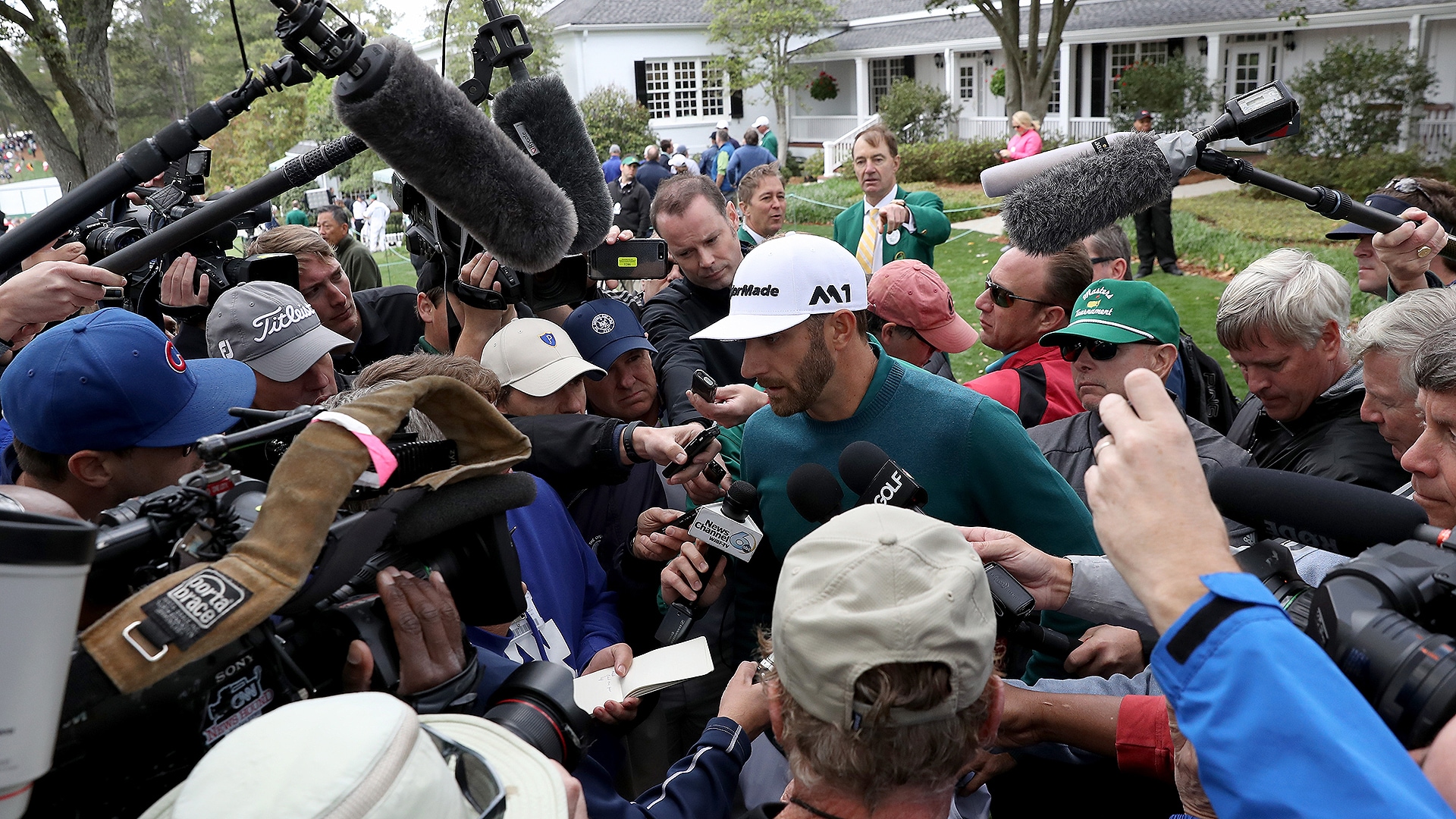 AUGUSTA, Ga. – Dustin Johnson has withdrawn from the Masters.

After a stop-and-start warmup session, Dustin Johnson arrived at the first tee for his 2:03 p.m. starting time but walked off the tee rather than start his round.

"I was doing everything I could to try to play. I just don’t feel like there’s any chance of me even competing," Johnson said.

The pre-tournament favorite slipped and fell down stairs at his rental house late Wednesday afternoon and injured his lower back, making his status questionable for the first round. He detailed Thursday that he was in his socks, heading to the garage to move a car, when he slipped on three steps.

Johnson, winner of his last three PGA Tour events and the No. 1 player in the world, had a therapy session Thursday morning before arriving at Augusta National about 90 minutes prior to his tee time.

At 1 p.m., Johnson stepped onto the tournament practice area and began hitting easy shots with his pitching wedge. After hitting 15 balls, he left the practice area because of tightness and pain in his lower back.

He received more therapy for less than 10 minutes and returned to the range to hit the rest of the clubs in his bag. Johnson’s brother and caddie, Austin, teed up balls for the 32-year-old and he hit just eight shots with his driver before completing his warmup.

After the session, Johnson stood for 5 minutes with swing coach Butch Harmon and Austin, clearly agonizing over whether to play. Johnson also consulted with Fred Ridley, the chairman of Augusta National’s competition committee, before heading to the first tee, asking if he could have treatment on his ailing back during his round, which he would have been allowed.

Ultimately, Johnson walked to the first tee, made practice swings, and then walked off.

"I’m playing the best golf of my career and this is one of my favorite tournaments of the year," he said. "I look forward to it every year. It sucks really bad."

He was in the day's final grouping with Jimmy Walker and two-time Masters champ Bubba Watson.

Rex Hoggard contributed to this story