After watching replay, Phil has explanation for 62 miss 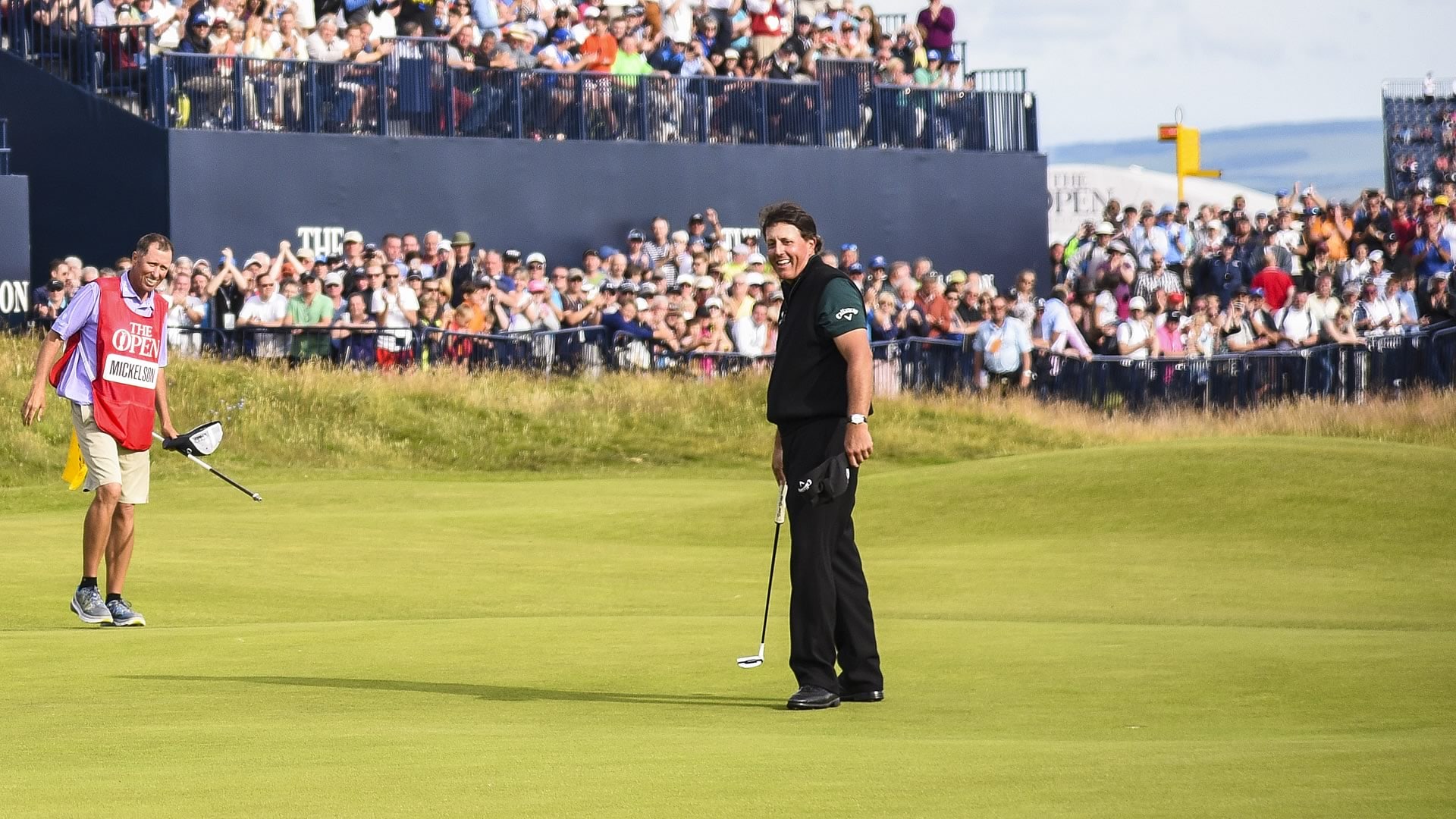 TROON, Scotland – Phil Mickelson had little explanation for why his putt for 62 didn’t drop Thursday night, so he suggested that it must have been the work of the golf gods.

After watching the replay later that night, he now has a clearer idea of what happened on his 16-footer that tracked toward the cup, caught the right edge and spun out the other side.

“It looked like three or four inches short of the hole it hit something and kicked it dead right,” Mickelson said Friday after a second-round 66 put him one shot clear of Henrik Stenson. “I couldn’t figure out how it missed. Obviously, it hit something.”

No one has ever shot 62 in a major, though Mickelson was one of the closest.

And about those golf gods …

“Well,” he said with a smile, “there wasn’t a pebble there before I putted, so somebody threw it down there.”