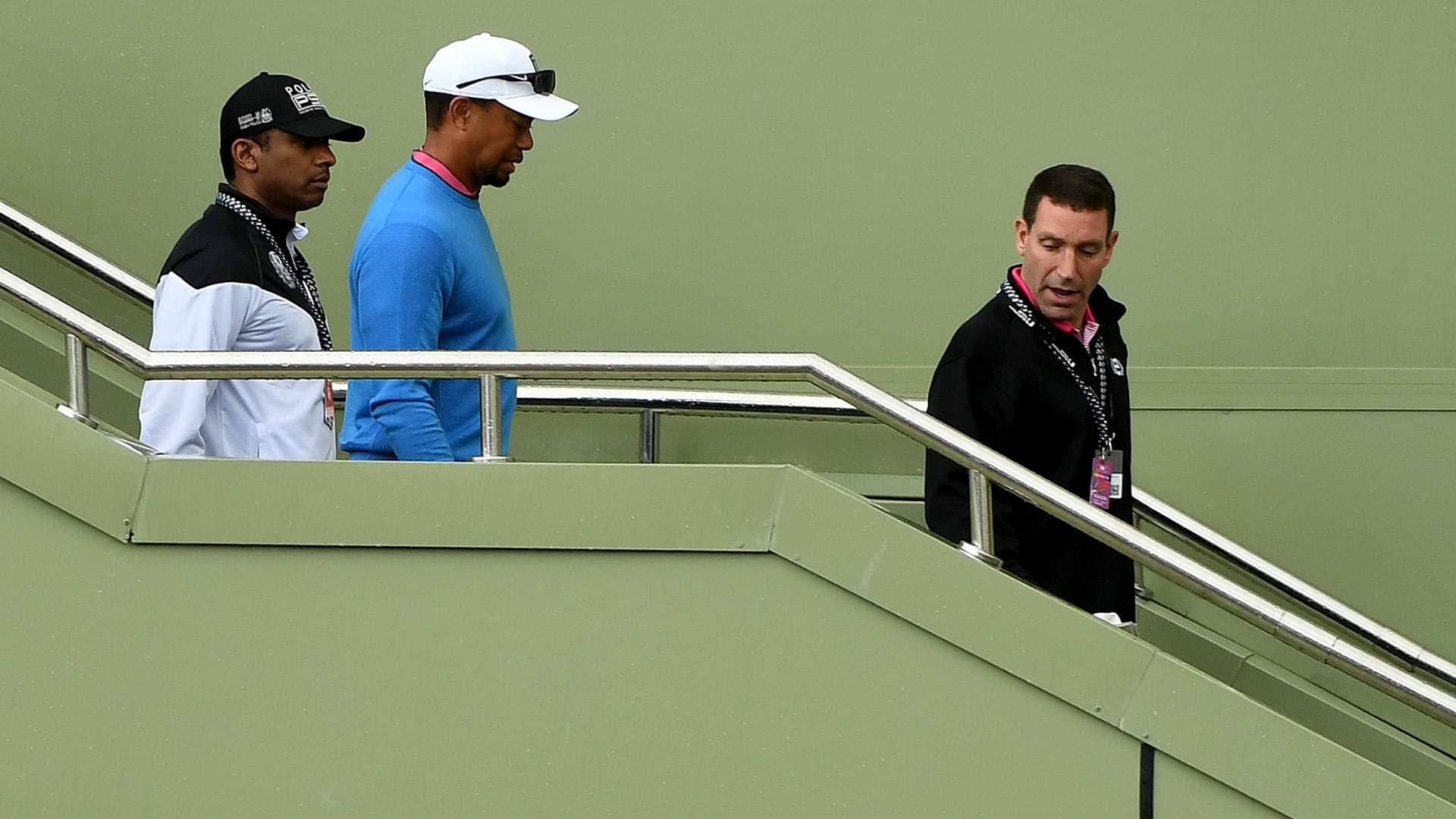 In the wake of his most recent back surgery, Tiger Woods is focused on returning to a "healthy, active lifestyle" according to his agent.

Woods underwent an anterior lumbar interbody fusion Wednesday, his fourth back surgery since April 2014. The procedure was designed to alleviate spasms and lower back and leg pain that have continued to plague Woods, and it's expected to effectively end his 2017 golf season.

According to Woods' agent, Mark Steinberg, this latest surgery is "dramatically different" from the previous three procedures and one that Woods hopes will lead to a more permanent improvement in his overall quality of life.

Steinberg said that Woods has consulted with various doctors and physicians "over the past several weeks." While he did not officially withdraw from the Masters until days before the opening round, Steinberg explained that that decision was rooted in Woods' high regard for the event.

"Had it not been the Masters, had it not been a tournament that was so near and dear to him ... then I doubt he would've realistically thought he had a chance," Steinberg said. "But because of the local knowledge, and what that tournament means to him, he was going to give it a go."

Woods turned 41 in December, and now faces a recovery that his doctors estimate could last up to six months. While he hopes to return to competition once healthy, Steinberg reiterated that golf is now only part of the equation.

"His entire emphasis is quality of life and a healthy, active lifestyle," he said. "That includes living day-to-day pain-free, playing with his kids, playing competitive golf, going out in the backyard and having fun with his friends. Getting on his boat and doing what he wants in the water. It's all of that. Living a healthy, active lifestyle is absolutely the priority, and kids and golf and social and all of that's a part of it."

With Woods' next PGA Tour start again a matter of if, not when, Steinberg insists that his client will continue to adhere to the advice and orders of medical professionals when it comes to plotting a possible return to the course.

"I can tell you that one of the things Tiger has learned in the past several years is listen to your doctor's mouth," he said. "So whatever they tell him, whatever they recommend, that's what he can do so he can get back to that healthy, active lifestyle."