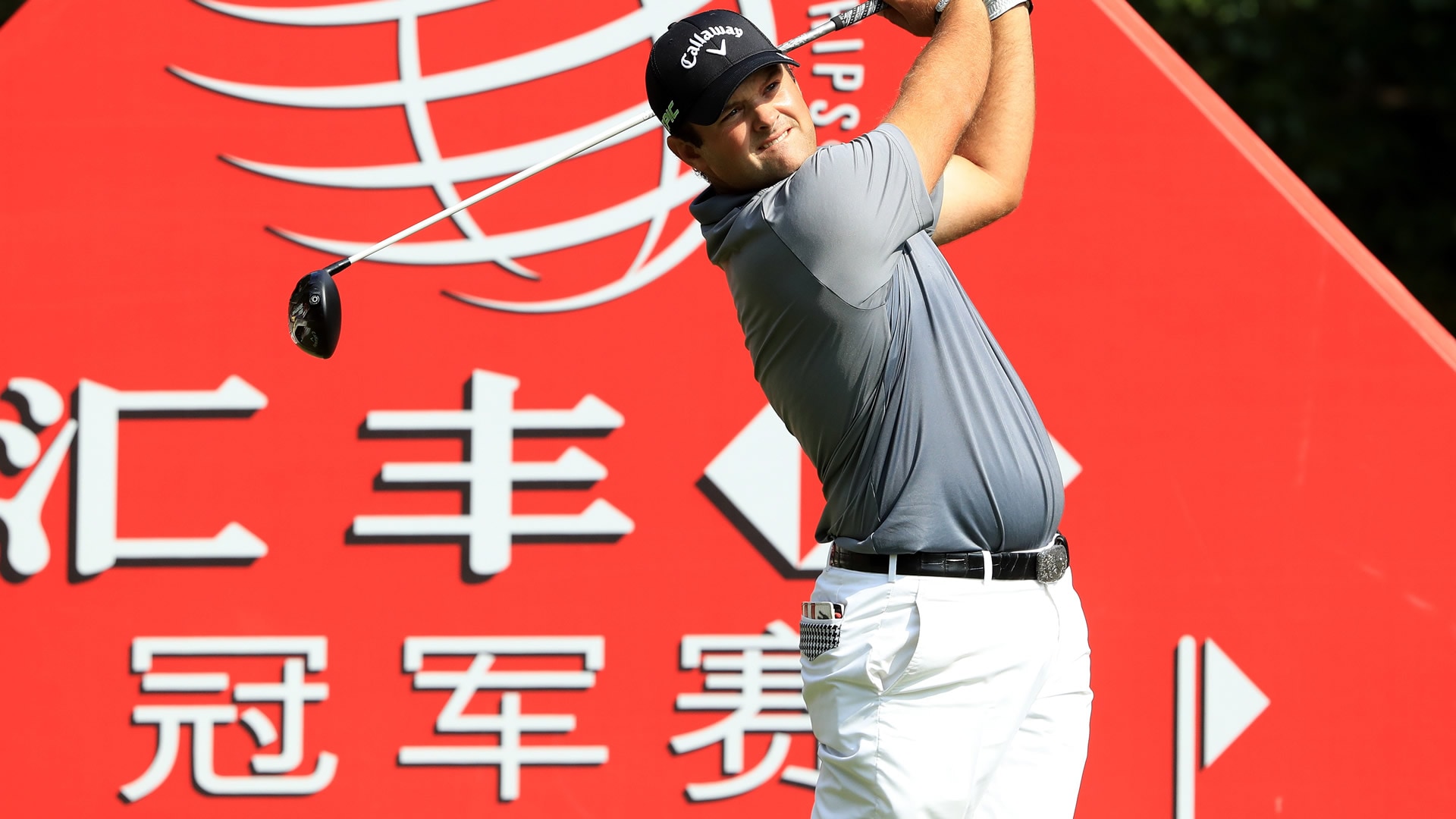 At a tournament where the winning score routinely exceeds 20 under par, Patrick Reed understood the importance of a strong start.

He got just that in the opening round of the WGC-HSBC Champions, where Reed turned in one of only four bogey-free cards en route to shooting a 6-under 66 that left him two shots off the lead set by Brooks Koepka. Reed started slowly, with only one birdie over his first eight holes, but he closed with three straight on Nos. 7-9 to move into a share of fourth place.

"I felt like after the first couple holes where the driver was a little loose, it seemed like everything started to tighten up. I was hitting some quality iron shots," Reed told reporters. "I only chipped once today, even though I missed a couple greens. So I still had putter in my hand. That's key around here. If you can have the flat stick in your hand all day and not have to chip, you're going to have a pretty clean card."

This marks the second straight week that Reed has started quickly in Asia, as he opened with a 66 at the CJ Cup in South Korea en route to a T-11 finish.

Reed has not won since the first PGA Tour playoff event in August 2016, but he capped a solid season last month with a trip to the Tour Championship. After a strong showing at the Presidents Cup and a brush with contending on Jeju Island, he hopes to keep his foot on the gas this week knowing full well that he'll need many more birdies to have a shot at the title.

"You can't win golf tournaments on the first day, but you can definitely shoot yourself out of them," Reed said. "To go out and shoot a low number like that, set yourself up to go out and play a good three rounds, and hopefully have a chance at the end."