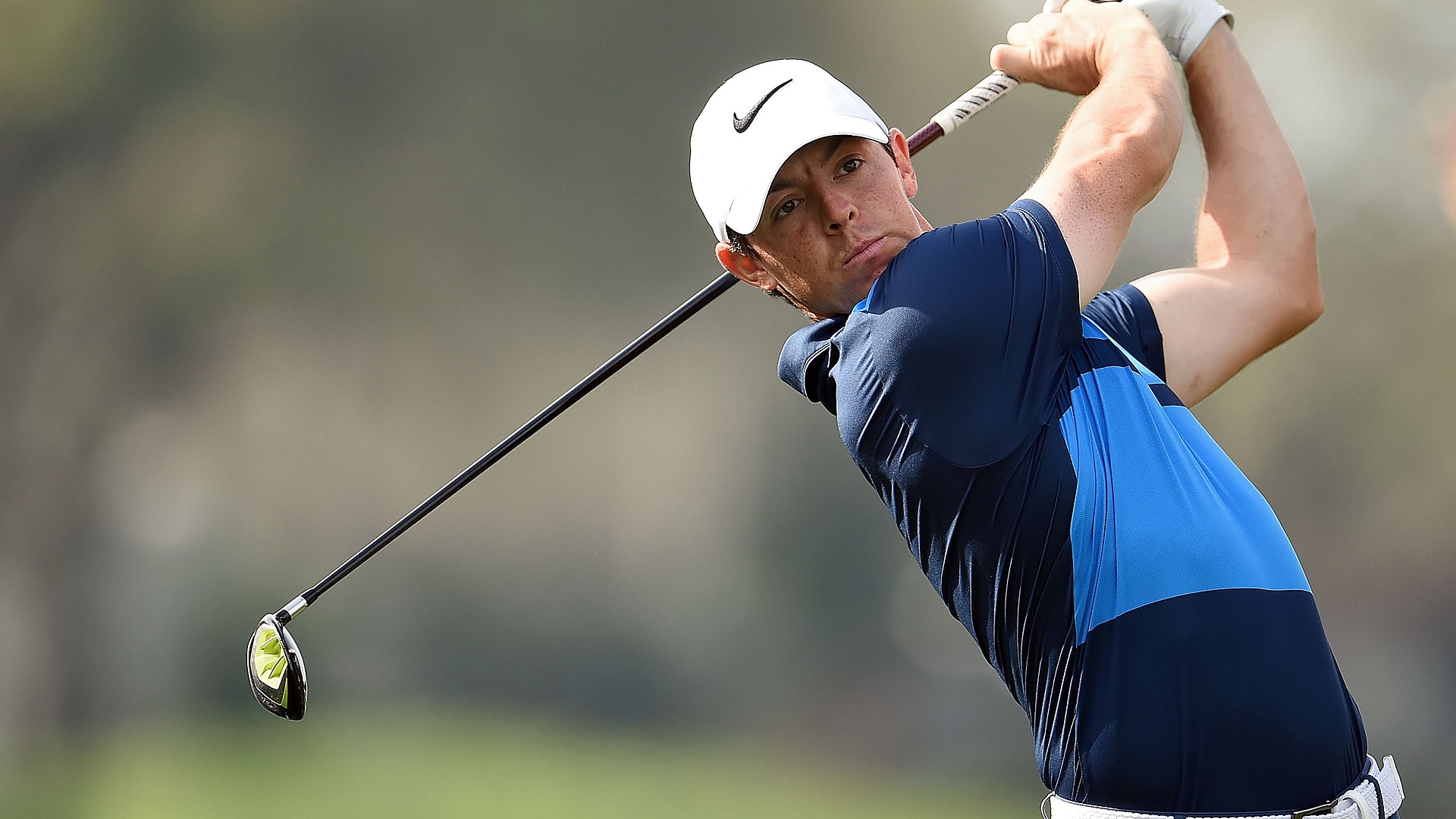 ORLANDO, Fla. – After a bewildering ball-striking performance left him in danger of missing the cut, Rory McIlroy went to work at the Arnold Palmer Invitational.

McIlroy’s tournament got off to a rocky start, as he pulled his first tee shot out of bounds and onto the driving range that borders the first fairway. He put three more balls into the water during his opener, leading to an emergency range session and Trackman number-crunch that he estimated lasted an hour.

That extra effort paid immediate dividends Friday, as McIlroy bounced back with a 5-under 67 to ensure that he’ll be around for the weekend at Bay Hill.

“I mean, I needed to do something. Yesterday was the worst I’ve driven the ball in a long, long time. Just couldn’t hit a fairway,” McIlroy said. “Whenever you do that, especially starting off yesterday hitting those tee shots left – I haven’t seen a tee shot go left like that in a long time. It was a bit of a shock to me.”

McIlroy discovered on the range that his face angle was closed at impact, a byproduct of his recent attempt to move the ball forward in his stance with the driver.

“That’s where the lefts were coming from,” he said. “Tried to straighten it out a little bit, and it seemed to work pretty well today.”

McIlroy’s round included six birdies, and after finding only 4 of 14 fairways during the first round, he hit 9 of 14 fairways Friday, including five of his final six. He also rolled in over 142 feet worth of putts, giving his newfound cross-handed grip another jolt of confidence as the Masters approaches.

While he still sits 11 shots adrift of Jason Day, McIlroy has already accomplished the first of his “mini-goals” and hopes to continue to play his way further into contention before heading to defend his title next week at the WGC-Dell Match Play Championship.

“My main objective today was just to be here for the weekend,” he said. “If I can go out this weekend and shoot a couple more scores like that, it might not be good enough but it will be a good comeback from what happened yesterday.”