Alternate-shot finale a 'curveball' for contenders 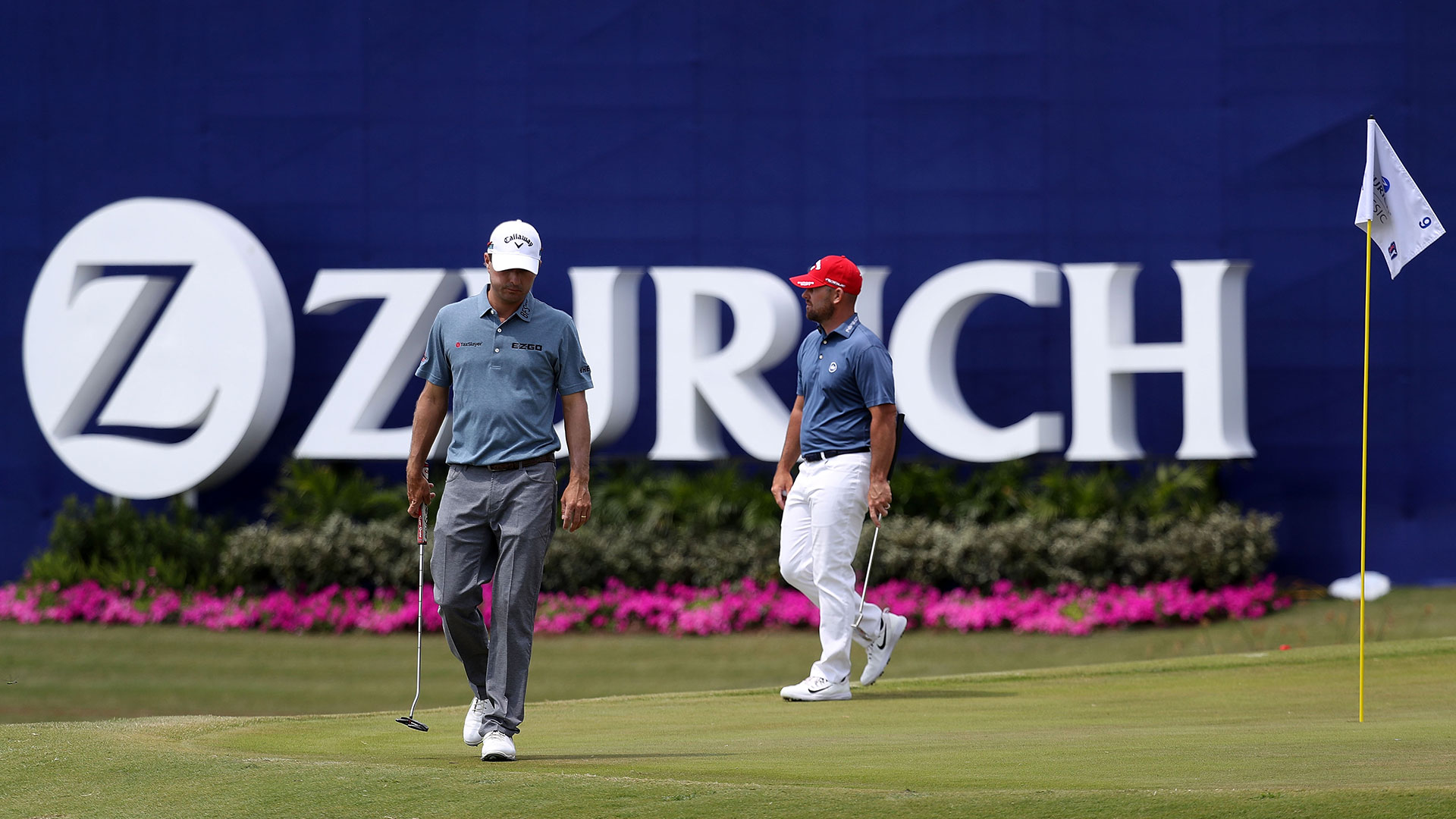 AVONDALE, La. – A format change to the Zurich Classic nearly slipped through the cracks this week, with the PGA Tour quietly informing players that the final round will now be alternate shot and not better ball.

It’s a rather significant tweak, with the potential for more stumbles than shootouts.

“Final day, Sunday, the last couple of groups, guys are trying to win tournaments and alternate shot is something new – it’s kind of a curveball in there,” Jason Dufner said. “We’ll see how guys handle it.”

The red numbers that flooded the leaderboard during fourballs on Saturday – there were nine rounds of 63 or better – will be hard to come by on the final day.

For proof just look at the difference fourballs and foursomes play this week: The field is a combined 733 under par in better ball this week, as opposed to 149 over par in alternate shot on Day 2. Of the 116 rounds in the 60s this week, 111 have come in fourballs.

“There is going to be a lot of big stress out there for some guys on that alternate shot,” Dufner said. “You could see it Friday cut day.”

Scott Brown’s up-and-down from the greenside bunker on 18 gave him and partner Kevin Kisner a one-shot lead at 20-under 196, but there are 17 other teams within five shots of the lead.

That’s not an insurmountable deficit with this format.

Last year, the duo from South Carolina needed to card the round of the day, a 10-under 62, just to erase a four-shot deficit and force a playoff. They eventually lost in overtime, to Cameron Smith and Jonas Blixt.

No player will post a 60 on Sunday, but there should be plenty of late drama – and strategy.

Water plays a significant role on each of the last three holes, in particular the long par-3 17th, with water fronting the green, and the par-5 finishing hole that features water all the way down the right-hand side.

Avoiding the big mistake will be key in the final round. There were only five rounds in the 60s on Friday, as opposed to 76 on Day 1.

“You’re just trying to hit a bunch of greens and trying to give your guy a bunch of looks,” Brown said. “You’re trying to make it real easy and not stress over anything.”