Am Tour: With ailing dad on bag, Campbell reels in a title 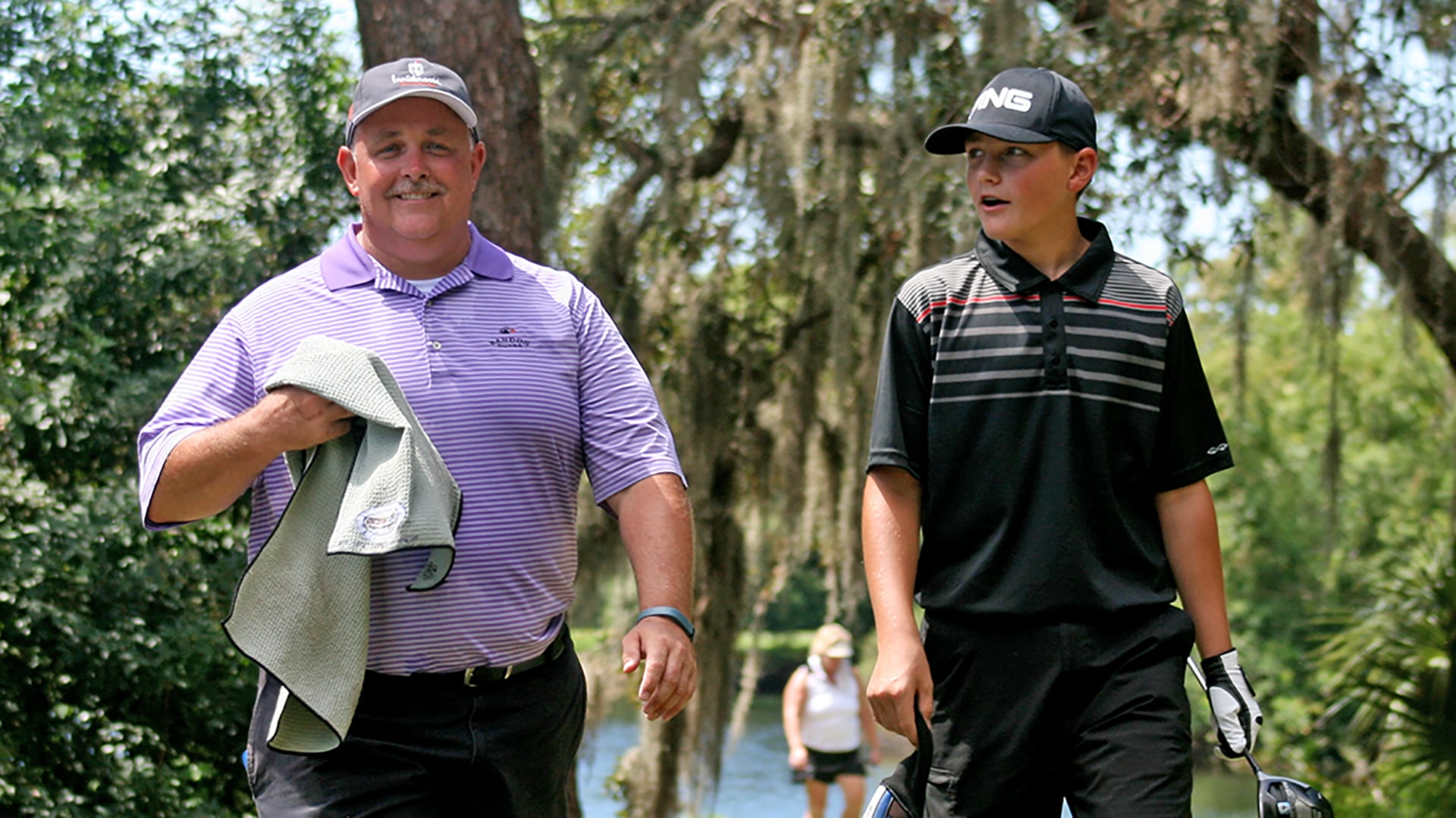 PALM HARBOR, Fla. -- When the competition heats up on the golf course, Cory Campbell and his father/caddie Kevin get into a mindset.

So when Cory, 14, playing in the final group in the final round of the Snead flight in the Golf Channel Amateur Tour, made birdie on the 10th hole, he looked to his father and made the motion with his hands of a fisherman reeling in line.

A back-nine 38 on the North Course at Innisbrook Resort in front of his cheering family, including his mother, Mindy, vaulted Cory from as many as eight shots down on the front nine into a national champion.

For the Campbells, from Westminster, Maryland, the Am Tour National Championship was the backdrop for a family reunion. It was a chance not just to watch Cory, but to also be with Kevin, who was diagnosed with amyotrophic lateral sclerosis, sometimes known as Lou Gehrig’s disease, in June. Kevin, who lost his mother to the disease, continued to compete on the Am Tour this summer, and is a multiple major champion on the tour himself. But he put the clubs down in order walk all four rounds as Cory's caddie. Down the stretch, Kevin looked on as Cory hit clutch shot after clutch shot on the narrow finishing holes.

Cory was in position thanks to what he describes as "the round of my life," a third-round 84 on Fox Hollow Golf Club, following opening rounds of 103 and 91. The 84 vaulted him up the standings into the final group with Po Lehman and Ralph Justiz. The secret for the low round may have been a seed planted by his father the night before.

When looking at the course details, they realized it was designed by the same architect, Robert Trent Jones Jr., who designed a course on which Cory had won a local event earlier in the year by a large margin. They brimmed with confidence as they plotted a game plan.

"We stuck to the script and he was on," said Kevin. "Good putting and everything."

Entering the final round, Cory was trailing Justiz by three shots. He trailed by as much as eight shots through the eighth hole. But Justiz struggled on the ninth, and Cory's birdie on the 10th put him squarely in the mix, and he ultimately prevailed by five shots.

Cory's resilience doesn't seem all that surprising considering his father's current display of courage and the fact his own health has had its ups and downs as well in 2016: a broken wrist playing football kept him in a cast and out of golf until early June.

But he stayed on the grind, managing a third-place finish at New York's Turning Stone Resort major championship in late July. Kevin, a former area director for the tour in Baltimore and multiple major champion, including last year's Tour Championship at Landsdowne Resort, credits the "reel 'em in" phrase he and his son use to good friend and past Am Tour national champion Jeff Couch.

Cory picked up the game swinging sawed-down clubs in his grandfather's yard and playing with the family on vacations. After a few years on an area Baltimore junior tour, Kevin decided Cory was ready to join Dad on the Golf Channel Am Tour. The Snead flight, handicaps 20 and above, is normally a stomping ground for middle-agers getting a late start in the game, but the 2016 Nationals brought a handful of teenagers with a growing itch for competition into the mix.

This summer, Kevin admits Cory, who made the high school golf team this fall as a freshman, has beaten him two out of their last three outings. He proudly declared Cory's nationals win as "a passing of the torch."

The Campbells are rolling deep this week at Innsibrook, with extended family coming down from Pennsylvania and Kentucky, as well as the Tampa area for a family reunion of sorts. They're all staying close by and will stay through the weekend to celebrate Cory and Kevin's breakthrough win.

"I wanted to play well when they were watching," said Cory. "I was a little nervous, hoping I wouldn't blow it."

But with help from his father's game plan and an insistence that Cory continue to play aggressively with the mindset they were still reeling 'em in, a jubilant family cheered them on, and on the 18th green, with little doubt Cory had put the field away, his father gave him a big hug.

"I couldn't have done it without him," Cory said. 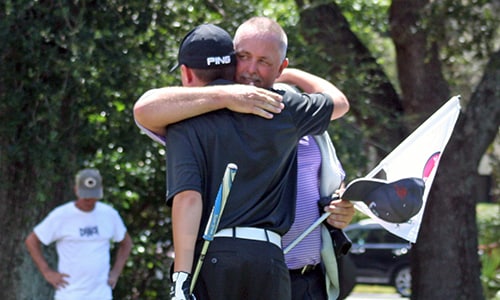