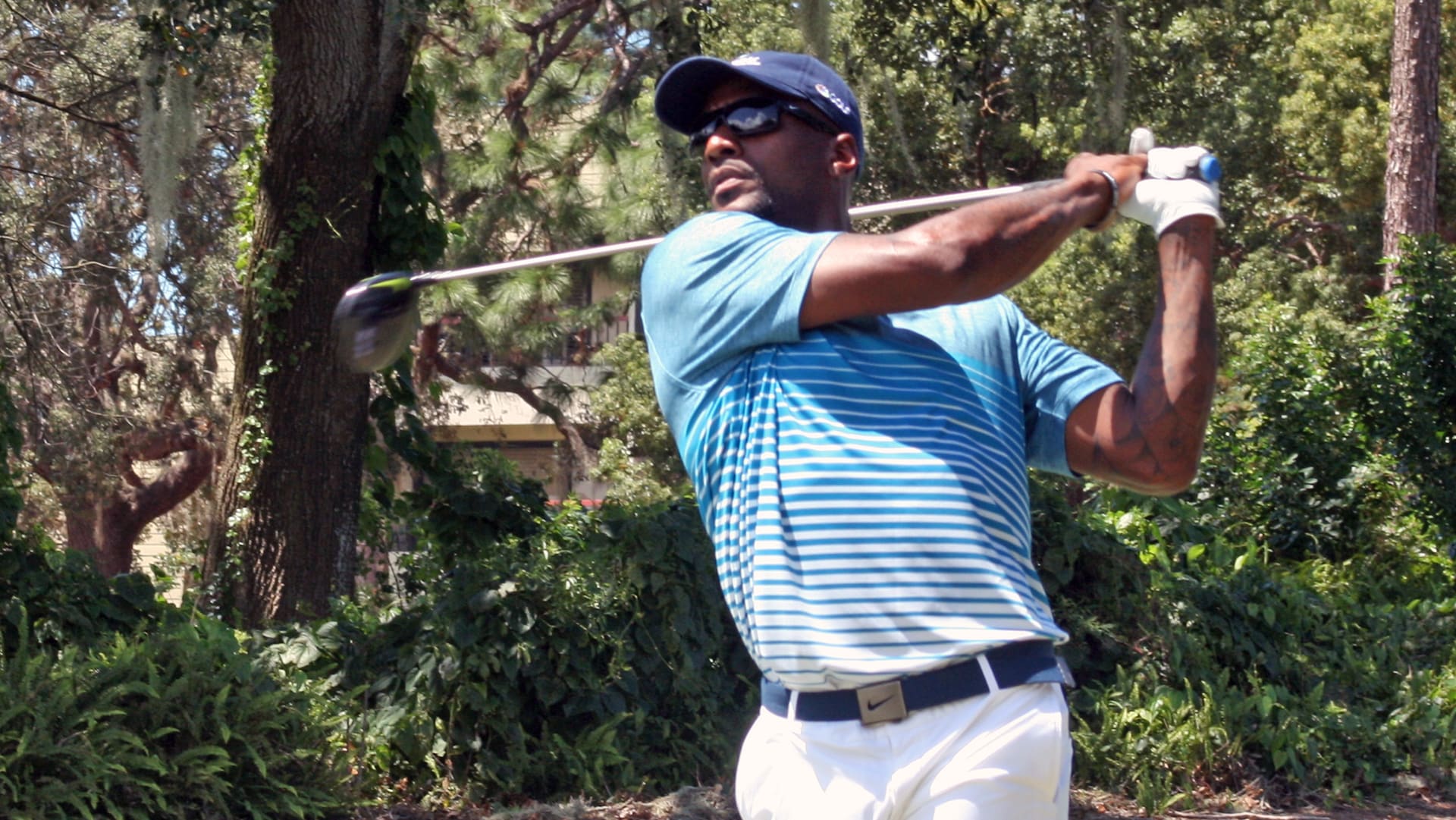 In what has become an annual tradition of sorts at the Golf Channel Am Tour National Championship, we ran into some ex-pro athletes you likely know well, having hung up the spikes on the big stage to now compete in amateur golf.

The most notable past pro-athlete of recent memory, Mark Mulder, has since moved on from his days competing on Am Tour to turn pro and win the American Century Celebrity Classic in Lake Tahoe. This year at Innisbrook, two well-known ex-pros are competing in this Hogan flight (8.0-11.9 handicaps).

Making his way all the way from the Pacific Northwest is former NFL safety and cornerback Jordan Babineaux. Babineaux spent his career with several teams and was most notably known for his time with the Seattle Seahawks from 2004-2010.

Known on the gridiron for a handful of game-changing plays at the end of games, he’ll be the first to admit he was "clutch" coming down the stretch of his first Am Tour major championship victory this summer at the Turning Stone Classic. After a first-round 77 that put him solidly in the lead, he went five-over over the final two holes in the final round to win by just one shot. Babineaux admits he felt a new kind of pressure during the experience.

"This is different," said Babineaux. "You can’t hit anybody in golf. In football, you can make a big hit and feel jacked up.

"It's different pressure when you're not depending on anyone else."

Babineaux grew up in Port Arthur, Texas and played competitive golf. He continued to play a little bit during his football career, but didn’t start getting the itch for golf competition until last year. He joined the Golf Channel Am Tour last year and qualified for Nationals, but didn’t make the trip to PGA West. This year, after an eight-event campaign capped by his major win at Turning Stone, he decided to make the trip cross-country from Seattle during football season to Innisbrook Resort. He enlisted in the services of caddie Eric Meller, a PGA Tour caddie for Jerry Kelly, for the event. 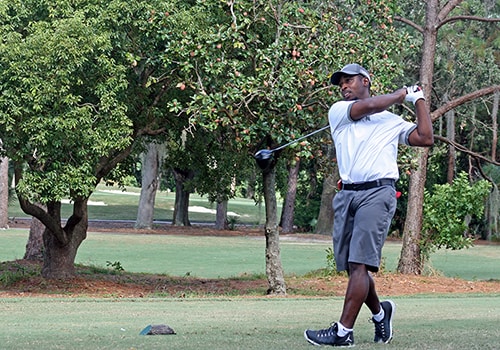 Desmond "Chone" Figgins tees off at Innisbrook Resort & Club during Round 1.

While Babineaux is rekindling his competitive golf spirit, the game is a new endeavor for former Major League Baseball player Desmond “Chone” Figgins.

Figgins, 39, who played for the Angels, Mariners and Dodgers during his baseball career, now resides in Florida. His Am Tour schedule in 2016 has been a busy one: 27 events, most of which having taken place throughout the state.

Figgins qualified for this year’s nationals in his first event of the year, placing T-3 at The Grand Cypress Challenge in Orlando last fall. But since then, he’s been moved up a flight to Hogan and has won two local events but hasn’t placed as high in the majors. He comes to Nationals

Figgins didn’t get into golf until later into his MLB career, when he went out to play on an off-day spring training with Garrett Anderson

"The more competitive golf you play,” said Figgins. "The more you understand how to play golf."

Figgins, who was an all-star in baseball on the strength of his hits and base running, isn’t sure how much further he’ll be able to take his competitive golf game, but he’s excited for the new ride.

"I just want to to get better," he said. "I’m young enough, you never know what could happen."

Halfway thru Nationals competition, Figgins (T-17) and Babineaux (T-27) find themselves in pretty good shape in the 153-person Hogan flight.