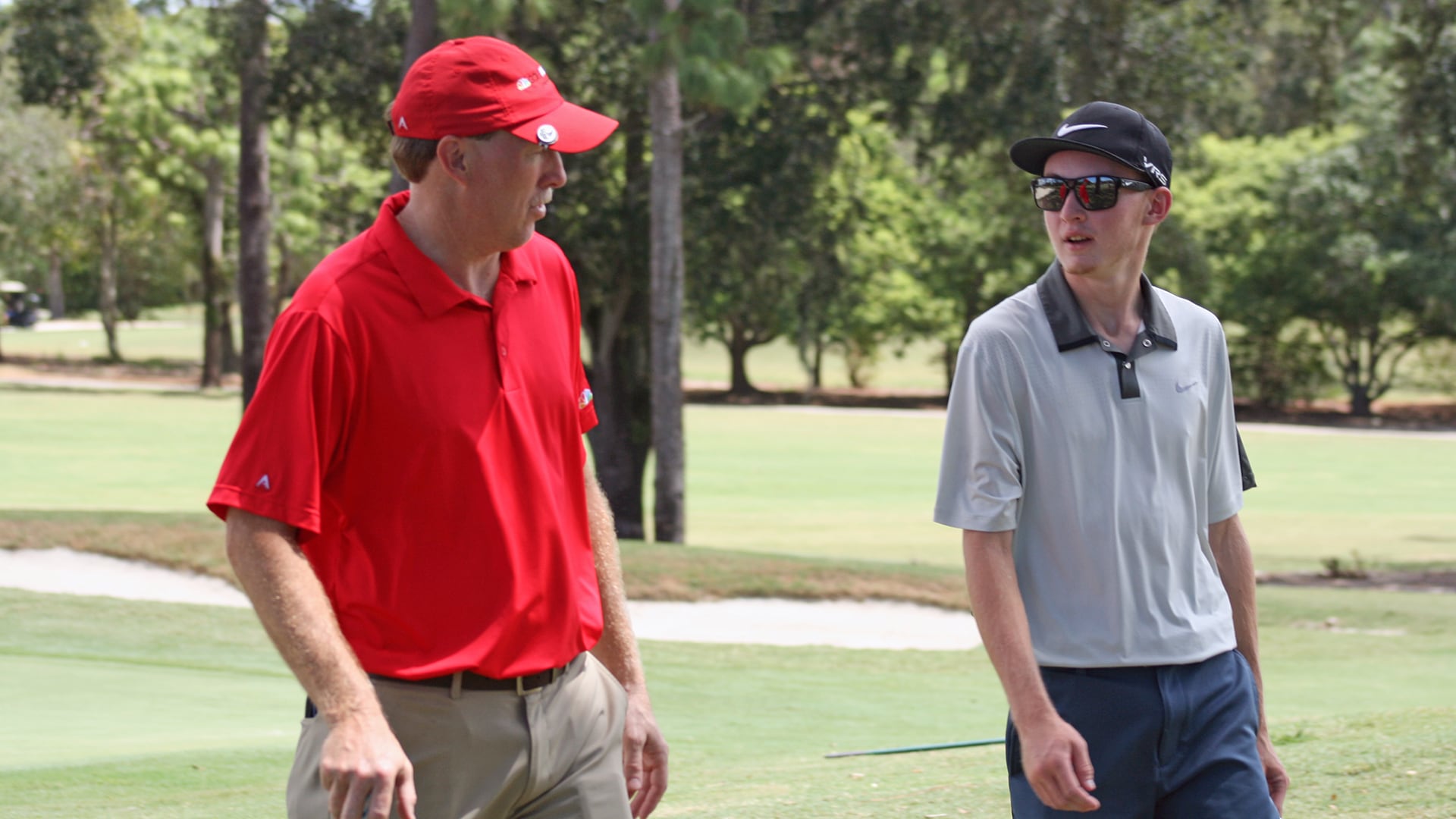 PALM HARBOR, Fla. -- As families all over the country know well, few better bonding activities are better than a round of golf. While many of us have casual games with loved ones of varying and sometimes vastly different skill level and interest, each year, Am Tour Nationals brings serious families out to compete together.

We've told the story of Kody Conover and his father Clifford Conover, a three-time national champion, in several ways over the years. Well, they're back once more for another crack at Nationals, and in the past year, Cody, now 21, has improved his golf game enough to jump a flight to Hogan this year. And if you think he's just in the middle of the pack, you're wrong: After two days, he finds himself T-27 out of 149 golfers and eleven shots off the leaders Troy Slate and Todd Nelson.

It's fairly common for sons and daughters to compete in the first week of Am Tour Nationals and then stick around for the second week for their parents to compete in Senior Nationals. That's the case with one of the youngest competitors in the field this week, Ben Soicher, 14, from Mill Valley, Calif., whose father Barry Soicher will compete next week.

Meanwhile, 2014 Hogan flight national champion Jeff Blackwood was set to compete, but was forced to have back surgery three weeks ago and withdraw. Instead, he's here supporting his son Daegan Blackwood as well as his brother Brack Blackwood, both of whom are competing in the 150-person Hogan flight. Rick Burton, who won the 2015 Snead flight at PGA West, has returned to nationals with his son John Burton, who is competing in the Sarazen flight.

One father-son tandem is not only competing this week but are competing in the Hogan flight: Matt Love and his son Ryan, from Greenbrier, Tenn.

Matt, 45, learned the game from his family growing up, but didn't start playing seriously until about ten years ago, which was about the same time Ryan began to play as well. The two have played a lot together, and Ryan has since found golf to be his favorite sport, eschewing baseball in order to play more.

Ryan, 17, is one of the handful of teenagers competing against a field of predominantly middle-aged men. He's used his big drives to help offset any experience shortcomings. Ryan says he also likes the change of pace of competing in all-ages tournaments on Am Tour compared to junior events.

"Sometimes you learn from playing with older people," said Ryan. "They're a lot more light-hearted, and joking about kids my age."

Ryan hopes to play in as many events as he can throughout his senior year of high school, which doesn't have its own golf team, and see if any strong results can earn the attention of any colleges. Halfway thru Nationals, the Loves find themselves pretty close to one another on the Hogan leaderboard, with Ryan (T-10) holding a six-shot advantage over his father.

The whole Love family has made the trip down to Florida this week for Nationals for sunshine and to visit relatives in the area. But Matt has relished the fact that golf has been able to allow he and Ryan to spend so much time together. It certainly helps the competitive nature that the two players are so close in ability they don't have to give each other shots when playing against one another.

"It's definitely given us a go-to activity," said Matt. "That, regardless of what's going on or how bad the day is, you can say 'hey let's go play' and make a good day out of it." 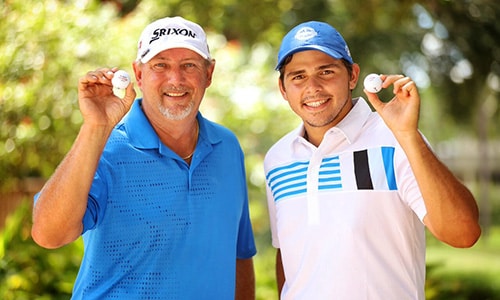 There were two hole-in-ones in round two on Wednesday, a feat that isn't particularly unusual at Am Tour Nationals. The rarity was the fact they happened on the same hole on the North Course at Innisbrook in the Palmer flight. First, Eric Newsome, from Land O' Lakes, Fla. aced the 120-yard shot on the 7th. Not much later, Jean Piwinskii, from Puerto Rico, aced the very same hole.

Newsome used the ace to card a second-round 78 and find himself T-15, while Piwinskii shot 80 and is currently T-61.