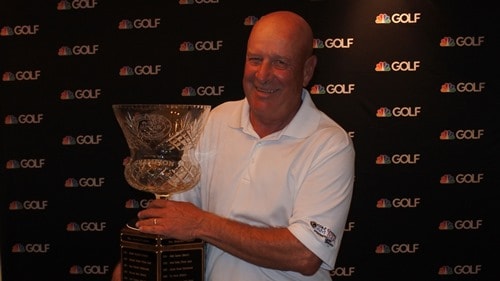 PALM HARBOR, Fla. -- For Richard Ledbetter of Chillicothe, Ill., winning theSenior Jones Flight (16-19.9 handicap) at the Golf Channel Am Tour National Championship was more about the mental process than it was the swing. After opening with a 95 on the Island Course, Leadbetter settled down to shoot 83, 88, 84, with the last score coming on the difficult Copperhead Course.

His total of 350 gave him an 11-stroke victory over Jim Allard of Dover, N.H., and Haichu Ni of Aberdeen, N.J.

Ledbetter, who said he practiced quite a bit before this, his third trip to nationals, got more out of reading and listening to the book, "Zen Golf," by Dr. Joseph Parent.

"The main thing was to learn how to focus, quieting the mind," said Ledbetter. "It's all played between the ears."

He listened to the audio book on his way to a tournament a couple of years ago he said and shot a 78 and has been a believer ever since. That attitude is what caried him past his first round.

"I finally settled down on the second day and went to work," he said. "I was pleased with how I hit the ball."

As for the automatic promotion to the Sarazen Flight (12-15.9), Leadbetter said he's looking forward to it.

"But I'm going to miss the guys in Jones," he said. "I made a lot of friends. Good people. They don't take golf that serious. " 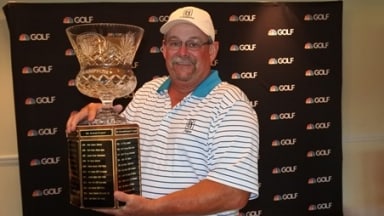 Eric Fox is part of a group called the Three Musketeers, three friends that met on the Golf Channel Am Tour in Michigan in 2007. 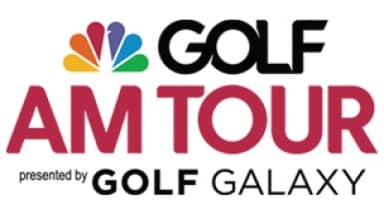 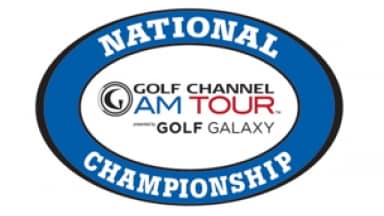