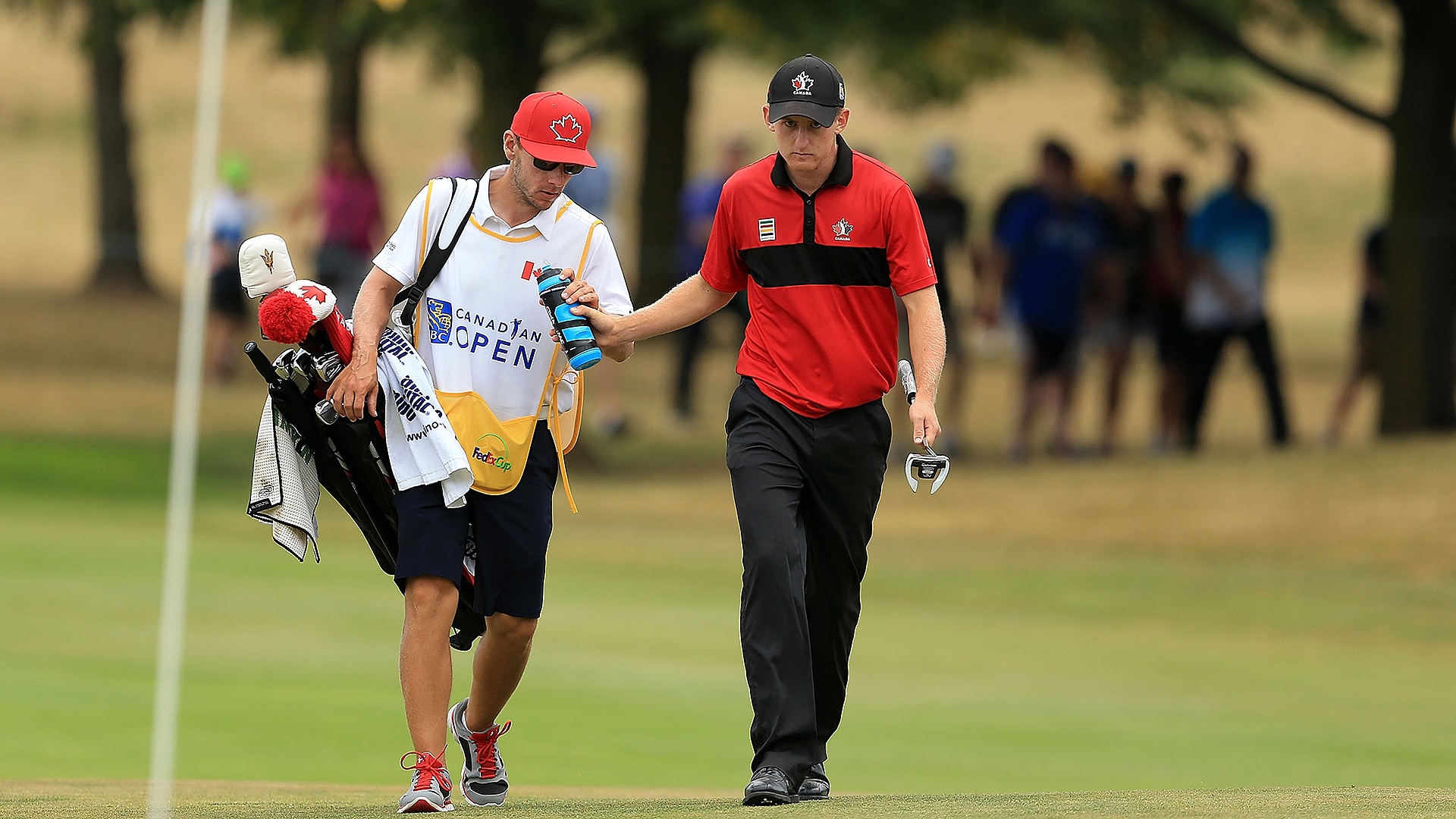 While his final putt didn't have any bearing on the tournament outcome, Jared du Toit still basked in the warm applause from the type of ovation that followed him throughout the final round at the RBC Canadian Open.

Du Toit was the surprise story of the week, and Sunday was seeking to become both the first amateur to win a PGA Tour event since 1991 and the first Canadian to win his national open since 1954. He started the day tied for second, one shot behind Brandt Snedeker.

The 21-year-old was a bit shaky out of the gates, but he birdied two of his final three holes to post a 1-under 71 while playing in the final pairing alongside Snedeker. At 9 under, du Toit finished tied for ninth in his first career Tour start and thoroughly enjoyed his stroll surrounded by partisan fans.

"The atmosphere they were providing was unbelievable," du Toit said. "Every tee box, like I said yesterday, every tee box, every green, everyone was clapping, hollering, 'Go Canada!' It was truly unbelievable. I'm on cloud nine right now."

Du Toit will be a senior at Arizona State this fall, and his former teammate Jon Rahm finished T-2 behind winner Jhonattan Vegas. Du Toit played this week on a sponsor invite and was making just his second start in a professional tournament this year after missing the cut at the Dakota Dunes Open on PGA Tour Canada.

"Honestly I had no expectations coming into this week," he said. "I thought maybe if I play well and make the cut - I honestly didn't know. To come out this week and play well, top-10, is pretty good."