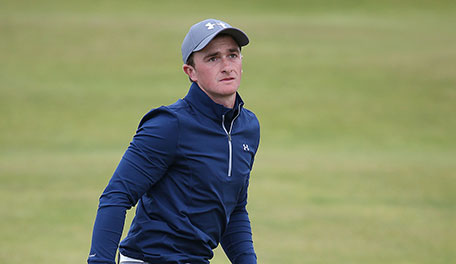 Anytime a name is mentioned with Bobby Jones you must stop and take notice.

Amateur Paul Dunne is tied for the lead of the Open Championship after 54 holes. The 22-year-old, who recently graduated from the University of Alabama-Birmingham, shot a third-round 66 and is tied with Louis Oosthuizen and Jason Day. He’s the only player in the field who has shot all three rounds in the 60s (69-69-66), and he did not shoot a round lower than 67 all season for UAB.

“Yeah, it’s surreal I’m leading the Open, but I can easily believe that I shot the three scores that I shot,” Dunne said. “If I were playing an amateur event here, I wouldn’t be too surprised by the scores I shot. It’s just lucky that it happens to be the biggest event in the world.”

Dunne played the first nine holes (the easier nine all week) in 4-under 32 to quickly move to 10 under. When he made birdie on the par-4 10th hole, he really started to make people notice. He added another birdie on 15 to shoot a bogey-free 66 playing with former Open champion Louis Oosthuizen.

“I’m well capable of shooting the scores that I need to win if everyone else doesn’t play their best,” he said. “Whether it happens or not, I can’t really control. I can just go out and try to play my game and see where it leaves me at the end of the day.”

Another amateur, 21-year-old Jordan Niebrugge, is tied for sixth place, three shots off the lead. 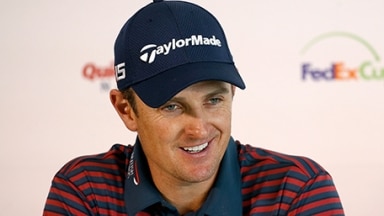 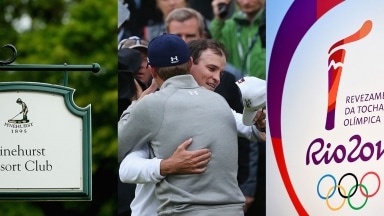 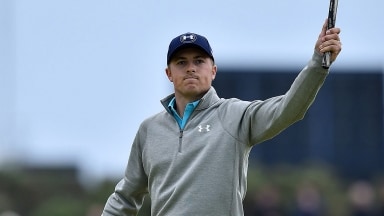