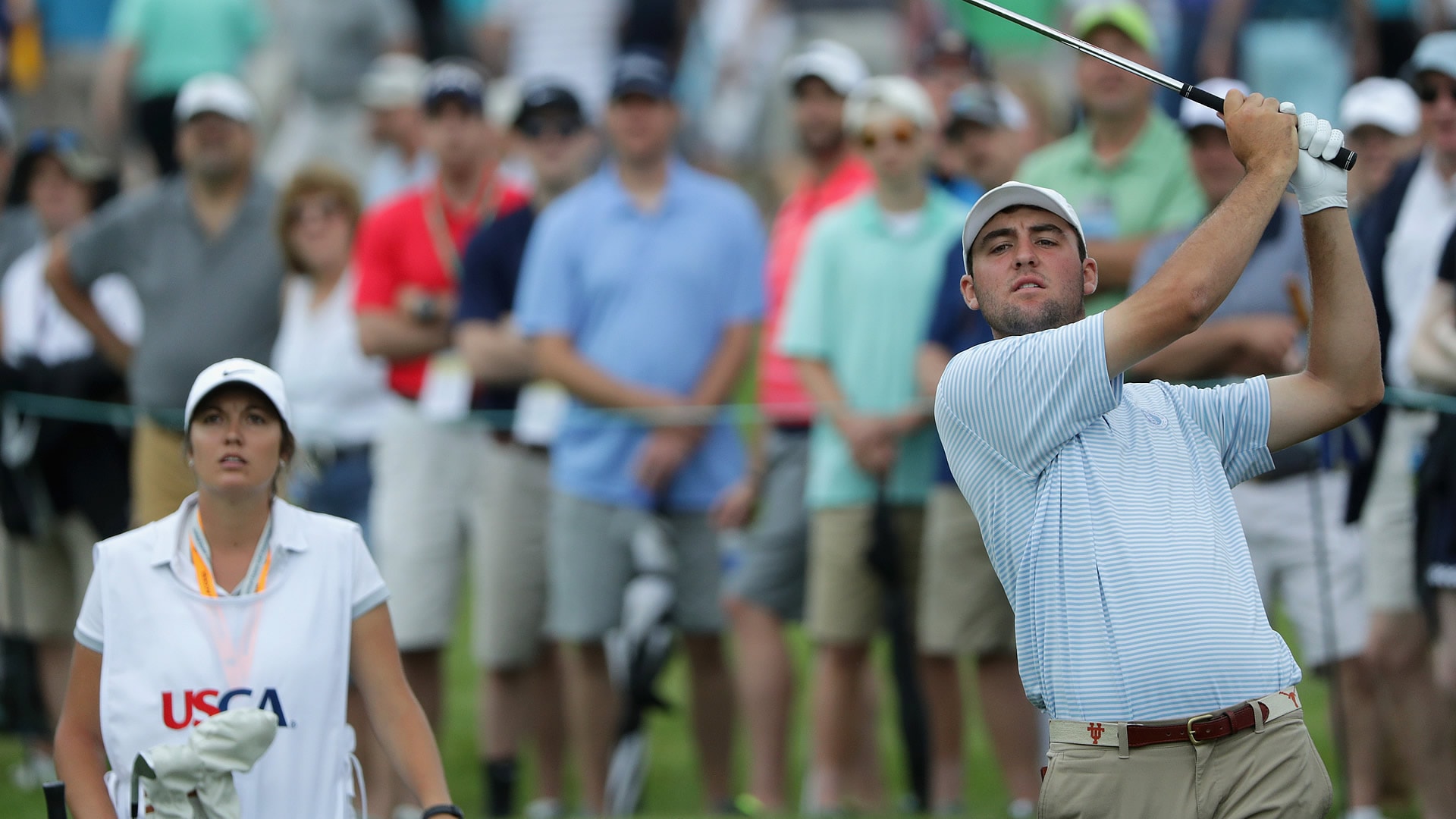 OAKMONT, Pa. – Amateur Scottie Scheffler is the clubhouse leader at the 116th U.S. Open. OK, so only nine players have finished their opening round after a stop-and-start day at Oakmont, but the point remains: The rising junior at Texas has played some solid golf so far.

“I feel pretty good,” said Scheffler, who turns 20 next week. “It hasn’t really sunk in yet.”

Scheffler was a former U.S. Junior champion and can’t-miss prospect from Dallas – sound familiar? – who earned NCAA Freshman of the Year honors in 2015. He suffered a back injury last fall at the U.S. Amateur and had, by his lofty standards, a substandard sophomore campaign, with only one top-10 in 13 starts.

One of the reasons: His body has undergone a massive transformation in the past few years. In high school, at age 14, he was 5-foot-2, 100 pounds. Now, entering his junior year of college, he’s 6-foot-3, 205 pounds, and still growing.

The rapid growth has put tremendous stress on his joints – thus the back injury last year – and he and swing coach Randy Smith have tried to manage an ever-changing swing and body despite limited practice time.

Still, Scheffler has remained competitive because of his world-class short game. He appeared to turn a corner two weeks ago at the NCAA Championship, where he routed NCAA individual champion Aaron Wise of Oregon on his home course in the final match. Texas eventually lost the championship.

“This year in college golf was pretty tough on me,” he said, “and I’m glad that I was on a really good team because that helped me get through it.”

Scheffler played practice rounds at Oakmont with fellow Texan Jordan Spieth (with whom he’s been compared for years) as well as reigning Open champion Zach Johnson.

Conditions in the first round were nothing like the practice days, but Scheffler adjusted on the fly. Instead of trying to muster as much spin as possible to hold the rock-hard greens, he played wedge shots with less juice to avoid zipping his ball off the front. He made only two bogeys (on the difficult first and 18th holes) during his round of 69, which put him two shots behind Andrew Landry, who was lining up a 10-footer for birdie on his final hole when play was suspended for the third, and final, time Thursday.

After a 4 a.m. wakeup call, Scheffler was simply relieved to finish.

“I tapped in a 2 1/2-footer kind of quickly, which maybe wasn’t the smartest idea,” he said. “But I wanted our group to get done so we didn’t have to come back in the morning.”

After enduring three weather delays, Scheffler might not hit another competitive shot until Saturday, which would allow for even more family time. Once again, he has his older sister, Callie, on the bag. She’s already looped for him in several big-time events, including the 2013 U.S. Amateur and two cameos on the PGA Tour.

“The comfort level is huge,” Scottie said. “We both kind of knew the drill.”

Callie is interning this summer for WorldLink, a cloud solutions and technology company outside Dallas. To caddie here, she had to ask her boss for a week off work, even though she had spent only nine hours in the office during her internship in the marketing department.

“They were incredibly supportive of Scottie and I,” Callie said, “and they said, ‘Don’t even worry about it. Go caddie. This is an incredible opportunity for your entire family.’”

Callie has one year of eligibility remaining at Texas A&M, where she has improved from a redshirt freshman with a 79 scoring average to a member of the starting five. She is now pursuing a master’s degree in marketing.

“The chemistry is really good between us,” she said. “I know his game and he’s really comfortable with me here.”

Through one day, at least, Scottie appears even more at ease on the big stage. 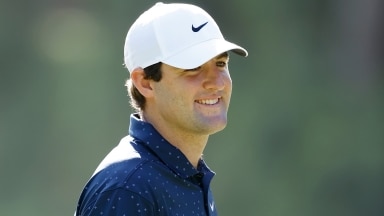 Scottie Scheffler is using a new 3-wood at Kapalua after he cracked his longtime Nike VR Pro Limited Edition model.

Not surprisingly, Dustin Johnson and Scottie Scheffler were named PGA Tour Player of the Year and Rookie of the Year, respectively. 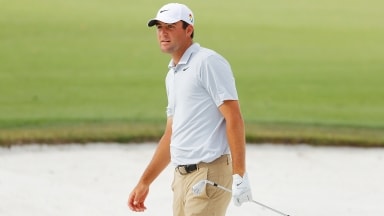 Scheffler WDs from U.S. Open because of COVID

Scottie Scheffler has withdrawn from the U.S. Open after testing positive for COVID-19.