Another near miss for Furyk at Oakmont 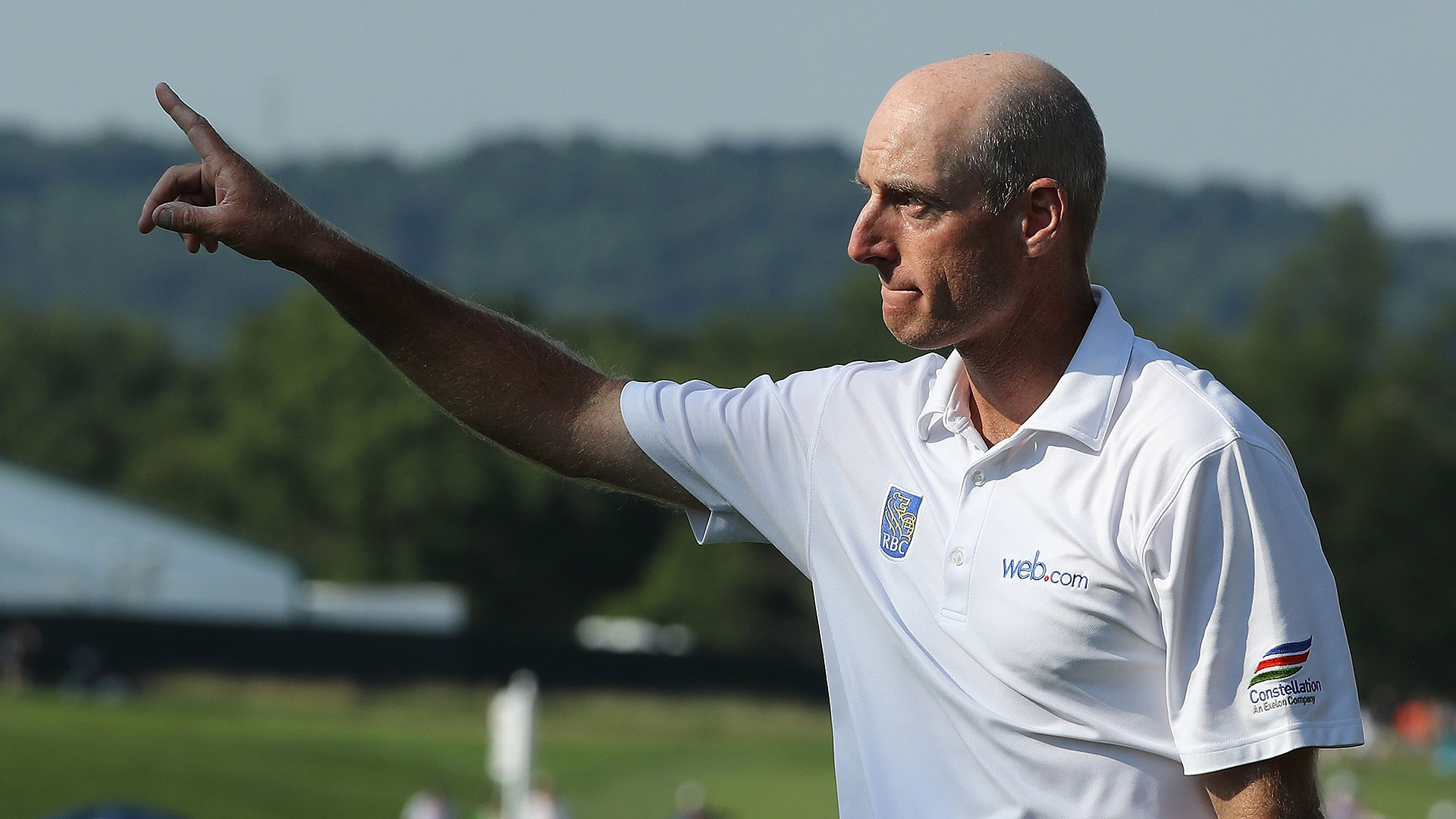 OAKMONT, Pa. – Jim Furyk made another run at trying to win the U.S. Open at Oakmont Country Club not far from where he grew up in western Pennsylvania, but there wasn’t the heartache coming up short this time.

With a 4-under-par 66 Sunday, Furyk closed hard, but not hard enough. He was tied for fifth when he signed his scorecard.

“I played my heart out today,” Furyk said.

After making birdie at the 17th Sunday, Furyk moved to 2 under, within three shots of the lead. He hoped to birdie the 18th to get to get in the clubhouse early at 3 under and put some pressure on the leaders, but he hit an errant drive at the last that led to a closing bogey.

“The one regret, I wish I'd have got that ball on the fairway at 18,” Furk said. “It would have been a little more exciting.”

Furyk, 46, won the U.S. Open at Olympia Fields in 2003, but his finish Sunday brought back memories of his tough loss at Oakmont in ’07.

Furyk tied for second in ‘07, but he left that year knowing the trophy might have been his with a better finish.

Furyk was undone at the 17th hole at Oakmont nine years ago. He hit driver at the short par 4 that year but drove the ball through the green, into a nasty lie on a grassy slope. He couldn’t chop out of the rough, leaving his chip short of the green. He made bogey and lost to Angel Cabrera by a shot.

Furyk laid up there Sunday and it led to his birdie.

“Layup was the play,” Furyk said.

Furyk, whose father was a club pro in different locations around Pennsylvania, loved the reception he got making his run Sunday.

“I had a ton of support this week from my birthplace, West Chester,” Furyk said. “I heard Lancaster, where I grew up. I heard Manheim Township, where I went to high school. I heard all kinds of stuff from western PA. My dad was a pro in Uniontown. I heard every little town and borough through here. My mom and dad grew up in Natrona Heights and Lower Burrell. I heard that. I heard their high schools being called out. I had a lot of places claiming me. It was a lot of fun.”