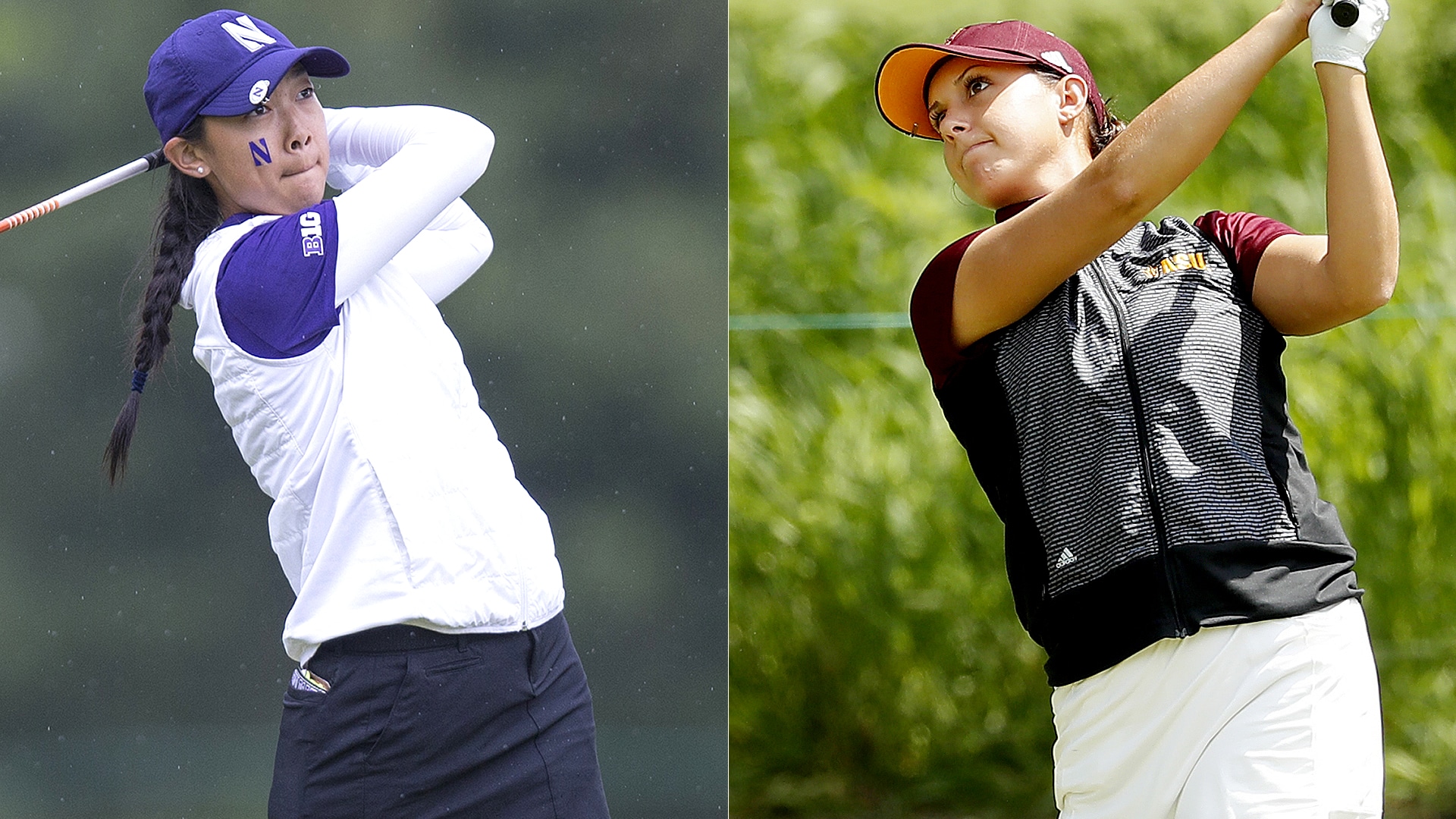 When darkness halted play Tuesday evening at Rich Harvest Farms Golf Club, the Sun Devils were facing a daunting deficit. USC had won two of the three completed matches and the Cardinal's Albane Valenzuela was 1-up on individual champ Monica Vaughn with one hole to go.

But Vaughn nearly holed a 30-yard pitch on No. 18 when play resumed, and her subsequent birdie forced overtime. She then defeated Valenzuela with a par on the 19th hole and Arizona State's Linnea Strom, who was all square with two holes to go when darkness fell, defeated Madeline Chou in 19 holes to clinch the decisive point.

"That was about the greatest shot I've ever hit in my life," Vaughn said of her pitch shot on No. 18. "I've hit that shot a couple times on that hole this week, so I knew what it would be like. I was just ready to go."

Matches for the Northwestern-Arizona State final

All five matches in Northwestern's battle with USC were still on the course when play resumed Wednesday morning, but the Trojans led in four of five tilts. Sarah Cho earned the first point for the Wildcats, and Hannah Kim soon followed after flipping her match against Robynn Ree to build a 2-0 lead.

USC notched the next two points, meaning the match between Northwestern's Janet Mao and USC's Gabriella Then would decide it. Mao won the 18th hole to force extras, then won the match when Then left a 10-foot par attempt one roll short on the first extra hole.

This marks the first finals appearance for Northwestern, which is playing this week a short drive from its Evanston, Ill., campus.

"They had an energy this morning and an aura about them that they just felt like they still had some fight in them," said Northwestern coach Emily Fletcher.

The team final will begin at 4 p.m. ET Wednesday and will be broadcast live on Golf Channel.