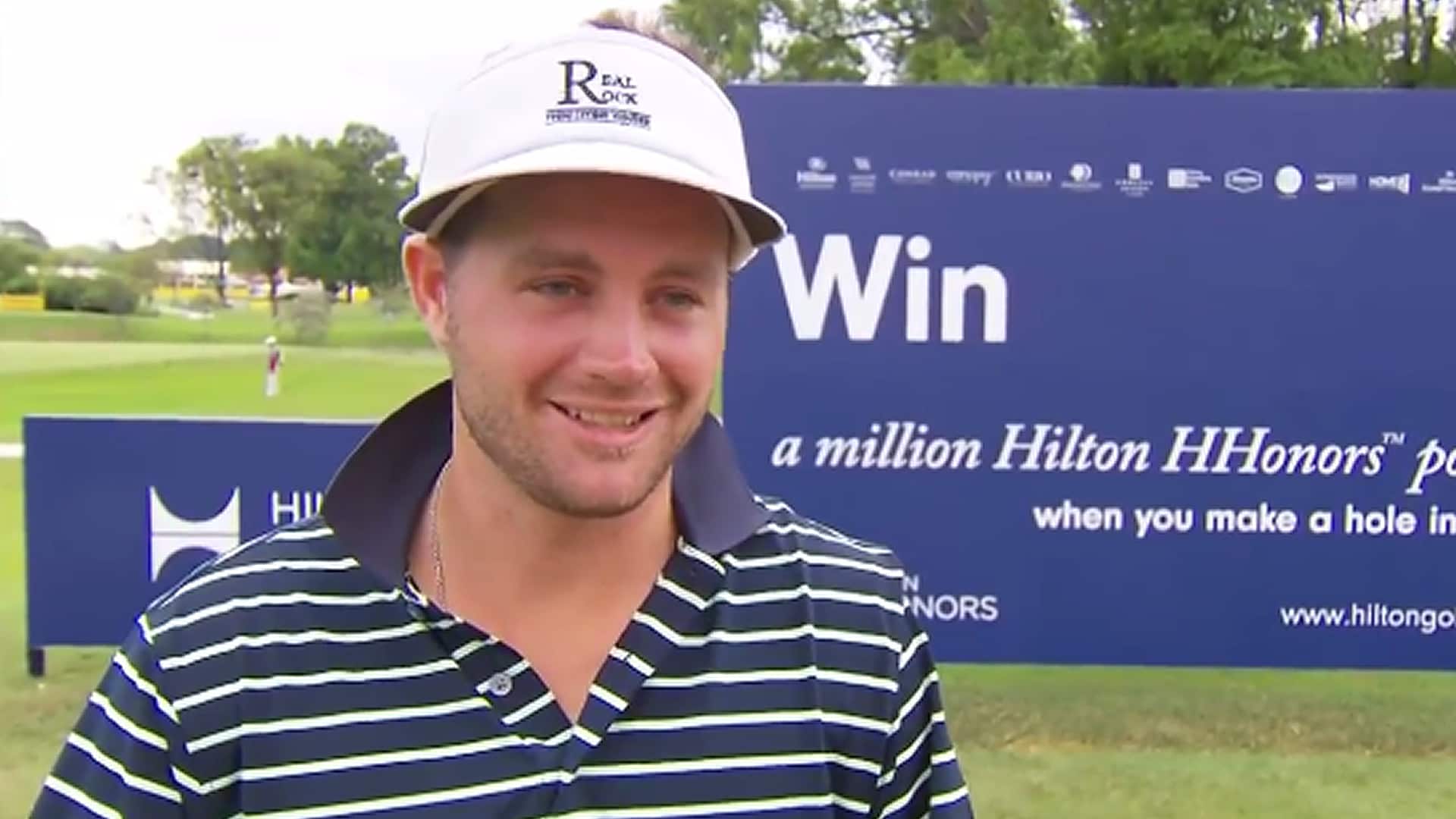 Casey O'Toole, a 25-year-old American playing in his first European Tour event, aced the par-3 12th in Round 2 of the Maybank Championship Malaysia. His prize: one-million Hilton Hotel rewards points. It may not be $1 million, but it's a heck of a prize for someone who has spent the majority of his career on the Asian Development Tour. The reigning ADT Order of Merit champion and Samford University product describes his hole-in-one and the importance of his prize below: