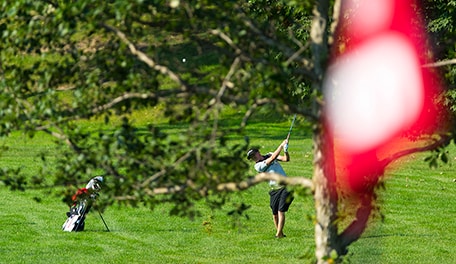 OLYMPIA FIELDS, Ill. – It seems like the only time Robbie Ziegler gets to play nowadays is when he’s not recruiting.

And yet there he was Wednesday, standing on the tee of the 16th hole at Olympia Fields, all square against Paul Dunne, the 22-year-old Irishman who last month held a share of the 54-hole lead at St. Andrews.

“I laughed with my dad when I saw the pairings come out,” Ziegler said. “I just watched that guy on TV at the Open.”

Such is the nature of 18-hole match play that a 25-year-old assistant coach at Wisconsin can hang with a guy who was 18 holes from becoming the first amateur in 85 years to win the year’s third major.

Ziegler lost that 16th hole with a bogey, but he holed a 12-footer on the long par 3 to force Dunne to go the distance. Dunne piped a drive on the home hole, and Ziegler had little chance once his tee shot found the fairway bunker. He tried to hit hybrid, but his approach shot caught the top of the six-foot-high lip. He wound up making bogey and conceding Dunne’s 10-footer for birdie. Dunne won, 2 up.

Ziegler was making only his third USGA appearance, and first since 2011, the summer after he graduated from Oregon. As the Badgers’ assistant, most of his days in the summer are spent on the road, traveling the country and recruiting the top junior players.

Ziegler says he has a “really cool boss” in Wisconsin coach Michael Burcin, who lets Ziegler sneak away for three or four events per year. Ziegler, who qualified for the Amateur after prevailing in a sudden-death playoff, tied for 11th at last week’s Oregon Stroke Play Championship.

“I joke with my buddies that I’ve learned a lot just by coaching my guys at Wisconsin,” he said. “Course management is a big thing for us, the patience and the mental side of it. I’m a lot stronger mentally than when I was playing. I was too hard on myself. Sometimes it helped, but more times it didn’t.”

Ziegler’s mental side was tested Wednesday in the high-profile match against Dunne, who graduated last spring from Alabama-Birmingham. 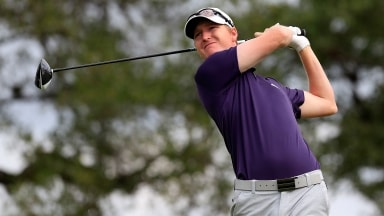 Steve Stricker isn’t the only Wisconsinite coming home to play in next week’s U.S. Open. Jordan Niebrugge, who grew up about 30 minutes from Erin Hills, qualified, too.