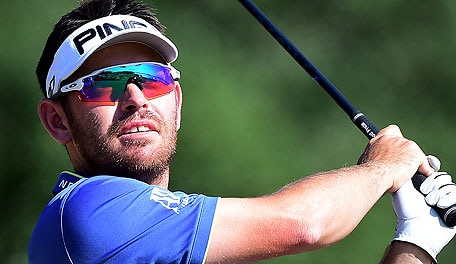 UNIVERSITY PLACE, Wash. – Entering the final round of the U.S. Open, Louis Oosthuizen was one of  many lurking at 1 under par, only three shots behind the leaders. He seemed to get lost in the shuffle of Jordan Spieth, Dustin Johnson and Jason Day, but the fact was, Ooshuizen had played the best golf of anyone over the previous two days.

After a terrible opening-round 77 while playing alongside struggling Tiger Woods and Rickie Fowler, Oosthuizen shot consecutive 66s to vault up the leaderboard.

Oosthuizen bogeyed Nos. 2-4 on Sunday at Chambers Bay and was immediately an afterthought. He made par on the next seven holes, then rattled off five consecutive birdies on Nos. 12-16 to move near the top. A birdie on the last hole gave him 67 for the round, including 29 on the back nine. He tied for second place with Johnson, a shot behind Spieth.

The highlight of the round was a holed wedge shot for birdie from 135 yards on the par-4 14th. After struggling off the tee, Oosthuizen hacked out into the middle of the fairway and dunked the third shot.

“I pushed myself the last few holes to be more aggressive on putts, just to see if I can get to some sort of number,” Oosthuizen said. “I think after my start the first round, I’m very happy for where I am now.”

Oosthuizen’s performance immediately places him higher on a list of favorites for the Open Championship next month at St. Andrews. He won the Open at the Old Course in 2010 to capture the claret jug for his first and only major.