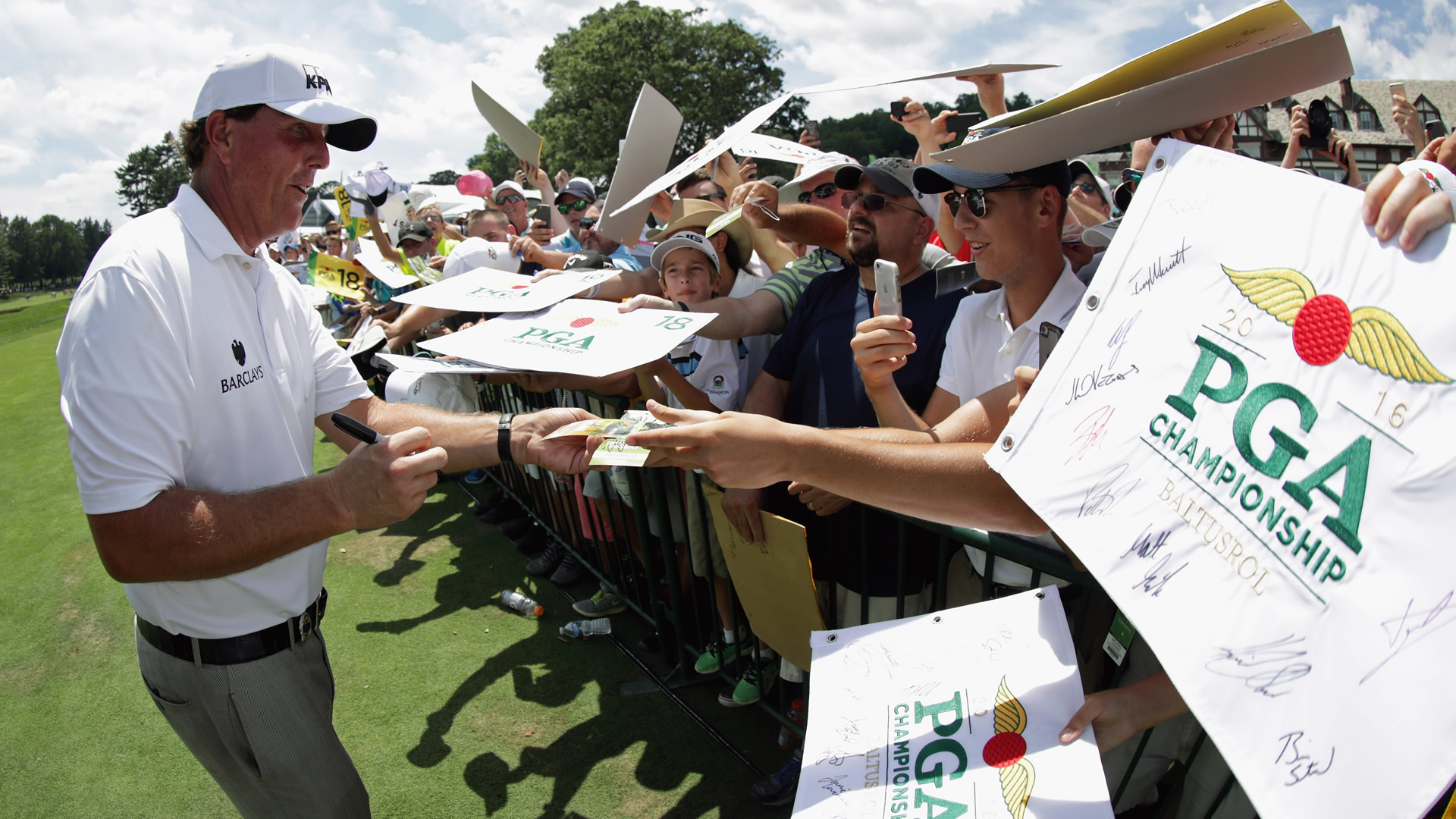 SPRINGFIELD, N.J. – When Phil Mickelson won the 2005 PGA Championship he did so thanks, at least in part, to his play on the par-5 closing hole.

Baltusrol’s unique setup includes back-to-back par 5s to close the round, and the 18th hole, which played the easiest in ’05 with a 4.526 scoring average, proved to be a particularly crucial hole for Lefty.

He was 4 under for the week on the 18th hole on his way to a 4-under total and one-stroke victory, but that will likely change this week thanks to a redesign.

“The water has been moved so close to the edge [of the fairway] and because the bunkers have been brought in on the right; if you want to hit driver there, your line has to be within 6 yards of the water's edge,” Mickelson said on Tuesday. “But if you choose to hit a hybrid or a 3-wood off the tee, you can now aim 20 yards to water's edge. So what it's done is it's just taken driver out of your hands.”

Depending on the wind, Mickelson said he’ll probably hit 3-wood at the finishing hole, which will make the second shot more demanding for players looking to reach the green in two shots.

“It changes it significantly,” Mickelson said of the redesign of the 18th hole.