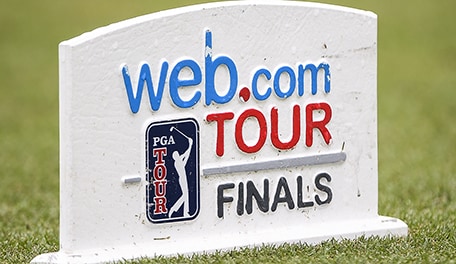 OVERLAND PARK, Kan. – Craig Barlow shot a bogey-free 9-under 63 on Thursday to take the first-round lead in the Web.com Tour's Digital Ally Open.

The 43-year-old Barlow had five straight bidies and six in seven holes on his opening nine at the Nicklaus Golf Club at LionsGate.

''If you hit good tee shots you will have a lot of wedges,'' Barlow said. ''The greens are so receptive that you can aim at any pin. As long as the weather stays good, the scores are going to be low here.''

Wes Roach, the winner of the El Bosque Mexico Championship, was two strokes back along with Ryan Yip, Tyler Duncan and Australia's Ashley Hall. Money leader Patton Kizzire, the Utah Championship winner last week, had a 72.