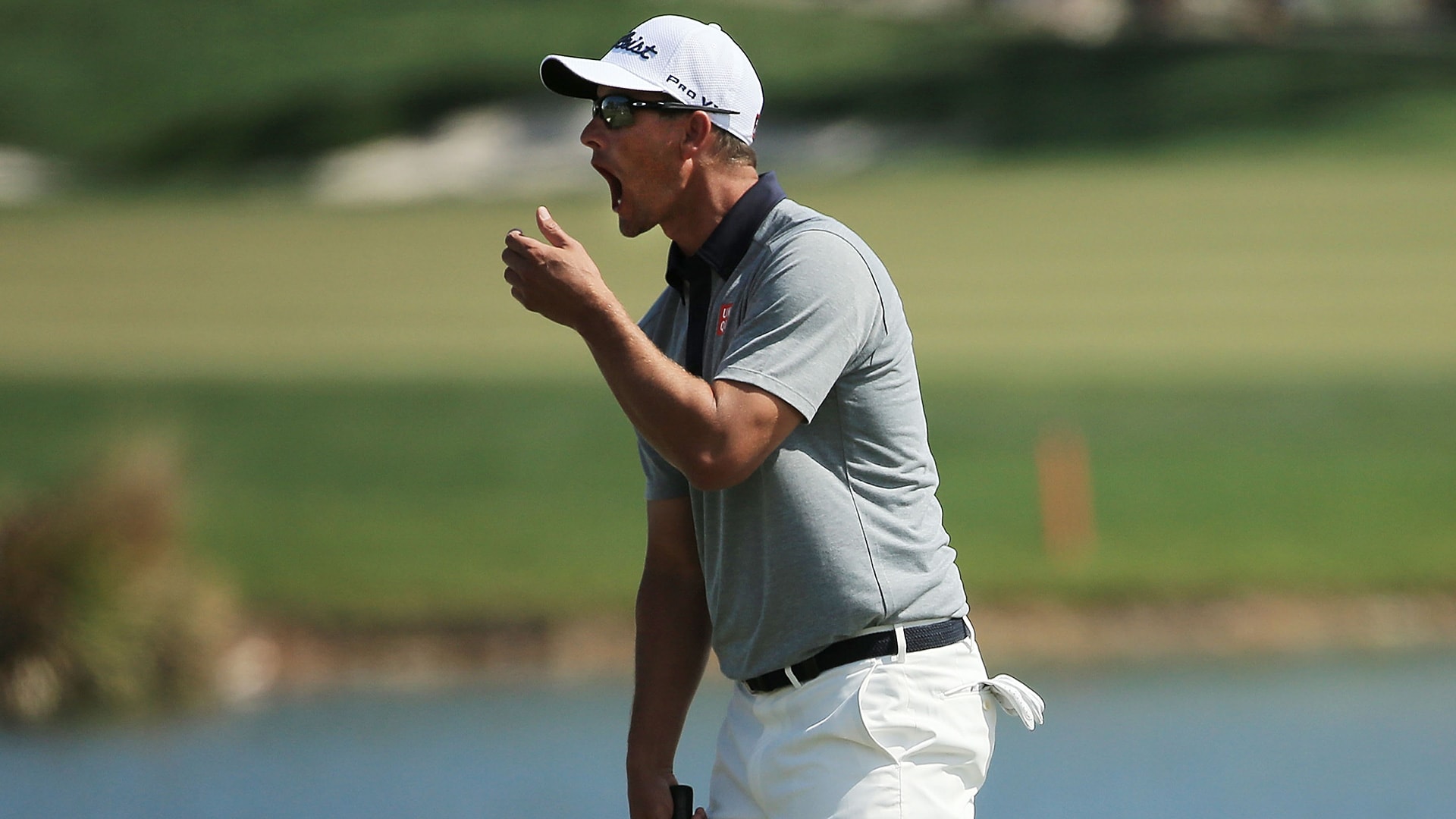 PALM BEACH GARDENS, Fla. – The Bear Trap took a bite out of Adam Scott, but it still wasn’t enough to knock the Aussie out of at least a share of the top spot at the Honda Classic. Here’s how things look at PGA National, where Scott and Sergio Garcia share the lead:

What it means: Fowler began the day with a lead, but he was passed first by Garcia, then by Scott. The Aussie built a three-shot lead before a disastrous quadruple bogey on No. 15, but he rebounded with a clutch birdie on No. 17 to re-take the lead over Garcia. The Spaniard then birdied the 18th to once again draw even and set up a final-round duel.

Round of the day: Scott got off to a blistering start, with four straight birdies on Nos. 6-9 to make the turn in 30 and take sole possession of the lead. While he was temporarily derailed by two watery shots on the par-3 15th, he still salvaged a 4-under 66 as he looks to win for the first time since 2014 at Colonial.

Best of the rest: Billy Horschel was one of the first players out in the morning and quickly made up some ground, with birdies on each of his first four holes en route to an outward 30. While he gave a shot back on his inward half, Horschel still carded a 4-under 66 that helped him jump 51 spots up the leaderboard into a tie for 11th.

Biggest disappointment: Fowler and Jimmy Walker comprised the day’s final pairing, but the duo struggled mightily in the spotlight. After going 36 holes without a bogey, Fowler failed to record a birdie en route to a 4-over 74, while Walker imploded with a 9-over 79 that included a 12-hole stretch of 10 over.

Main storyline heading into Sunday: While a trio of young Americans could still crash the party, this seems like a two-man race. Fresh off a runner-up at Riviera, Scott has continued his strong play this week on the Champion Course, and Garcia remains in great position to claim what would be his first Tour win since 2012.

Shot of the day: After a wobbly stretch on Nos. 15 and 16, Scott stuffed his tee shot on the lengthy par-3 17th inside 10 feet. He made the subsequent birdie putt to delight the crowds and briefly re-take sole possession of the lead.

Quote of the day: “I was trying to get a ball dry, for a start, and eventually did.” – Scott, who put his tee shot on No. 15 into the water and rinsed another ball from the drop zone en route to making a 7.