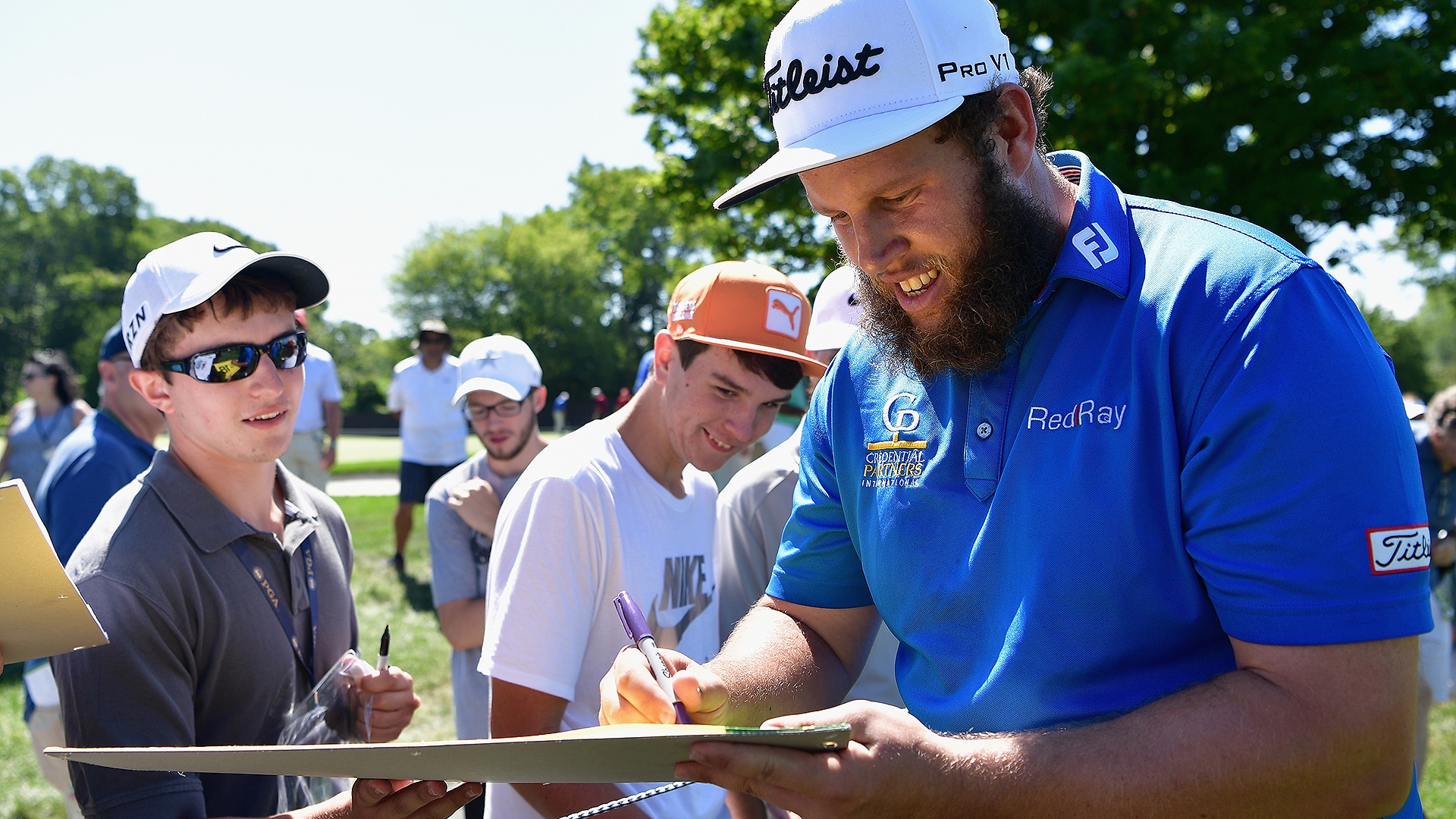 SPRINGFIELD, N.J. – “Ladies and gentleman, Andrew Johnston is making his way to the interview room … AKA The Beef” – the words came billowing over the loudspeaker in the PGA Championship media center.

Much like the ever-growing crowds that have been following Beef around the golf course since his Open de Espana win in April, the media flocked to listen to golf’s newest celebrity.

But that newfound fame comes with a price, namely, time. Something Johnston, who treats everyone like a long-lost friend, is coming to realize after 11 practice holes on Tuesday during which he signed autographs and took photos with everyone who asked.

“I actually had a big learning curve yesterday where I played a few holes, and I was signing so much, I probably shouldn't have done as much on the course and then waited till after,” Johnston, who’s making his first PGA start, said on Wednesday. “But it was like the first real time where I've had that much attention. And I come off the course and I was like, that was crazy. That was mad.

“I've just got to try and get the balance right and keep enjoying it and keep interacting with the fans, because that's just me. That's just my personality.”

While that personality is what has a group of guys in fake beards posing for pictures with him this week, the fun-loving Johnston bristled (as much as he can) at the notion that the Beef character could overtake his game.

“It might come across like that to some people, but as I've said before, it's all about the golf. First thing's first is the golf. That's what I grew up doing. That's what I grew up watching and where I wanted to be,” said Johnston. “So now I'm here, it's like I want to keep pushing forward, and the first thing, the most important thing is the golf before anything else.”