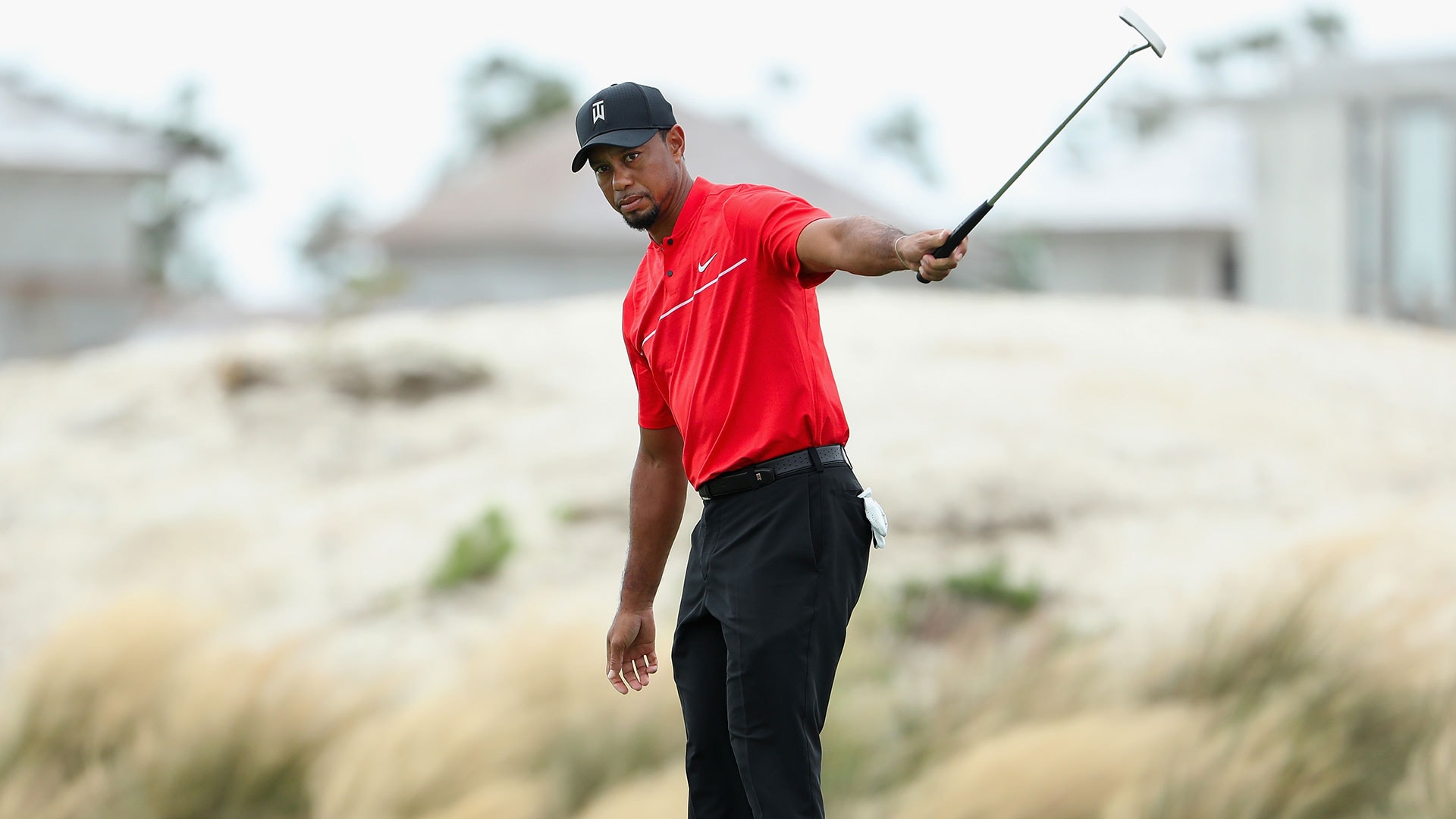 Less than 24 hours after he announced his return to the PGA Tour, there's already an opportunity to wager on how Tiger Woods will fare next month at the Hero World Challenge.

Woods hasn't played since withdrawing from the Omega Dubai Desert Classic in February, and he underwent lumbar fusion surgery in April. But Woods confirmed Monday that he has accepted an exemption into the Nov. 30-Dec. 3 event in the Bahamas, where he is also tournament host.

British outlet SkyBet compiled some prop bets regarding Woods' first competitive effort in nearly a year, listing him at 50/1 to win the tournament. Those are the longest odds of anyone in the 18-man field, with Jordan Spieth and Justin Thomas co-favorites at 6/1.

Woods' odds are similar to those offered at last year's Hero World Challenge, when the Westgate Las Vegas Superbook listed him at 40/1 in his first competitive start in nearly 16 months. Woods went on to finish 15th out of 17 players who completed 72 holes.

Here's a look at the Woods-related action offered by SkyBet, ranging from his finish at Albany to his score on the first hole of the tournament:

Records any bogey-free round: 4/1

Birdie or better on first hole of the tournament: 5/1