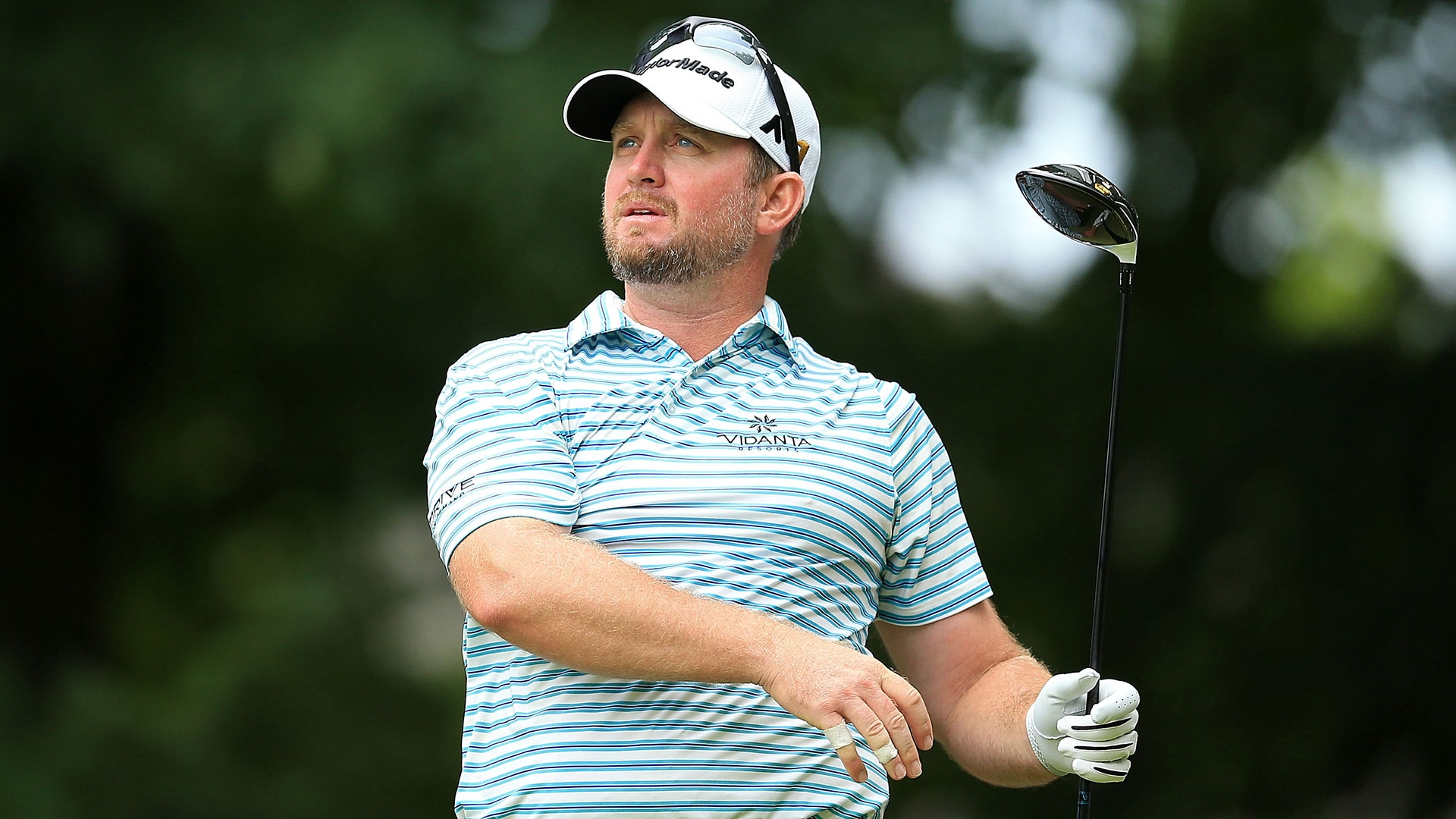 Steve Wheatcroft stood stunned as his chances for victory at the RBC Canadian Open disappeared into a lake on the other side of the 18th green.

Needing a birdie at the par-5 18th to tie Jhonattan Vegas, Wheatcroft was in the greenside bunker in two and faced what seemed to be a straightforward shot. Instead, the 38-year-old misjudged the amount of sand under his ball and bladed it over the green into the water.

After taking a drop from the hazard, he two-putted for bogey and a closing 69 that left him tied for fifth, two shots behind Vegas.

"It was an easy bunker shot. I actually said to my caddie, I was like, 'I think I can make this shot,'" Wheatcroft told reporters. "I hit it kind of right where I wanted to and the club absolutely bounced off the sand. There was nothing in there."

It was a tough close for Wheatcroft, who was in search of his first career PGA Tour victory. He held a share of the lead alongside Vegas with three holes to play, including a pair of par-5s, but he failed to birdie the par-5 16th and then plugged his approach into a greenside bunker on No. 17, leading to a bogey.

Wheatcroft entered the week at No. 153 in the FedEx Cup standings, and the closing bogey means he is still outside the top 125 and in danger of a return to the Web.com Tour Finals with only four regular-season events remaining.

"It's a brutal way to lose a golf tournament," he said. "I didn't feel like I did much wrong in there. I tried to cut the 4-iron in there and it didn't cut. I'm sure I had a little nerves going. I'm sure I kept it a little too far to the left, but I knew the bunker shot was easy. Just wish there would have been sand underneath."