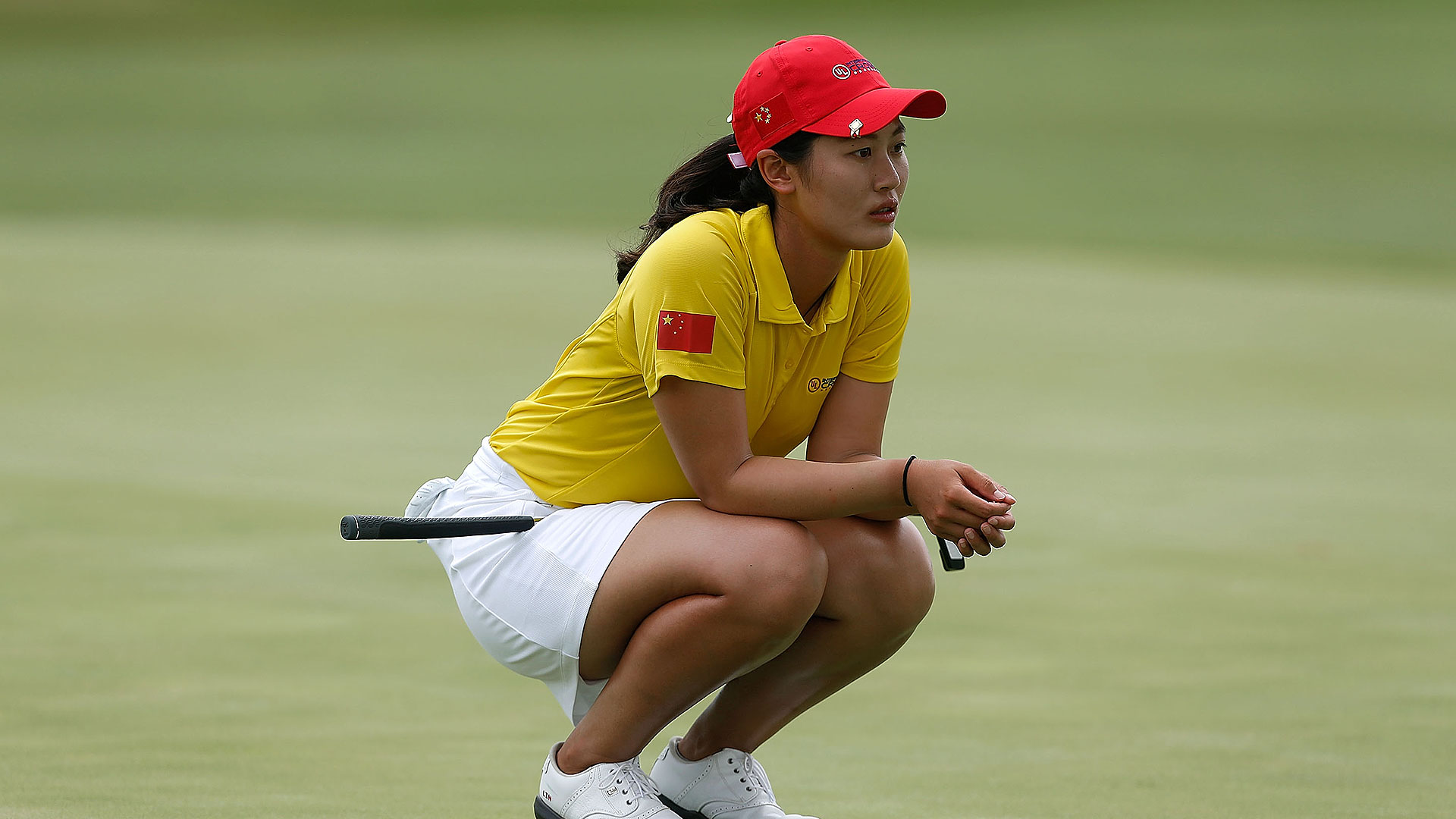 Lin took her putter back to her hotel room after Friday’s tough day on the greens to do a little practicing on the carpet in her room, but when she arrived at the Merit Club Saturday morning . . .

“I realized that the putter wasn’t with me,” Lin said.

She left it back in her room.

Well, not in the final accounting Saturday, with Lin borrowing a putter from the club pro at the Merit Club, an Odyssey blade similar to her putter. Lin played like the putter was tailored to her stroke. She made five birdies with it, teaming with Jing Yan to defeat Chinese Taipei’s Yani Tseng and Ssu Chia Cheng, 5 and 4.

Lin was asked if she were going to give the putter back.

“He can have mine,” Lin cracked.

Lin also holed out from a bunker for an eagle, helping give China a chance to make Sunday singles. The Chinese are sitting second in Pool A but won’t know if they’ll advance to singles until Korea and Australia finish their weather-suspended matches. 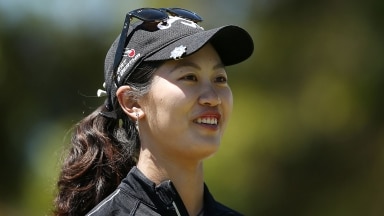 With a 5-under-par 67 Thursday, Xi Yu Lin finished the first round of the Swinging Skirts Classic four shots off the lead. She and Shanshan Feng are beginning to get some help in boosting China’s golf profile. 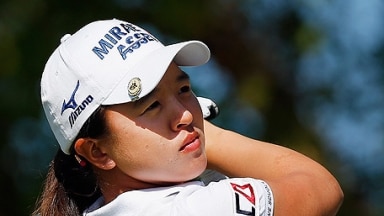 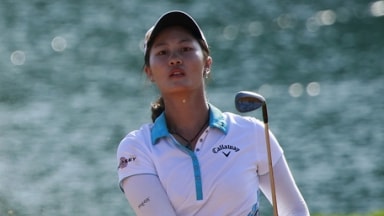 China's Xi Yu Lin took the lead Thursday in the windy Blue Bay LPGA, while Lydia Ko struggled in her first round since regaining the No. 1 spot in the world.