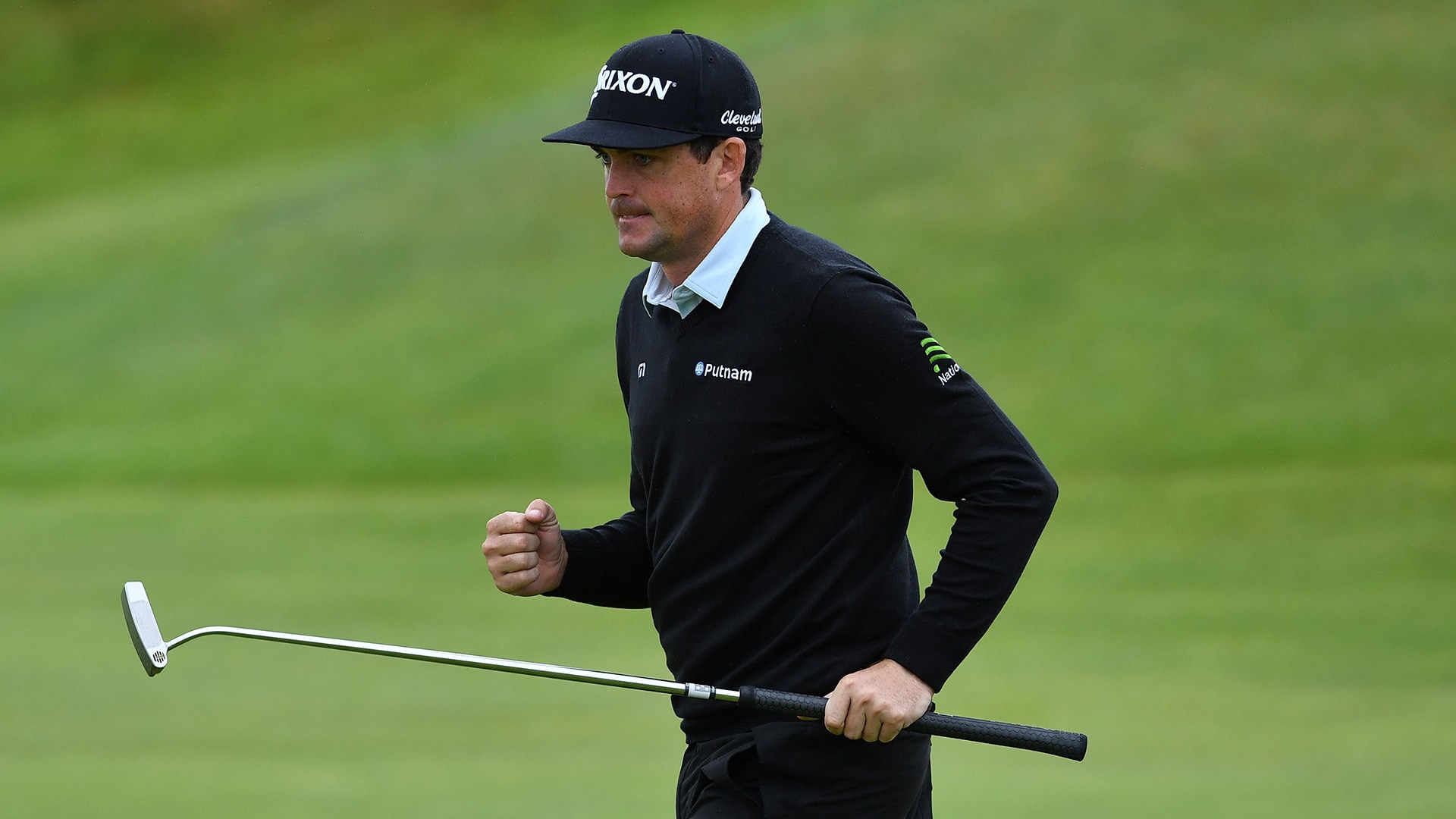 TROON, Scotland – Keegan Bradley and a couple buddies climbed to the top of Royal Troon’s 18th-hole grandstands on Monday and he put his name up on The Open’s iconic yellow leaderboard.

Pardon many if they believed that was wishful thinking.

Bradley is mired in the biggest slump of his career. He’s dropped 50 spots in the world ranking this year, down to No. 120, and has missed 10 cuts on the PGA Tour since January. His only top-10 finish came at the Memorial, and he’s never had much success in four previous Open appearances.

But none of that has deterred Bradley. He walked up the 18th Friday to complete his second round and saw his name near the top. A couple positions higher was his buddy and Ryder Cup playing partner Phil Mickelson. Bradley shot 67-68 and is tied for third place, only three shots behind Mickelson.

“It’s just more fun to play well,” Bradley said. “It’s extra hard to play well and not see the scores and that’s kind of what’s been happening to me over the last couple months. That’s actually harder than playing. Because everyone’s wondering, I always get the question, what’s wrong with you or something? And there’s nothing wrong. I’m just working.”

A couple months ago, Bradley parted ways with longtime caddie Steve “Pepsi” Hale and he said Friday at Troon that the likes of Mickelson, Ernie Els and Fred Couples have all reached out to give him encouragement. Bradley says, mostly, they’ve all told him that everyone goes through bad patches and that his job is to enjoy the challenge of fighting his way out of it.

“It’s amazing,” he said. “Golf is so great because these guys have all reached out to me without me asking. It makes me feel good.”

The last two rounds at The Open have felt good to the three-time winner on the PGA Tour. He’s worked hard to put himself in this position and believes he’s figured out how to battle his nerves better than he has in the past.

“I’ve had a few moments where I felt really nervous out there and hit really quality shots, which kind of hasn’t been the case lately,” he said. “So that’s a really good sign.”