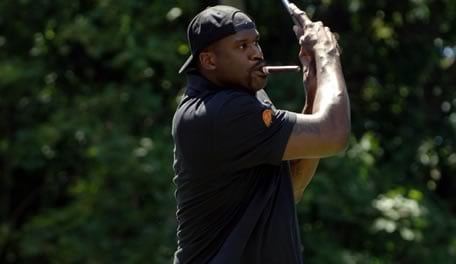 Keegan Bradley tunes up for competition with high-stakes practice rounds with Michael Jordan.

Wednesday at the Greenbrier Classic pro-am, he’ll play alongside another baller: Shaquille O’Neal.

The 7-foot, 1-inch center will tee off at 12:10 p.m. ET in the pro-am with Greenbrier owner Jim Justice, Justice's son Jay and Bradley, according to the local Bluefield Daily Telegraph. Lee Trevino, the golf pro emeritus at Greenbrier, will serve as the group’s caddie.

“He’s a great friend, and his heart is as big as his body,” Justice said of O’Neal, who also attended the Greenbrier event in 2010. “He genuinely cares about people and loves to give back. We’re going to have a ball.” 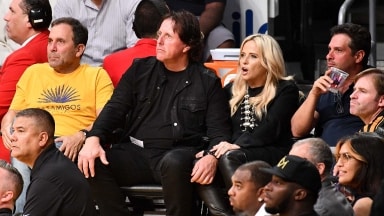 Phil Mickelson casually mentioned that he will be making $50,000 side bets during 'The Match' on Thursday. But the rest of his time on TV was pretty entertaining as well. 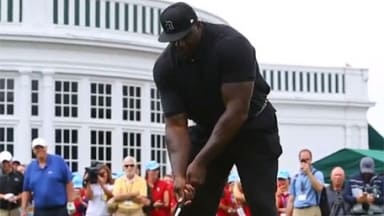 There's plenty of big stars at this week's Greenbrier, but none bigger than NBA legend and current TV analyst Shaquille O'Neal. 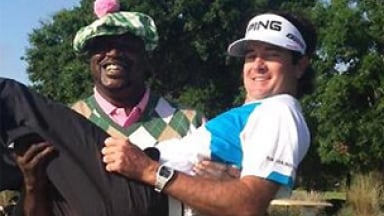 Happy birthday, Shaq! For a 7-foot, 1-inch guy, he certainly seems to fit in just about everywhere. On the basketball court, in the TV studio and even on the golf course.