Brady posts picture with Spieth on 12th at Augusta 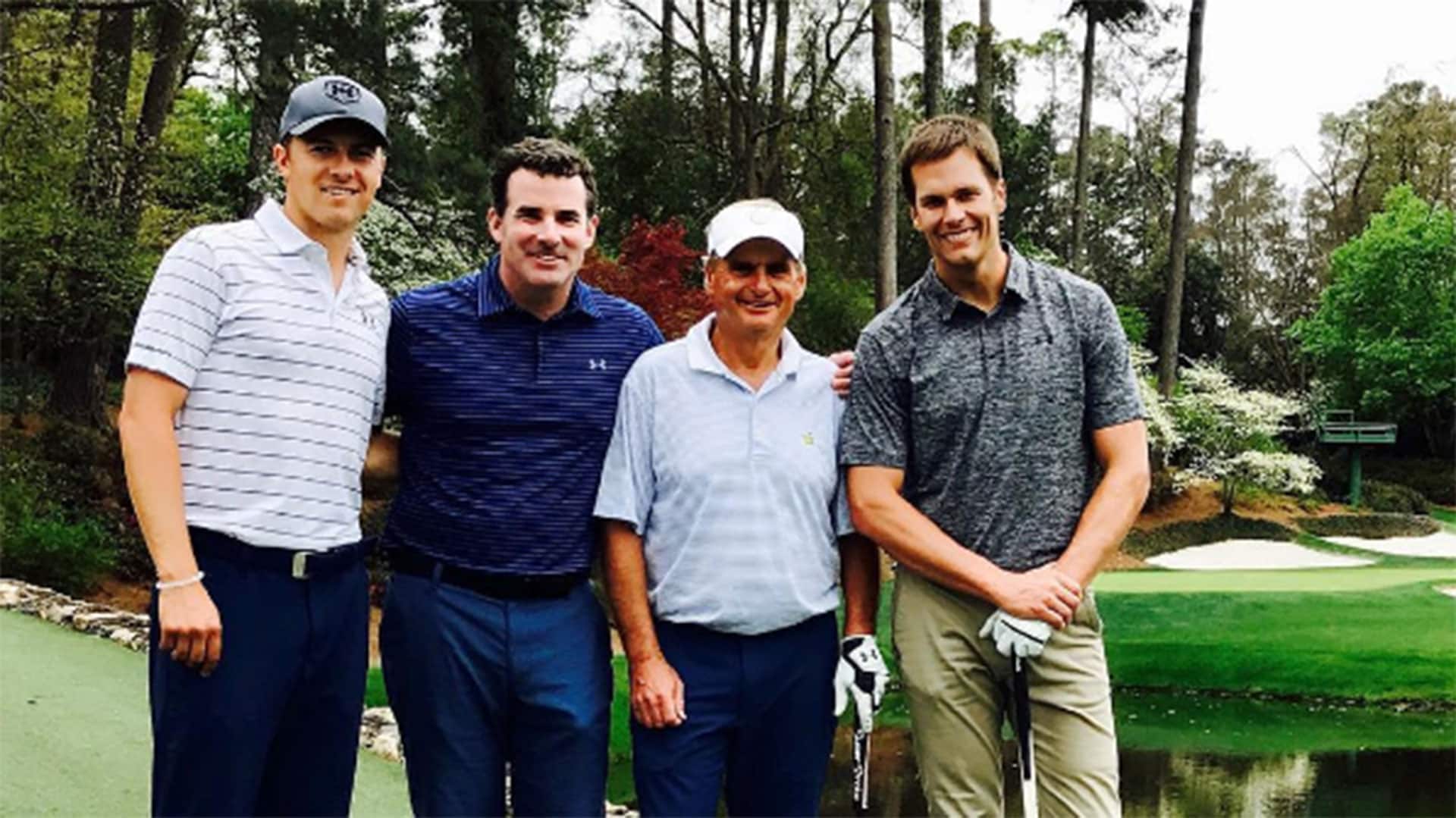 Jordan Spieth has returned to the scene of the crime - and he's got Tom Brady, Under Armour CEO Kevin Plank and Augusta National member Jimmy Dunne with him.

Brady, the five-time Super Bowl champ, posted this image of the foursome standing on the Hogan Bridge on the 12th hole at Augusta National. 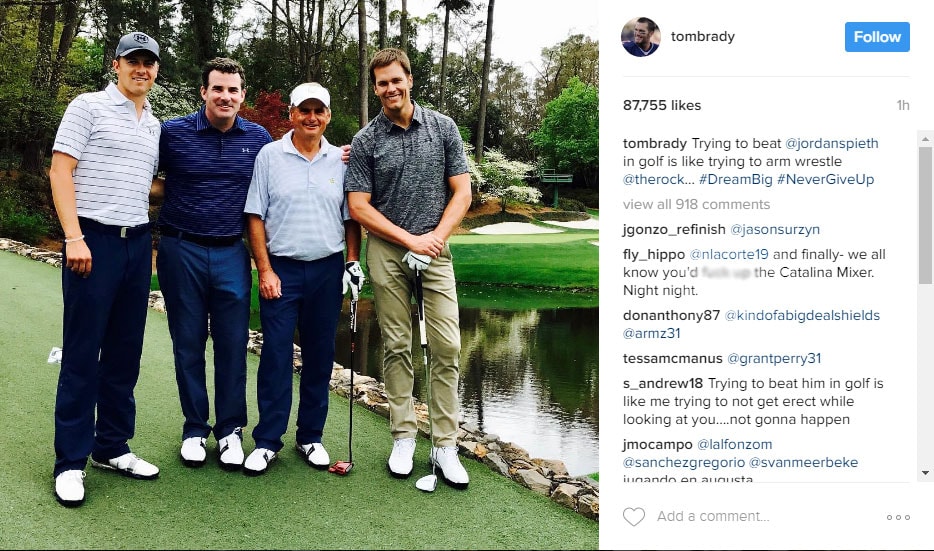 Spieth will look to rebound in two weeks from his quadruple bogey-7 on the 12th hole last year that cost him what would have been his second consecutive green jacket.