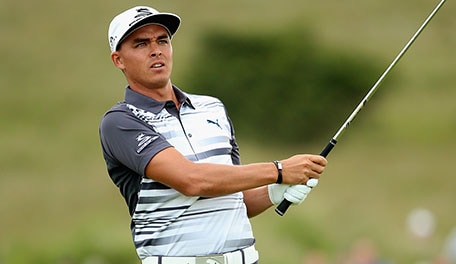 Daniel Brooks got off to a shaky start, but he was able to keep his lead as several big names stumbled on Saturday at the Scottish Open. Here's how things look heading into the final round at Gullane GC:

What it means: Brooks got off to a terrible start with a double bogey on the opening hole. He recovered with birdies on Nos. 5, 8 and 9 on his way to a 1-under 69. The world No. 528 now has a chance to turn his career around with another good round on Sunday. He has only made three cuts in 18 events this season.

Round of the day: Jacquelin made six birdies and no bogeys for a tidy 64 and a spot in the final grouping. It's also been a season to forget so far for the Frenchman as he's yet to record a top-10 in 2015.

Best of the rest: Fowler and Luiten grabbed a share of third with 4-under 66s. Players champion Fowler has missed two straight cuts, but he's showing form again as he looks to win his first major at the Open next week.

Biggest disappointments: It was not a good day for several big names. Defending champ Justin Rose, Graeme McDowell and Shane Lowry all shot 2-over 72s and sit six strokes behind Brooks. Jimmy Walker (78) made three doubles and a triple and now resides in last place.

Main storyline heading into Sunday: Fowler will start the day two strokes back, but he's clearly the man to beat in the final round. It will also be interesting to see if Brooks can hang on since he bounced back impressively from a bad start on Saturday.

Quote of the day: "I just enjoy all the options you get. You get to kind of show off ballstriking, hitting different golf shots." - Fowler on why he likes to play links courses