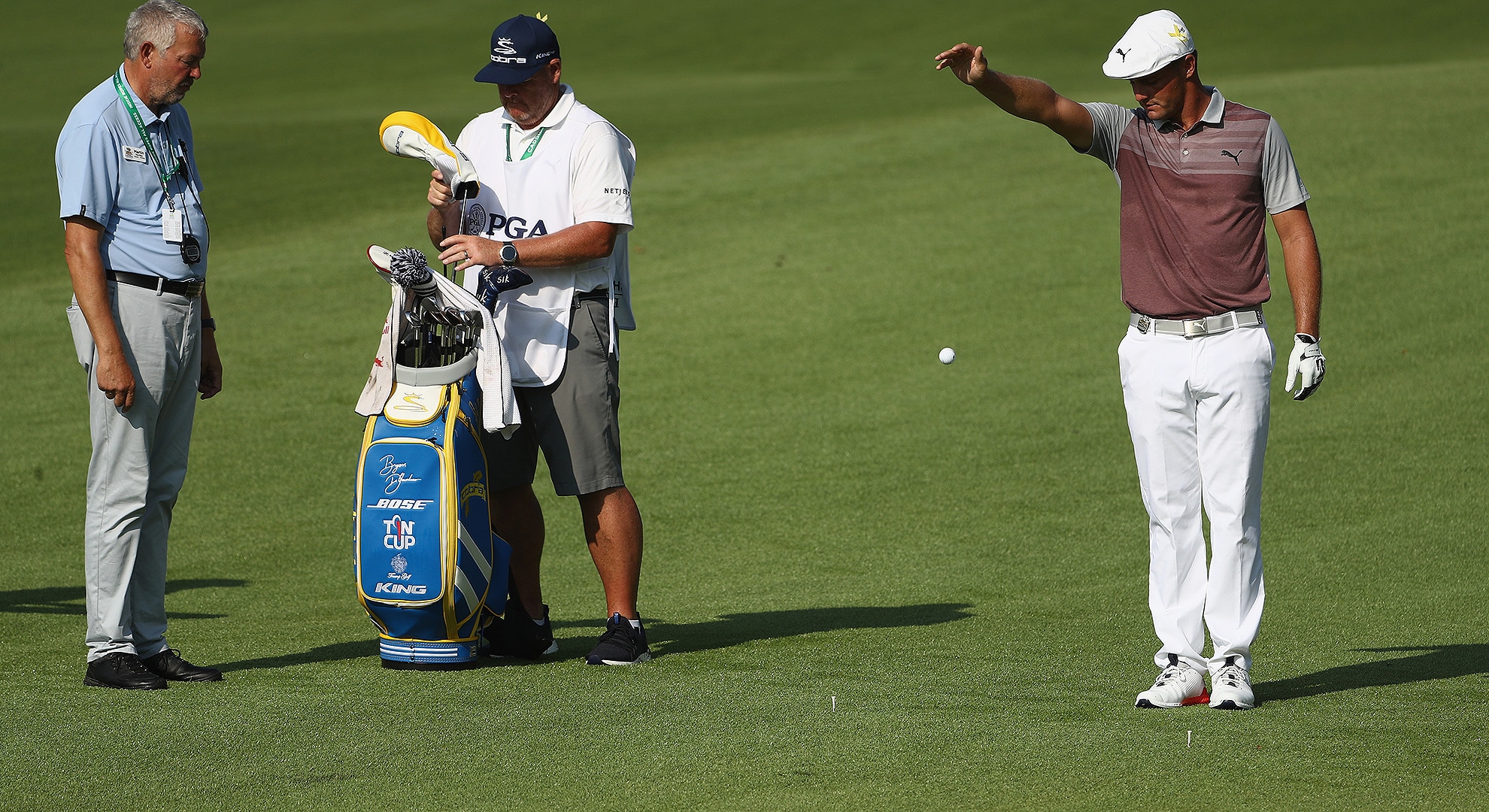 ST. LOUIS – Bryson DeChambeau made it to the weekend at the PGA Championship.

He just won’t be staying for the final two rounds.

The Memorial winner and Ryder Cup hopeful bogeyed three of his final six holes Saturday morning to miss the even-par cut by a single stroke.

DeChambeau entered the week ninth on the U.S. Ryder Cup points list and was hoping to vault into the top eight, securing an automatic qualifying spot.

Phil Mickelson, who was 10th on the U.S. points list, missed the cut by four following rounds of 73-71 and declined to speak with reporters after the conclusion of his second round.

On the European side, Sergio Garcia (+1), Henrik Stenson (+2) and Matthew Fitzpatrick (+2), who would all currently require captain’s picks, are done for the week.