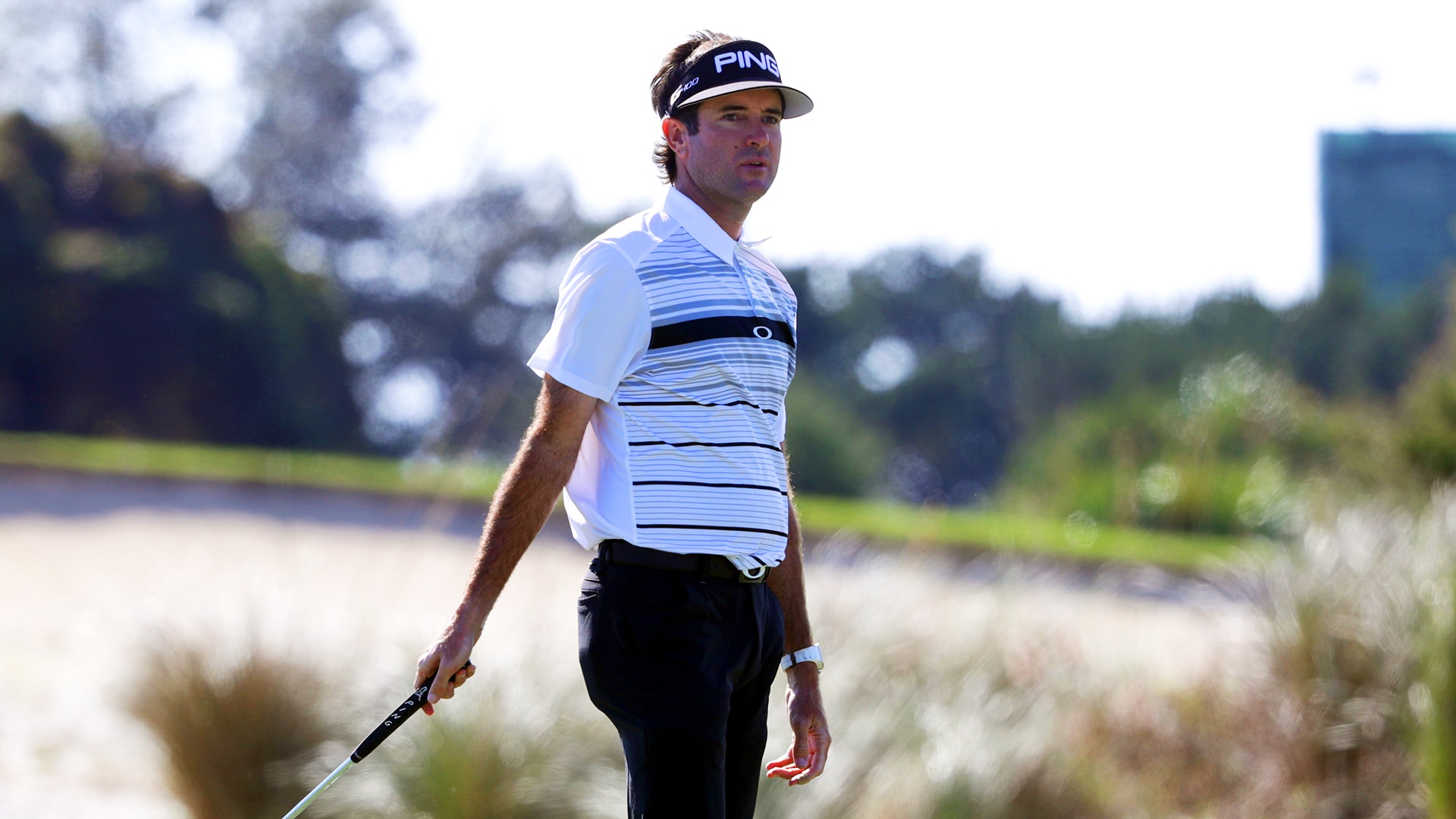 ST. SIMONS ISLAND, Ga. – Bubba Watson’s plan when he left the Dell Technologies Championship in September was to take a few months off and come back fresh in 2018

Those plans changed after a few weeks.

“What we figured out was the mental side, preparing for kindergarten - not for me, for my son - preparing for [wife] Angie's knee surgery. It's been a tough go,” Watson said.

“Being home and being with the family and everything, I realized how much I missed the game of golf, and that's why I wanted to come and play in these tournaments.”

The plan has paid off this week at the RSM Classic, where Watson is tied for 12th place after a second-round 64 on the Seaside course moved him to 7 under par.

Watson, who tied for 51st two weeks ago in Las Vegas, got off to a quick start on Day 2, playing the opening nine in 29. Despite a miscue at the 14th hole, when his tee shot wedged into a tree, he was solid coming in for his best individual round this year.

The left-hander was particularly sharp with his ball-striking after what has been a difficult year.

“I want to play golf now and right now I'm swinging at it pretty nicely,” he said.