Bubba battling nerves, only four back at Doral 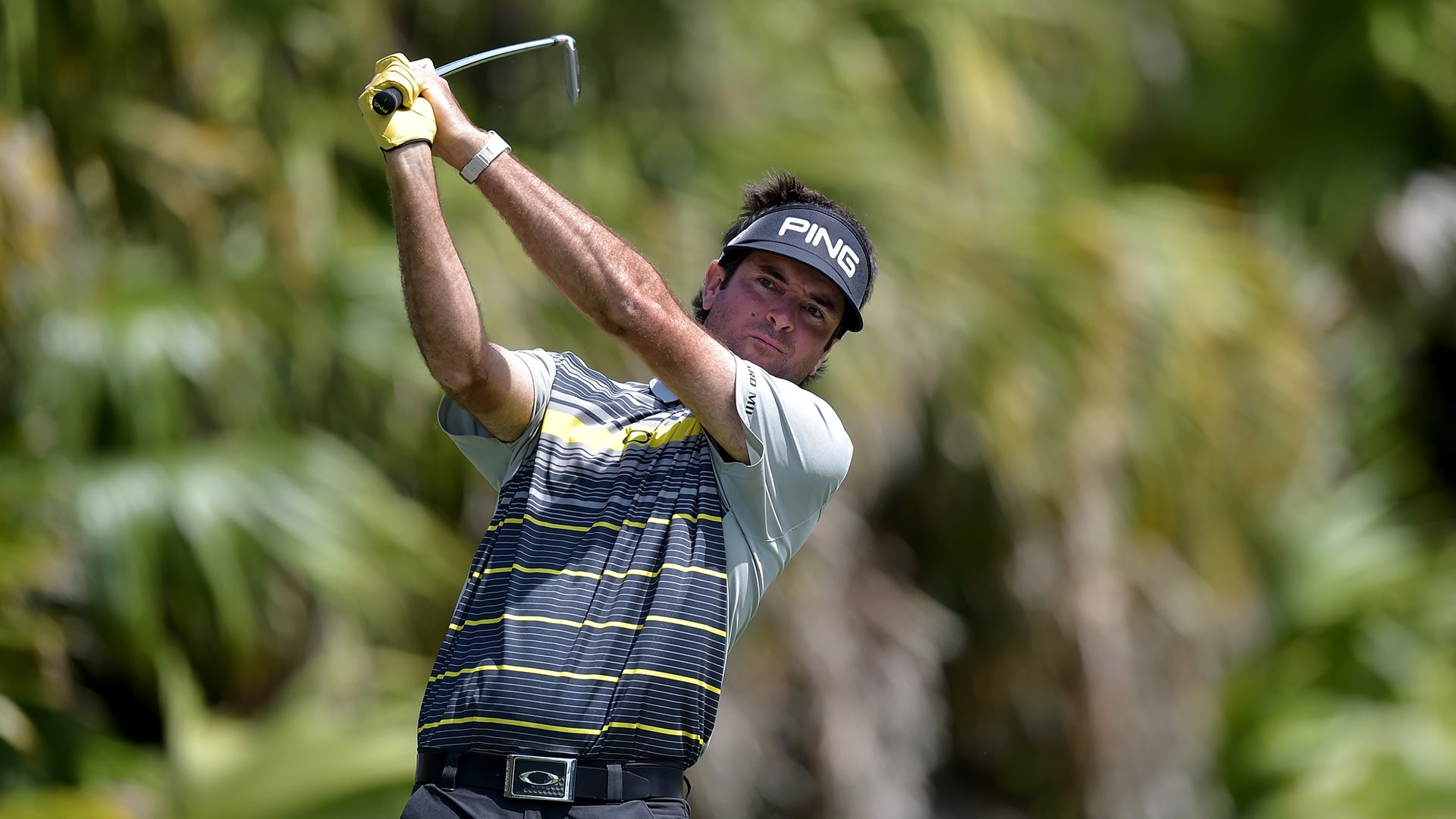 DORAL, Fla. – Two weeks ago when Bubba Watson won the Northern Trust Open he talked about the anxiety he has during rounds.

On Friday at the WGC-Cadillac Championship after his second consecutive 69 left him tied for fifth place, he was asked if he’s always “on edge?”

“Always," he said. "Even at Bob Hope [CareerBuilder Challenge], or whatever it's called now. Even at the easy courses. Even my club championship I'm on edge."

All of which makes his solid play at Doral, considered one of the PGA Tour’s most demanding tests, that much more puzzling, particularly considering that every shot seems to loom for Watson.

“If you want me to go through my round, I can tell you my thoughts. And you'll laugh, because you'll be like, gosh, you're a head case,” Watson said.

“If I cut it, because I like to cut the ball, if I over-cut it, it's in the water,” he explained.

“Seems like there's no fairway, it's all bunker,” he said.

“You've got trouble over here if I pull it and you've got water if I over-slice it,” he admitted.

“It’s really, really tough for me,” he said.

“I don't know how you hit that fairway,” he added.

Well, you get the idea.