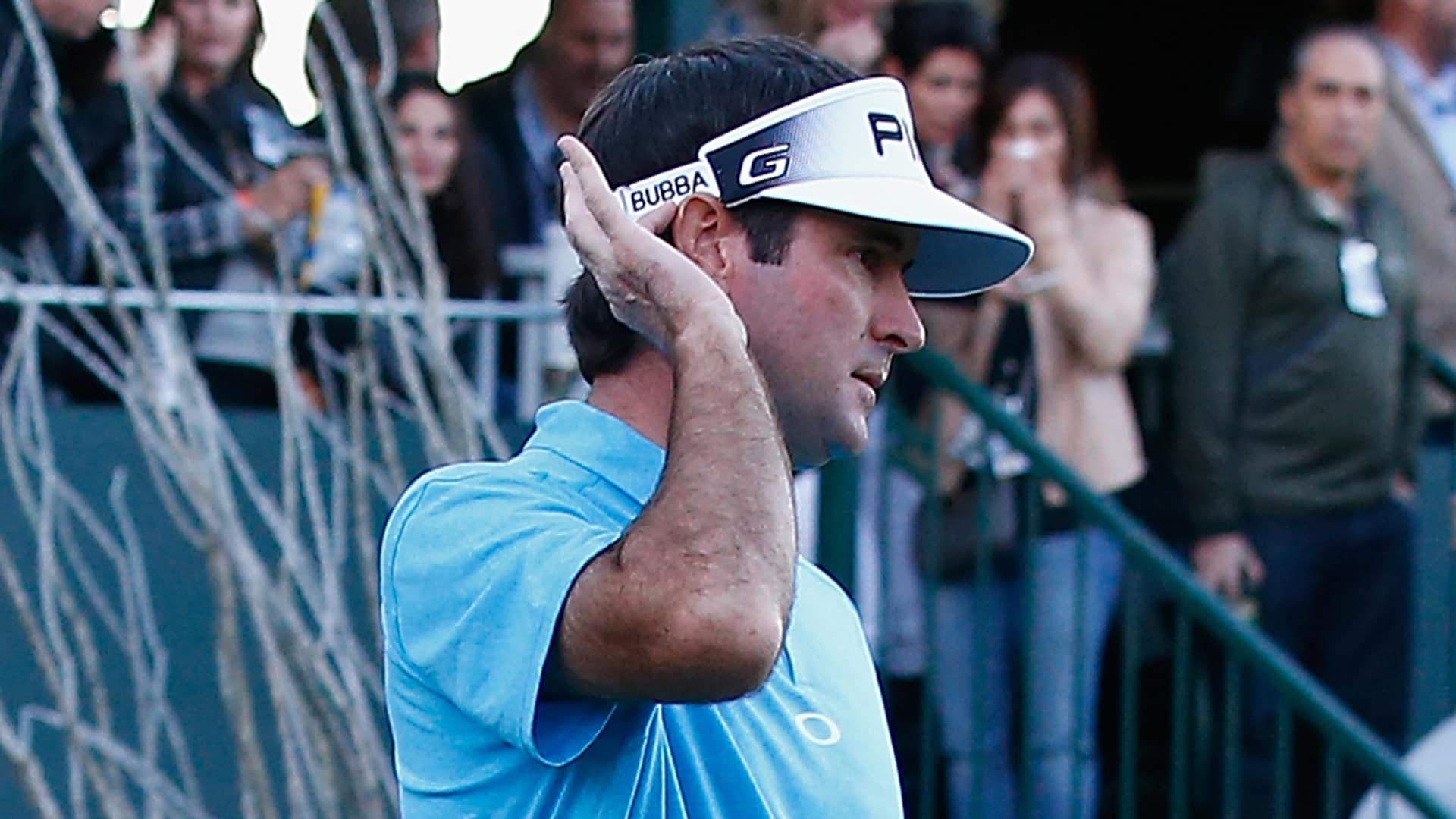 SCOTTSDALE, Ariz. – Bubba Watson's unflattering comments Wednesday about the changes at TPC Scottsdale didn't go over well with the rowdy fans in Round 1 at the Waste Management Phoenix Open.

When asked why he likes the course (he's finished second in his last two starts here), Watson didn't hold back.

"I don't like it," he said. "I'm not going to PC it. I don't like it at all. I just mentioned why I'm here. I've got three beautiful sponsors that love it here."

Watson didn't like the changes Tom Weiskopf made before last year's event to toughen up the course, and by the time the two-time Masters champion arrived to the amphitheater at the par-3 16th, the crowd was ready to let him know what they thought of his remarks.

Watson was showered with boos even as he stood over the ball. Despite the jeering, he stuffed his tee shot to 11 feet.

Before reaching the green, Watson tried to win back some fans by tossing out Ping visors. He also tweeted this morning, "I love the @WMPhoenixOpen and fans are awesome... looking forward to today!" with a link to a Golf Channel video with his full comments from Wednesday's press conference.

Despite the boos on the tee, he received plenty of applause after he canned his birdie putt.

Watson closed with two pars just before sunset for a 2-under 69.

He was not made available to the media after his round. Watson tees off Friday at 9:57 a.m. ET.