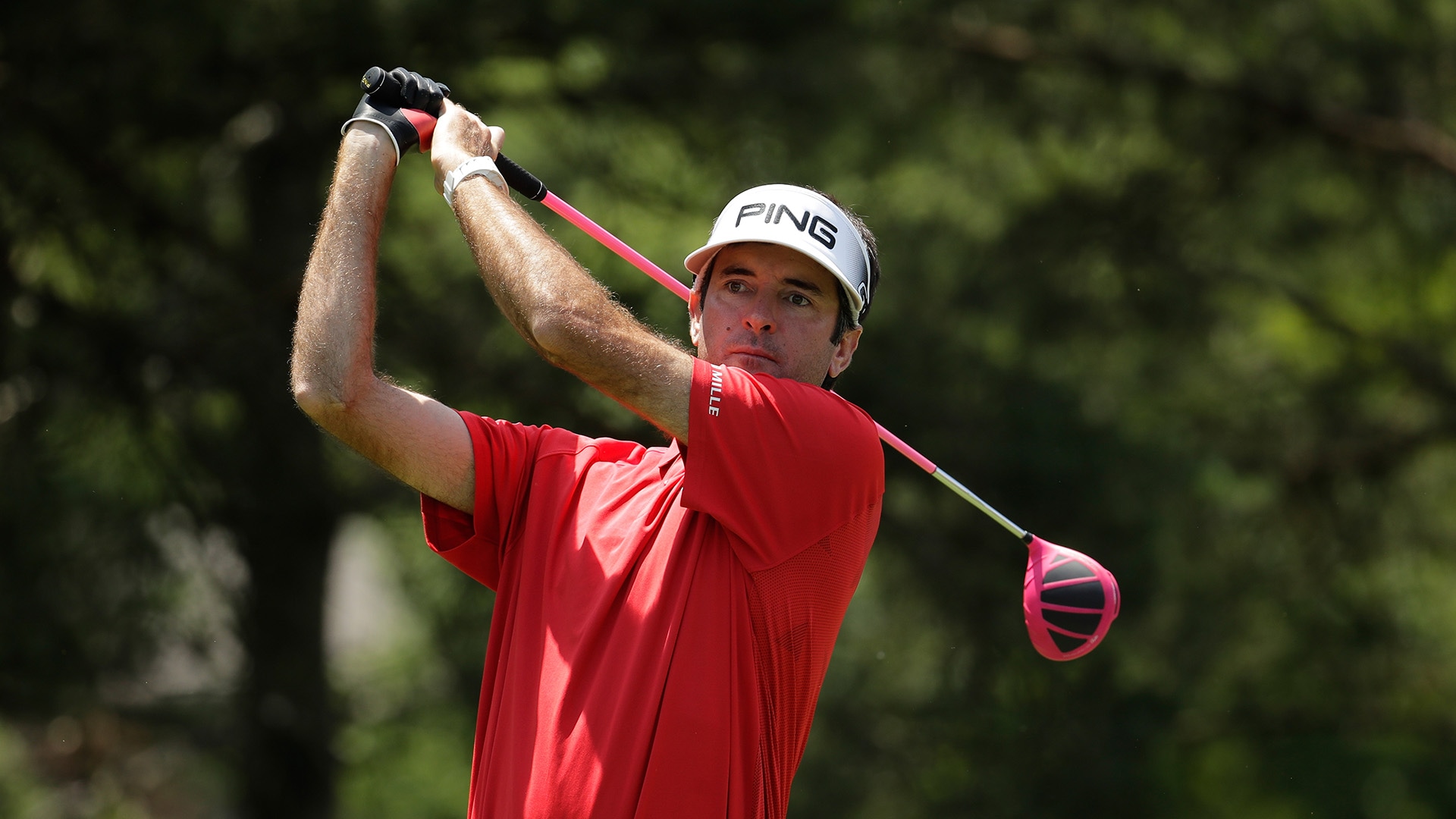 While at The Northern Trust, the first leg of the FedExCup Playoffs, in late August, Watson told reporters: “You know, truthfully, when I'm done with the playoffs, no matter where that is, I'm taking at least four and a half months off. I won't play until next year.”

And yet, here he is, in the field at the Shriners Hospitals for Children Open.

Two things. A tragic event, and a go-ahead from his wife, Angie.

“My wife had knee surgery,” Watson said Tuesday. “Thirty-two staples later, she’s doing good. The whole goal was to stay home, be a stay-at-home dad and help her out.”

And Watson was doing just that, helping out at home, volunteering at his son’s school, and having “a blast” watching his daughter attend pre-school.

But he was also getting a little restless and working diligently on his game.

Angie could tell, and she was ready to give Bubba the green light, a decision made even easier by the couple’s desire to support Las Vegas. Less than a month ago, on Oct. 1, the city’s famed Strip became the site of the deadliest mass shooting in American history, when a gunman killed 58 people and injured more than 500 others.

“Why would you not want to come here and support this place and show love? I mean, all I’m doing is playing golf. But [I’m] trying to show the city – it’s a beautiful city, and it’s a great place for people to come.”

Taking advantage of a trip he didn’t expect to take, Watson on Monday night took in some of the city’s nightlife, seeing ventriloquist Terry Fator, whom he called “unbelievable.”