Bubba leads DJ by one, Rory by two at Riviera 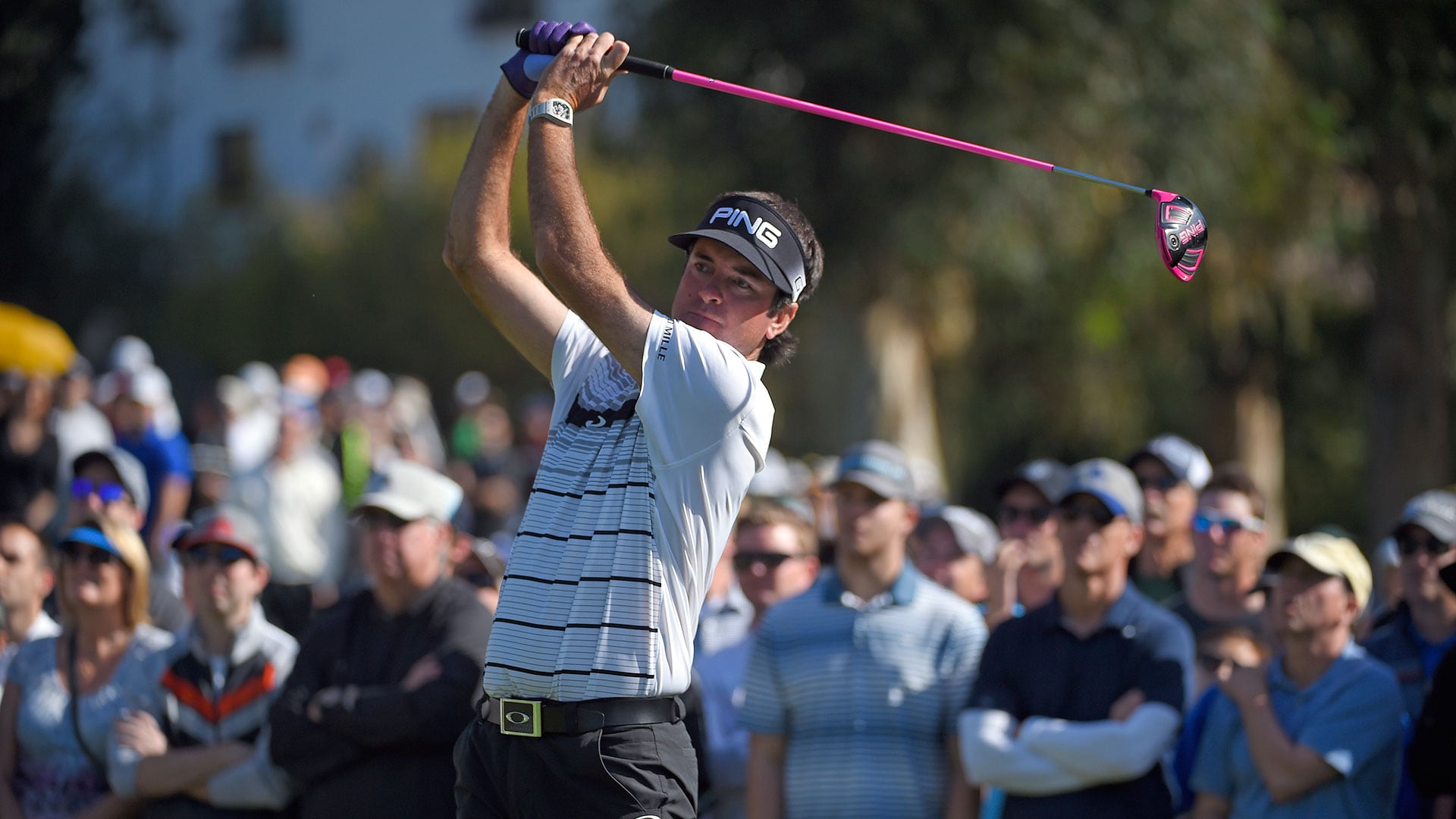 Thanks to a crafty up-and-down for par at the 18th, Bubba Watson will take a one-shot lead into the final round at the Northern Trust Open. Here's what happened Saturday at Riviera, where four more of the top 20 players in the world will be chasing Bubba on Sunday.

What it means: The champion at Riviera in 2014, Watson is 18 holes from his second Northern Trust title, third worldwide win since last June and ninth total PGA Tour victory. Two back to start the day, he made the turn at 1 under and chased down the mid-round leader, Reavie, with the help of three back-nine birdies, posting 4-under 67 and taking sole possession of the lead. But Watson won't have it easy Sunday. The chase pack includes eight players within two shots of the lead, including Johnson, McIlroy and Scott. The winner two weeks ago in Phoenix, Hideki Matsuyama, is just three back.

Round of the day: Five players - Chappell, Sung Kang, Padraig Harrington, Justin Thomas and Harold Varner III - shot 5-under 66. Chappell, two back of Watson, made six birdies against a lone bogey. After three career runner-up finishes on Tour, including one earlier this season at the RSM Classic, Chappell still eyes his first Tour victory.

Best of the rest: Eight more players, including McIlroy and Scott, shot 4-under 67. McIlroy managed to hold at 10 under for the week thanks to an impressive par putt from 19 feet on the final green. Scott, who was bogey-free, is looking to bounce back from a 2015 campaign that proved his first year without at least one worldwide victory since 2000.

Biggest disappointment: First-round leader Camilo Villegas shot 8-under 64 Thursday and has backed up two shots since. He sits 6 under for the tournament, six back.

Shot of the day: After missing the 18th green well right and having to play his ball from near a greenside leaderboard, Watson managed to make par when his pitch from below the putting surface came to rest less than 3 feet from the cup. Watson cleaned up for his par, holding on to his one-shot lead.

Storyline to watch Sunday: Watson is just 2 for 9 in his career when it comes to converting a 54-hole lead, and the last four winners at Riviera have all trailed through three rounds.