Bubba needs sleep after 69: 'I get cranky' 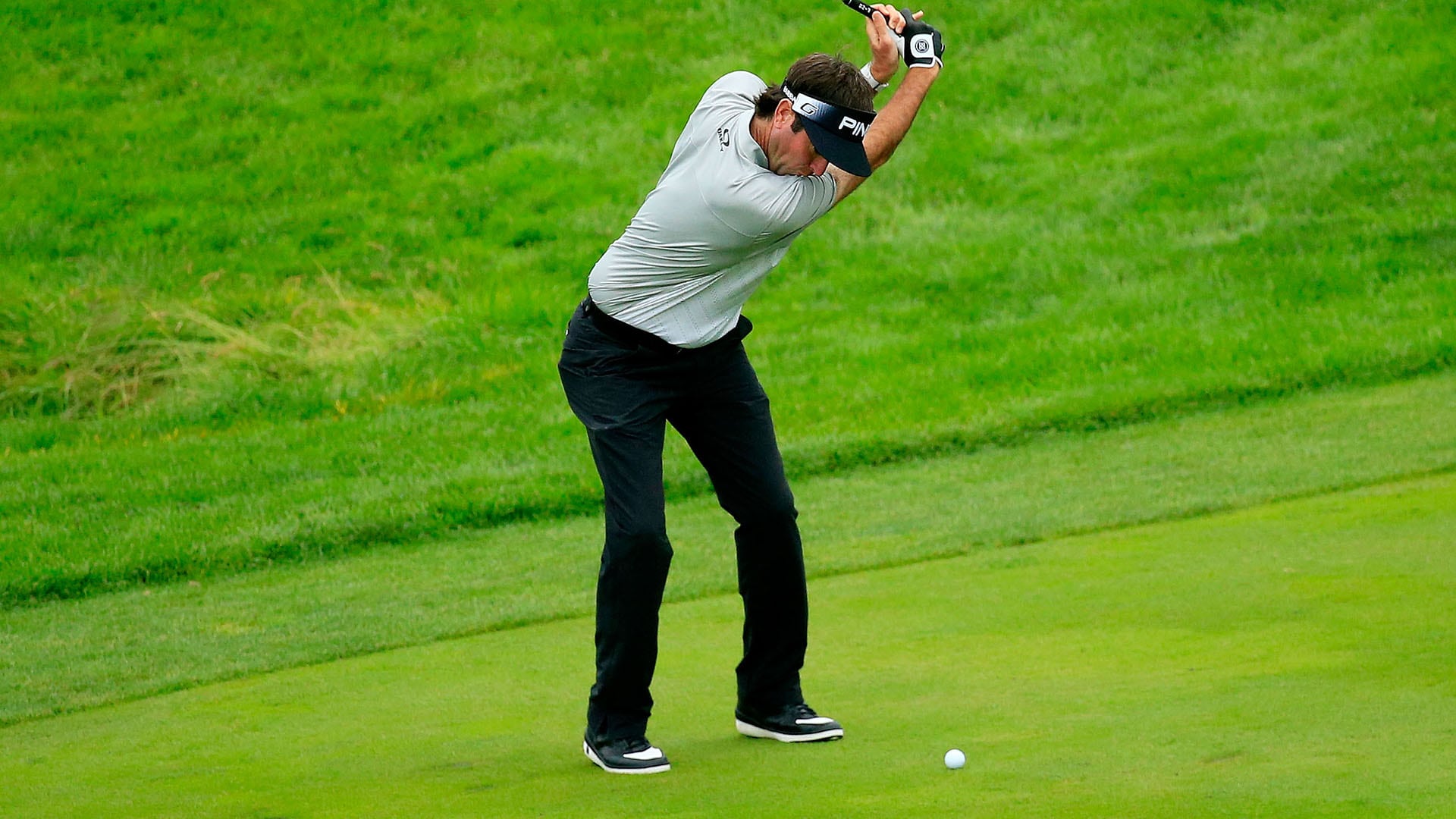 OAKMONT, Pa. – Sleep may be the key to Bubba Watson’s U.S. Open chances.

“I need my 12 hours of sleep,” Watson cracked Friday morning after finishing off the suspended first round with a 1-under-par 69, his best start in a U.S. Open. “I get cranky.”

Watson was originally scheduled to go back out to start the second round at 8:21 p.m. Friday, but about an hour after he finished up, the USGA announced that all the second-round afternoon tee times would be moved to Saturday morning.

Watson opens this U.S. Open one shot better than he did the last time the championship was played at Oakmont. He tied for fifth at Oakmont in ’07, when he opened with an even-par 70.

“I've seen the course before,” Watson said. “I know how difficult it is. So trying to stay patient, knowing what I know from this course.”