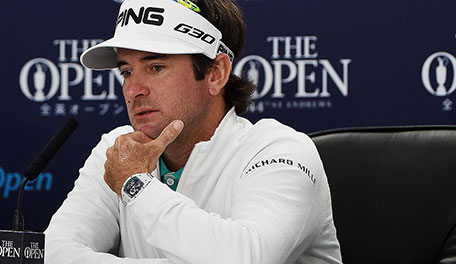 ST. ANDREWS, Scotland – Bubba Watson loves the Open Championship and he loves the Old Course but he has one big concern about this week: His ball flight.

Watson’s trademark is his ability to work the ball in any direction with the greatest of ease. That has worked well enough to win two green jackets and collect eight PGA Tour victories in the past five years, but it doesn’t work well at a British Open, particularly one where wind should be a major factor in determining the outcome like it is predicted to this week.

“On paper it’s probably not the best for me with all the conditions you add to it,” Watson said. “It’s a challenge for me because it’s trying to figure out the right spots, and it’s trying to hit the ball straighter.

In six previous Open starts, Watson has missed three cuts and his best finish is a 23rd-place tie in 2012 at Royal Lytham. He won’t use his driver as much this week, but knows that patience, putting and dealing with awkward bounces is a way to improve his record in this championship.