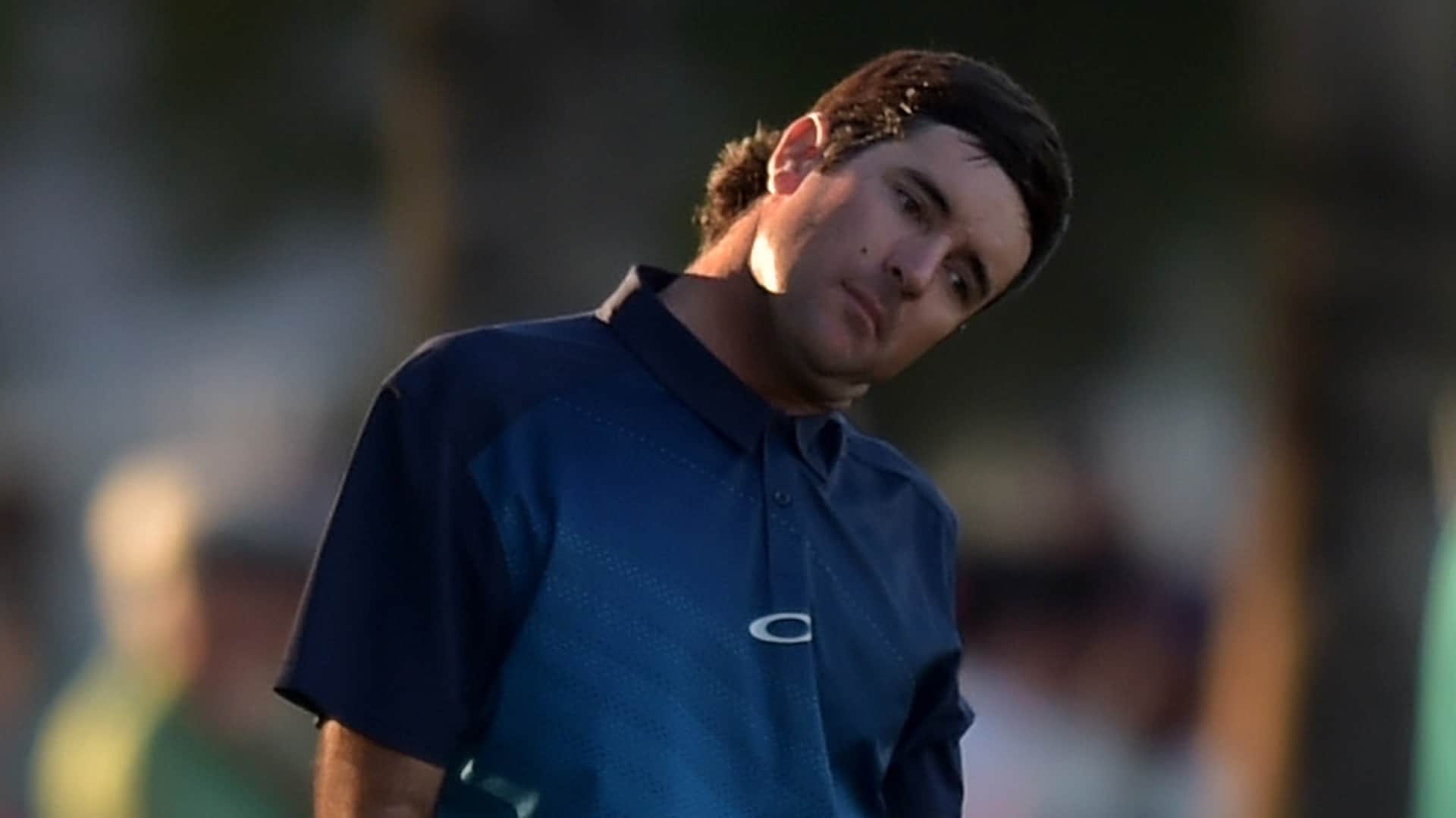 DORAL, Fla. – Following his victory two weeks ago at the Northern Trust Open, Bubba Watson explained that he is learning to control his emotions both on and off the golf course.

On Sunday at the WGC-Cadillac Championship, where he finished alone in second place and one stroke behind Adam Scott, he put his newfound discretion to the test.

After backing off his tee shot three times at the last hole, Watson finally hit a drive that found the fairway, although he failed to give himself a chance for birdie when his approach sailed long.

Asked what he was struggling with on the 18th tee, Watson paused for a long moment.

Despite not being able to catch Scott, Watson said he remains confident in his game and that he is looking forward to next month’s Masters.

“What I'm working on in my head is working out,” he said. “Right now, I've got the energy and the mindset to play some decent golf, so very positive, very happy about the week and what took place.”

He also has history on his side. The two times Watson has finished runner-up at the WGC-Cadillac Championship (2012 and 2014), he went on to win at Augusta National.