Caddies the story for Henderson, Pettersen at Coates 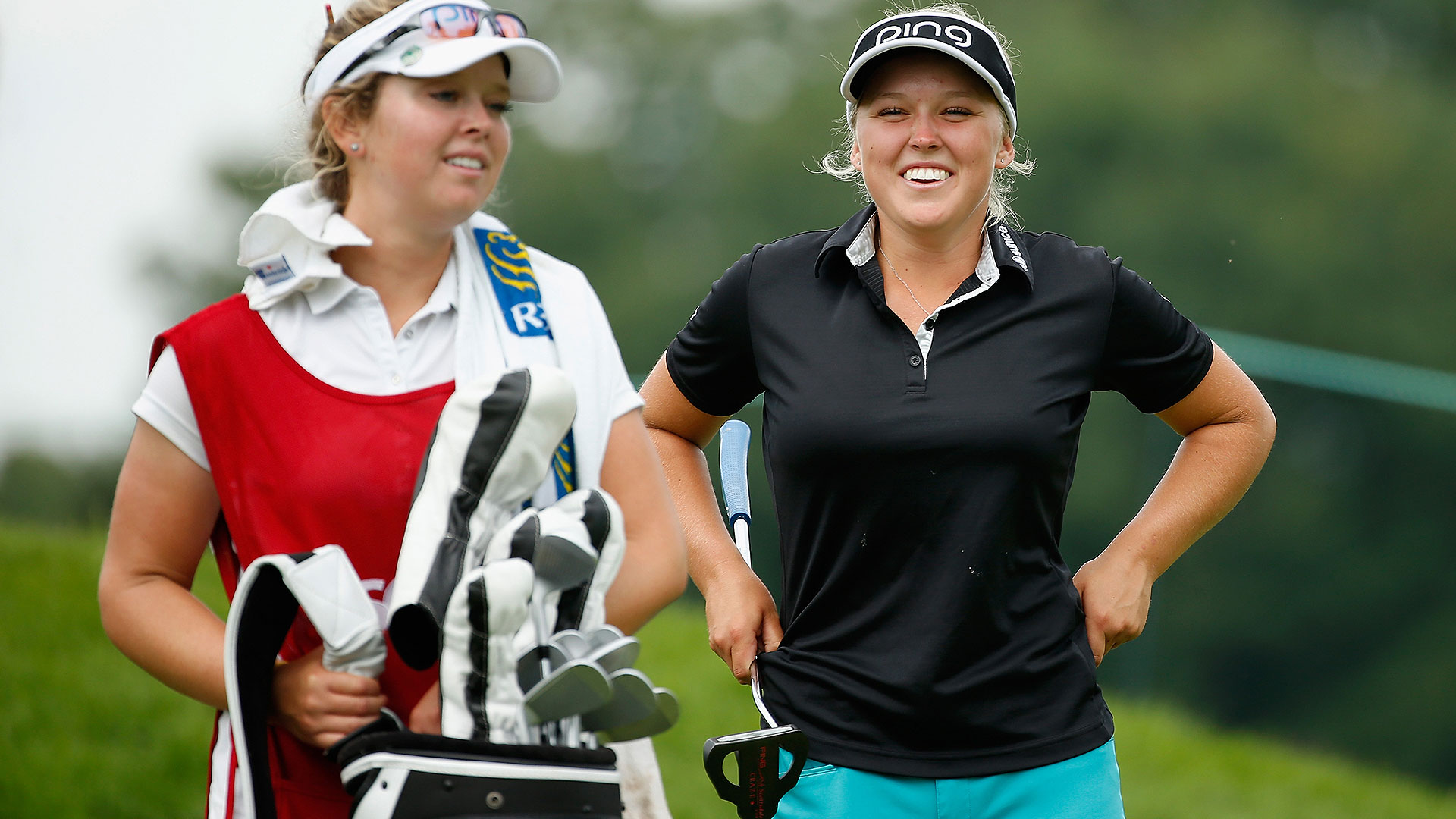 OCALA, Fla. – Brooke Henderson is comforted knowing her older sister, Brittany, is back on her bag again this week for the Coates Golf Championship.

Suzann Pettersen has made a major caddie change, hiring Duncan French, who was with Michelle Wie the last few years. Wie’s new caddie is one of Pettersen’s former caddies, Dave Brooker, who also once caddied for Lorena Ochoa.

For Henderson, 18, there’s familiarity making her start with Brittany, with the possibility it could end up as a full-time partnership. Brittany has full status to play the Symetra Tour.

“Britt is also going to go over to Australia with me,” Brooke said. “As for the rest of the season, we aren’t 100 percent sure yet. It looks like she may become a full-time caddie, but she still likes to play.”

Brittany, who is six years older than Brooke, was on Brooke’s bag for much of last season, even as Brittany played the Symetra Tour. Brooke returned the favor, caddying select events for Brittany, even after Brooke won the Cambia Portland Classic to earn LPGA membership.

“It’s incredible having Brittany caddie for me,” Brooke said. “Growing up, she always helped me along the way, and I owe her a lot. She’s been a role model for me my entire life.

“I know Brittany is good enough to compete on the LPGA tour and compete with me every week, but I don’t know where she is in her decision making, if she wants to purse that herself, or take a year to help me get a little better.”